While their counter parts in the Philippines, Malaysia and Singapore are quite Insta-famous, rich kids from Indonesia can keep up and even have their share of controversy. From deadly car accidents to the heights of couture fashion, you’ll find that Indonesians have their own set of lit elite.

Want to know more? Hear they are:

As a rich kid who took Instagram and the fashion scene by storm, he has a collection of handbags, shoes and other luxury items that cost up to USD 740,000. The son of a real-estate tycoon, he is currently studying fashion in New York and owns a four-story house there.

While not strictly a “kid”, he’s been rich for his whole life and he sure is leading the balling lifestyle. As the grandson of one of the richest women in Indonesia, the world is Richard’s oyster. Ostentatious cars, clothes, watches, jewelry and boats are just normal things for this uber rich grandson.

Son of popular musician Ahmad Dhani, the youngster was already driving a car at age thirteen when a terrible automobile accident happened to him. The rich kid was a suspect in a deadly car accident that claimed the lives of six people in the wee hours of a September day in 2013.

Dhul was not given a prison term (since he was underage at the time) and continues to post about his aspirations (and private jet trips) to be a singer like his father.

26-year-old Wiyang Lautner was driving a Lamborghini when he rammed a Ferrari into a sidewalk that killed several people back in 2015.

While the fact he was using a Lambo is enough to call him a rich kid, what cemented his status was when he was not arrested for the accident. What’s more, there was an ad taken out in a newspaper that threatened anyone who would spread false news about Lautner. Talk about the power of money.

A post shared by Rich Kids of Indonesia (@richkids.indonesia)

When a girl can go to Vegas for the weekend on a private jet while toting a Birkin, you know she’s a rich kid. What do these kids do in Vegas? They probably gamble away in one night your whole year’s salary!

Uber chic fashion designer Dian is one of the most followed Muslim women on Instagram.

Not only is she a rich kid with regular trips to the fashion capitals of the world, she is also a brand ambassador for a cosmetic company and creative director of her own fashion studio.

Are rich kids actually busy? While it looks like Jevon Andrean is busy going through some work on his golden iPad, please take note that he’s doing so in a Bentley! In his other posts, he’s also deriously doing something in a BMW, a Benz and of course, the ubiquitous Lamborghini that the Indonesian elite seem to favor.

Nothing says rich like the an address in Beverly Hills, constant traveling, designer clothes and an equally posh boyfriend. Ariel Brasali is the grand daughter of Budi Brasali (net worth of around $420 million), who has been at the top of the real estate game in the country for the past 40 years.

Another Insta-famous girl with over 40,000 followers, Beverly’s sometimes-grey eyes and killer fashion sense only highlights the rich lifestyle she leads. The traveling, designer bags and impeccable taste only mean that she’s going to be (if she isn’t already) an It girl.

What do you think of these Indonesian rich kids? Let us know in the comments! 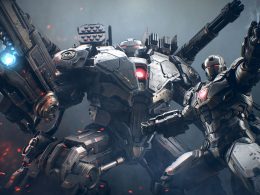