Legend has it that Transformers have been living among us since the dawn of time but their existence has been kept in the shadows for their protection as well as ours. However, in recent years, they have been spotted out in the open and interacting with humans.

In the past few weeks, we have gathered reports that a Vespa Transformer identified as Sqweeks has been roaming freely in Singapore. This is a call-out to all Transformers fans to help us locate this autobot and give him a proper welcome to our island.

So be part of the Transformers: The Last Knight ‘Search for Sqweeks’ online hunt and stand a chance to win limited edition Vespa Primavera ABS.

Interested parties can join the ‘Search For Sqweeks’ at the Facebook event page by clicking on “going”. From 15 to 18 June, participants will have to work out the correct location of Sqweeks based on 5 clues randomly revealed on the event page. The first 15 participants to solve all 5 clues will qualify for the final round.

At the movie premiere of Transformers: The Last Knight on 20 June at Shaw Theatres Lido, 15 finalists will compete for the top prize of a limited edition Vespa Primavera ABS, a pair of tickets to Transformers Run 2017 Singapore and a Hasbro Transformers hamper valued at over S$10,000.

Other winners will stand to bring home prizes including a 2D1N staycation at PARKROYAL on Pickering and a buffet dinner for two at Lime Restaurant, Transformers Run 2017 tickets, Hasbro Transformers hamper and limited edition Transformers: The Last Knight movie merchandise. More details in here.

Fans of the Transformers franchise will be familiar with the idea of robots hiding in plain sight in the world that we live in. This notion has captured the imagination of children and adults since the first installment and it is the primary reason why the franchise is as big today as it ever was.

In Transformers: The Last Knight, get ready to be acquainted with a new duo for the next generation: Izzy (played by 15-year-old American actress, Isabela Moner) and her autobot sidekick, Sqweeks. The diminutive autobot stands at 3’6’ (1.07m), has huge bulbous headlights for eyes and is undeniably cute. He is a refugee Transformer who possesses the ability to transform into his original vehicle form, a Vespa.

In this fifth instalment, Sqweeks will be introduced as the newest face of the autobots as movie goers discover the unique bond that Izzy develops with this new character.

Transformers: The Last Knight out at 3D and IMAX 3D cinemas from 22 June. 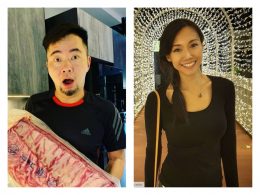 Daniel Ong, known for being a former Mediacorp DJ, underpaying is former foreign workers, and closing his Rookery…
byDanielle Ann Introduction Kia has in recent decades improved by leaps and bounds in build quality, reliability and image and…
byTakeshi Kawaguchi
Hello. Add your message here.
See how Snapask has been helping out over 3 million students around the world. Find a perfect plan