Big congratulations are in order for AirAsia on achieving half a billion guests flown on the airline in just sixteen years. From starting out in 2001 with just two aircrafts and 200,000 guests, AirAsia has turned their humble beginnings into something out of their wildest dreams.

Recently, we learned that they now boast more than 200 planes and over half a billion guests flown and counting. The celebration took place in Bangkok, Thailand, where the 500 millionth guest, 34-year old Dr Panut Oprasertsawat, resides. The lucky flight that made him AirAsia’s half a billionth guest was from Phuket to Bangkok Don Mueang on 18th March, 2018, a route that he commonly takes for work purposes. Coincidentally, he is a big fan of AirAsia, clocking 33 flights with the airline under his belt.

He prefers AirAsia due to their high flight frequency, affordable airfares and excellent services. To kick off the #HalfABillion guests flown celebration, a special upbeat dance routine was performed by the multi-talented AirAsia staff, followed by a grand entrance from the man himself, AirAsia group CEO, Tony Fernandes.

He gave a heartwarming speech expressing his gratitude for the entire AirAsia group and to all the guests that have flown with his airline over the years, whom he amounts all of the airline’s success to. Being able to contribute positively to the region’s economy through tourism and job creation is something Tony Fernandes takes tremendous pride in.

Dr Panut Oprasertsawat, was then invited on stage with the special guest and a crowd favourite, Thai Actor/Singer, Pope Thanawat, where the 500 millionth guest received a surprise gift. The original prize for Dr Panut Oprasertsawat was 3 million AirAsia points and a 30,000THB voucher.

However, the generous Mr. Fernandes spontaneously decided to change the prize to a lifetime of free flights for Dr Panut Oprasertsawat and his wife to show his appreciation for his dedication to AirAsia over the years. The AirAsia team was then invited up on stage to share the glory of half a billion guests flown, followed by a surprise performance by Pope Thanawat and a lucky draw meet-and-greet on stage, rounding up the special night perfectly. What can we expect from AirAsia going forward?

Tony Fernandes may have spilt some exclusive news about opening their airlines up to Europe down the line. He singled out Prague specifically. Get ready to pack your bags and contribute to the next #HalfABillion! 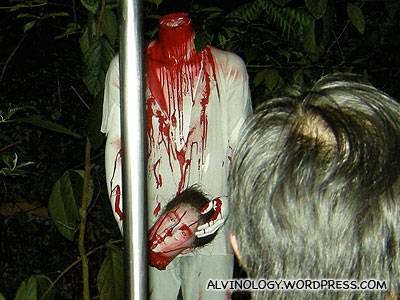 This Halloween the Singapore Night Safari has a closet full of scares awaiting visitors, as it transforms into…
byalvinology

Shopee is expanding on its initiatives to help brands and retailers launch, scale, and succeed online, starting with…
byIrone Kim