The Baby Elephant at Night Safari has been named – Neha 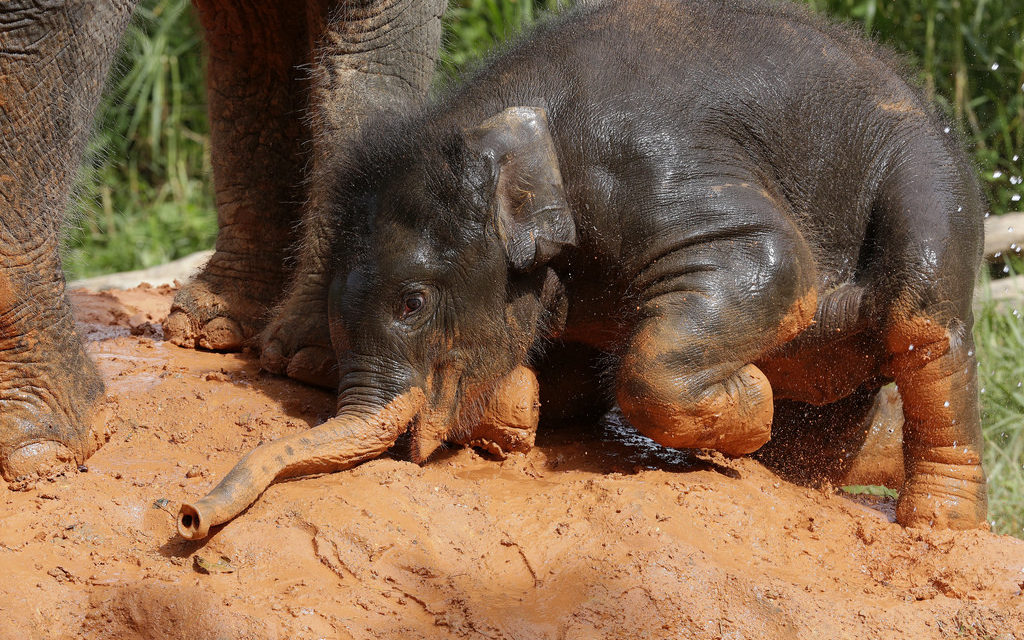 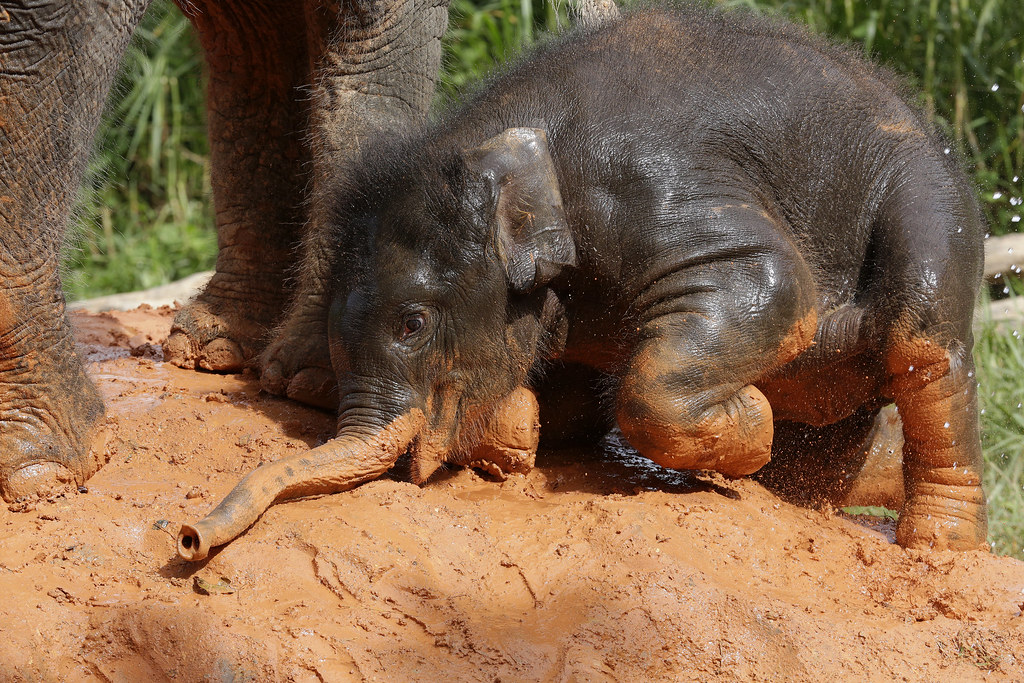 Night Safari’s largest baby of the year officially has a name and it is a rather lovely one. Neha, which means love in Hindi, is the chosen moniker for the park’s five-month old baby Asian elephant who tugged hearts all over the Internet when she debuted in her colourful play pool earlier this year. 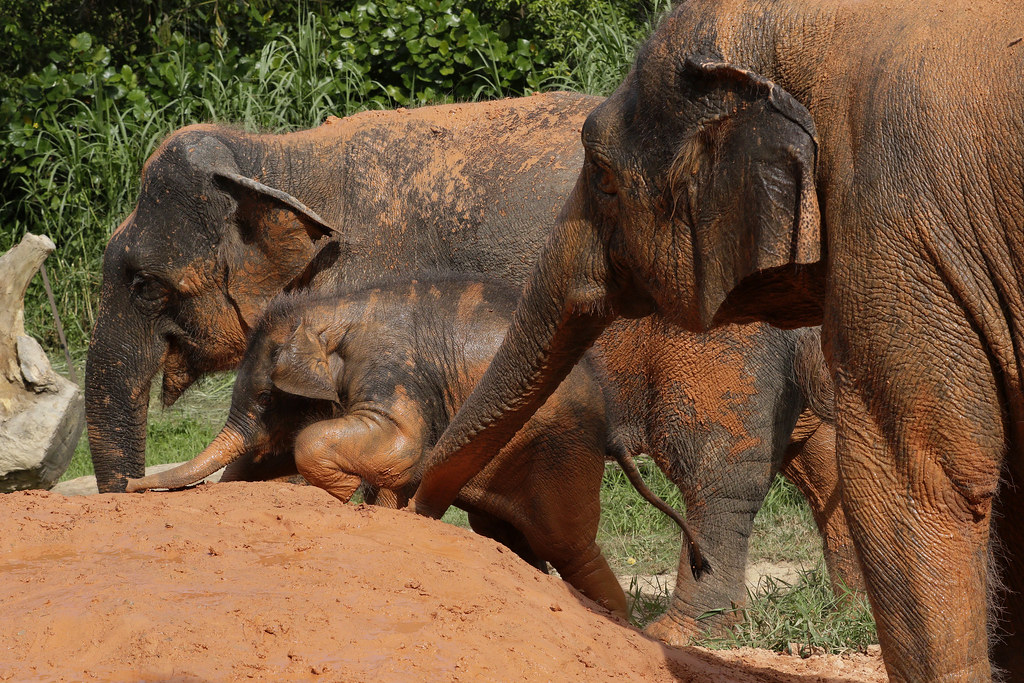 In addition to her daily routine of morning walks, naps and playtime with her favourite elephant aunty, Tun, Neha has recently discovered a rather messy way to fill her afternoons – gleefully scaling the mud mountain in her exhibit with unadulterated joy! 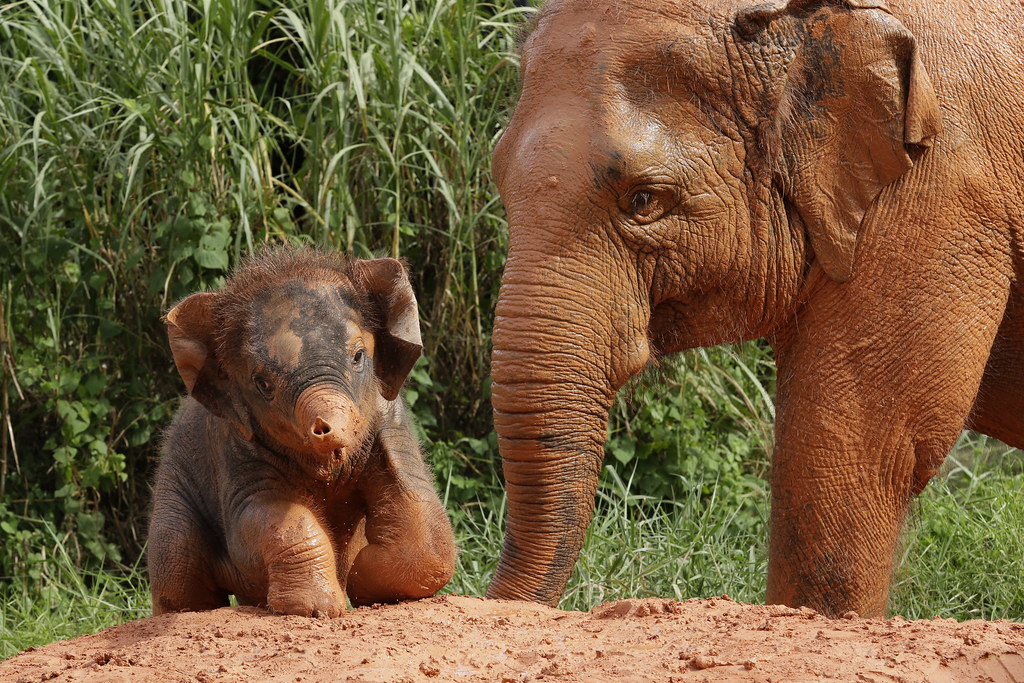 Her infectious joy almost always prompts the other adult females to join in, leaving them all dolled up in an orange sheen in time to welcome guests to Night Safari when dusk falls.

While mom’s milk continues to make up her staple diet, Neha has started trying to munch on bananas as she experiments on solid food. She has been steadily gaining weight at a rate of 1-2kg daily (normal for an elephant) and is now 352kg, more than double her weight at birth. Her human carers say she is an exceedingly playful and carefree elephant.

Neha is the offspring of Chawang and Sri Nandong, and is adopted by JTB Pte Ltd. She is the youngest of six Asian elephants—two males and four females—which call Night Safari home.

Asian elephants are listed as endangered on the International Union for the Conservation of Nature’s Red List of Threatened Species, more so than their African counterparts. Threats include habitat loss and human-elephant conflicts. The native homes of the Asian elephants are often being logged and cleared for urban and agricultural development.

There are only an estimated 40,000 to 50,000 Asian elephants left in the wild today. To support the conservation of this majestic species, Wildlife Reserves Singapore plays an active role on the steering committee of the Asian Captive Elephant Working Group, and was instrumental in setting up the Asian Elephant Endotheliotropic Herpes Virus Taskforce.

In addition, WRS has funded field projects for Management and Ecology of Malaysian Elephants in Malaysia and ElefantAsia in Laos, and currently supports the work of the Elephant Response Unit in Way Kambas National Park in Sumatra. 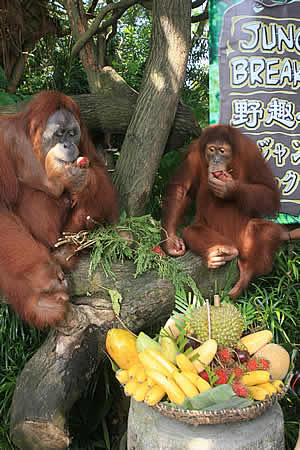 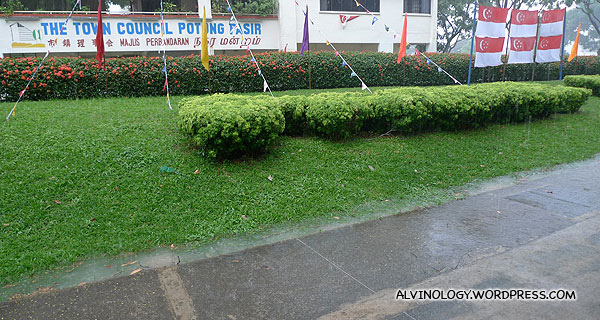