A world of difference from the more exotic Siem Reap, Phnom Penh reverberates with the sounds of urbanisation and the scents of commercialisation.

As with any other city, there’s no better way to see how locals live than through street photography. Armed with a Panasonic Lumix GX8 in my hands, I walked through the streets of the capital of Cambodia for a one-day glimpse of the city along the mighty Mekong.

Our day began at dawn at the Riverfront Park, where locals gather in large numbers every morning. At 6am in the morning, the locals appeared to be already in full swing — a big group of elderly locals were engaging in tai chi, kids were running around bare-footed, and the streets were all astir. From the Riverfront Park, we travelled a short distance by foot to the Wat Ounalom, said to be the headquarters of Cambodian Buddhism. Located on Sisowath Quay, Wat Ounalom was established in 1443. It suffered damage during the dark days of Khmer Rouge but has since been restored. The main complex houses a stupa which reportedly contains an eyebrow hair of Buddha and an inscription in Pali. In the evening, we made our way to the Royal Palace to catch the sunset. With its classic Khmer roofs, the ornate building is more than a century old. Today, it serves as the residence of King Norodom Sihamoni and former King Norodom Sihanouk. The area appeared to be another popular spot with the locals, for it was bustling with activities and teeming with people. Phnom Penh may not be a place that resonates with everyone, but scratch beneath the surface and you might be able to see why some have fallen for its charm.

All photos were taken with the Panasonic Lumix GX8. Photos © Katherine Goh. 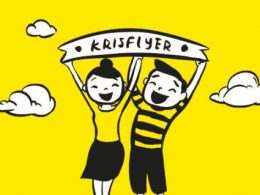