Kelly was born to middle-aged parents. Her dad is in his late 50s and her mum is in her late 40s. Celebrating her fifth birthday this year, Kelly has mild Down Syndrome.

When she first became a toddler, Kelly’s father tried to enrol her in a normal preschool.

Initially, teachers at the preschool were hesitant to accept Kelly. After all, none of them were trained to handle her special needs. Morever, they were afraid that the childcare environment may not be suitable for her learning needs.

When her father learned of this, he became rather abusive to the teachers at that centre.

Flustered by his situation, he shouted at them and refused to understand why it was difficult for them to accept her.

Empathising with the girl’s father, the preschool eventually agreed to enrol her in K1.

To ensure that teachers at the centre would handle her specific needs, the principal of the centre enrolled them in workshops which focused on the needs of Down Syndrome kids. Teachers were also told to be extra patient with Kelly, and to provide her with special attention.

Beyond managing her unique requirements, the teachers needed to manage her frequently flustered dad. Rather than blame him for his outbursts, however, they empathised with his situation. Thankfully, Kelly’s mother was a very nice lady.

One unfortunate day, Kelly’s house caught fire. Apparently, she played with a lantern during the mid-Autumn festival and accidentally set the home in flames.

The frightful incident led poor Kelly to develop a phobia for lanterns. She also suffered from post-traumatic stress, and took a while to recover.

To help Kelly recover, her preschool teachers like Xiao Ping Lao Shi spoke to her very gently after that fateful day. They also read story books to her, and invited her do drawings as part of the therapeutic process.

Over time, Kelly’s dad saw the good which came out of her experience at the preschool. He was so grateful to the centre that he even bought fruits for all the staff at the end of the year.

Kelly has since graduated from K2. With the help of the preschool, her dad managed to get the girl a place in the Asian Women’s Welfare Association (AWWA) school for special needs children.

There, Kelly would be able to continue her education with specially trained teachers in an environment that was specially suited for her.

Join the Equal Head Start movement and play your part in helping kids from all backgrounds to gain an equal start in life. Visit us at Equalheadstart.sg and like us on Facebook (http://facebook.com/equalheadstart).

Durian festival disaster: 4-hour queues to get tiny durian or none at all for $5

Durian season is drawing to a close, but the demand for the seasonal fruit is still going strong,…
byDanielle Ann 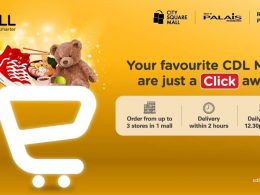