Fuel is ubiquitous in our everyday life, so much so that many of us just take it for granted, especially city dwellers. What if you wake up one day and find yourself having no access to fuel? This is not a dystopian nightmare conjured by environmentalists, but something that is happening right now in landlocked Nepal, sandwiched between the two most populous countries in the world, India and China.

Nepal recently introduced fuel rationing because of shortages. The people blamed it on neighbouring India, where Nepal gets all its fuel from. India is accused of imposing an unofficial “trade blockade”, supposedly to pressure Nepal to amend its new constitution which ruffled the feathers of Indian politicians.

On social entertainment platform migme where I work, #backoffindia is trending among Nepali users, while there are limited users taking on the #NepalwithIndia or #IndiawithNepal hashtags to make peace.

Why are the Nepalis so angry and bitter?

Nepali singer-songwriter and musician Abhaya Subba, best known as the front woman of rock band Abhaya & the Steam Injuns (@abhayandsteaminjuns), shared with us that the fuel crisis is worse than the April 2015 Nepal earthquake.

“It’s even worse than the earthquake—because during the natural calamity, there was a unity that took the country forward. During the fuel crisis—we feel helpless as we are in this spot because of our corrupt politicians,” said Subba.

You have to be in Nepal to experience it yourself to feel the frustrations.

Fuel prices had gone up more than five times as a result of the shortage. Drivers of motor vehicles, including public transport have to queue for days, in lines that span tens of kilometers just to get petrol.

For the buses that are still operating, these are packed to the brim, with people seated on the roofs, perched on the doors and hanging precariously to the sides. I cannot imagine the amount of deaths if any of these buses get into an accident.

At home and restaurants, people are switching to food which can be cooked quickly to conserve gas, a precious commodity during the fuel crisis. For foreigners like myself, it means having to miss out on the famous momos (Nepali meat dumplings) as many restaurants refuse to serve them as they require long cooking time.

Even for a tourist with money to spare, the fuel crisis can still be felt acutely. On our flight back from Kathmandu to Singapore, our plane had to stop at Calcutta for refueling.

We spent a lot of time walking from place to place for meetings as taxi fares had gone up at least five times. In any case, even if you have the money, there are hardly any taxis available on the road!

What is Nepal doing in the interim?

Staying innovative and good humored. Nepalis show that they always get by and seem to be coping as best as they could.

Nepal’s Home Ministry introduced an “odd-even system”, meaning vehicles with odd number plates can only operate on odd dates, and even number plates on even dates.

Some Nepalis have taken to the street of Kathmandu in peaceful protests to make their displeasure heard. In an interesting twist, a group of Nepalis gathered outside the Indian embassy in Kathmandu to “donate” oil, trending the satirical hashtag, #DonateOilToIndianEmbassy on social media.

You can take away things, but the human spirit is indomitable as long as the people have pride.

For me, this was best experienced over a simple breakfast of puri and curried vegetables at the home of Rajiv Rinchen Palzer, the lead guitarist from Abhaya and the Steam Injuns. Rajiv did not make a fuss of it, but I found out later that a hot meal with freshly-cooked puris use a lot of gas and this was not just a simple meal when there is a fuel shortage. I will remember this hospitality for time to come.

The Nepali festive holiday Dashain is happening now. At first, I was worried about how they were going to celebrate with a fuel crisis ongoing.

Then I think of the people I have met during my short trip to Kathmandu… They will get by and they will get on fine. 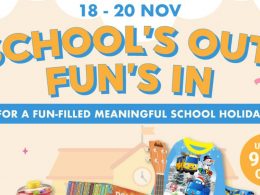 Kick off your child’s school holiday on the right note with Shopee’s School’s Out, Fun’s In sale happening…
byIrone Kim

If you visited Raffles City shopping centre recently, you would have seen the over 80 Marvin the Martian…
byalvinology 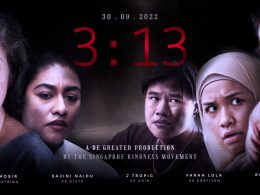 In the past two interactive films, The Dress and The New Neighbour/s both explored the different paths of…
byIrone Kim