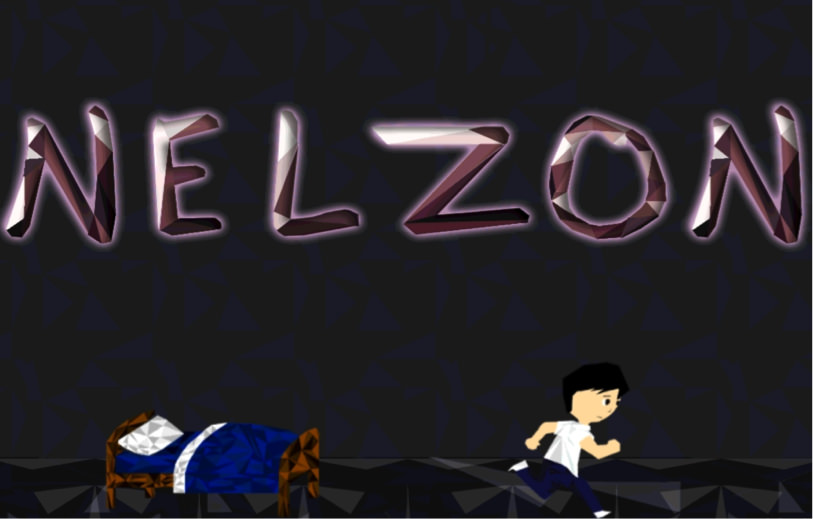 Earlier in May, a 34-year-old Singaporean man was shot dead by police and two others were arrested in an incident near the Shangri-La Hotel, where a high-level security summit was being held. A bag containing white powdery substances, believed to be controlled drugs, was recovered in the car.

The dead man leaves behind a pregnant fiancée.

Drugs ruin lives. In this case, it didn’t even matter if the deceased and the two arrested personnel had even consumed drugs that day. Possession of controlled drugs might have caused them to panic and made the silly decision to charge through police barricades for routine traffic checks.

Within Singapore, there are many cautionary tales of how drugs ruin lives. These are not fairy tales, but stuff you read in our daily newspapers.

To educate the public on the detrimental effects of drug abuse, the Central Narcotics Bureau’s Preventive Education Unit and Nanyang Polytechnic’s School of Interactive and Digital Media have joined hands to launch a brand-new game app called “Nelzon”. 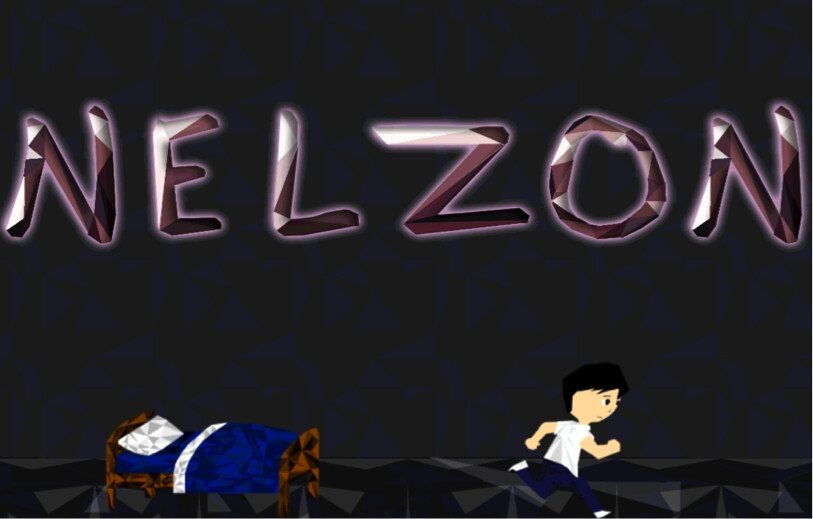 Nelzon is specifically designed with youths and teenagers in mind, gamifying real-life scenarios where they face peer pressure, among other factors which may cause them to fall prey to drug abuse.

Nelzon is a 15 year old school-boy whose family is plagued with serious financial problems. He is doing his part to ease his family’s concerns by slipping in numerous odd jobs. He is exhausted having to balance between studies and work. He feels severely stressed-out and at this critical juncture, a mysterious stranger approached him to offer drugs. He knows that drugs are harmful and that consuming drugs is an illegal act. Can Nelzon resist this temptation? Or will Nelzon fall victim to his Evil Conscience? 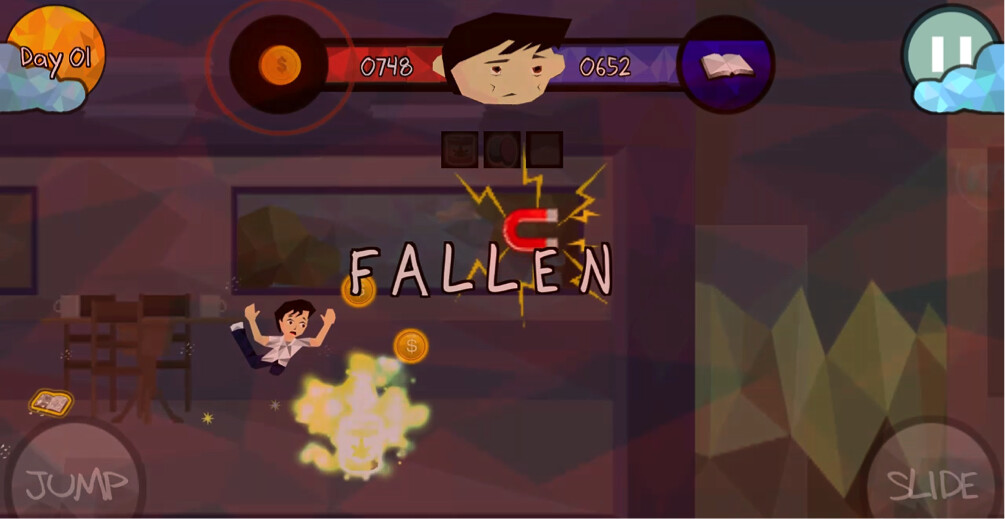 What is the Nelzon app all about?

It is a 2D survival runner game where players take Nelzon’s (Avatar) role to evade and battle his inner Evil Conscience, who constantly appears from nowhere to tempt Nelzon into taking drugs.

For the ease of players’, navigation is made easy by pressing the “Jump” or “Slide” button to get across 5 different game scenarios, avoid drugs and collect sufficient rewards (Coins, Books and Power-Ups) to last him through the day! The longer Nelzon survives, the more the days increase, the higher your score! 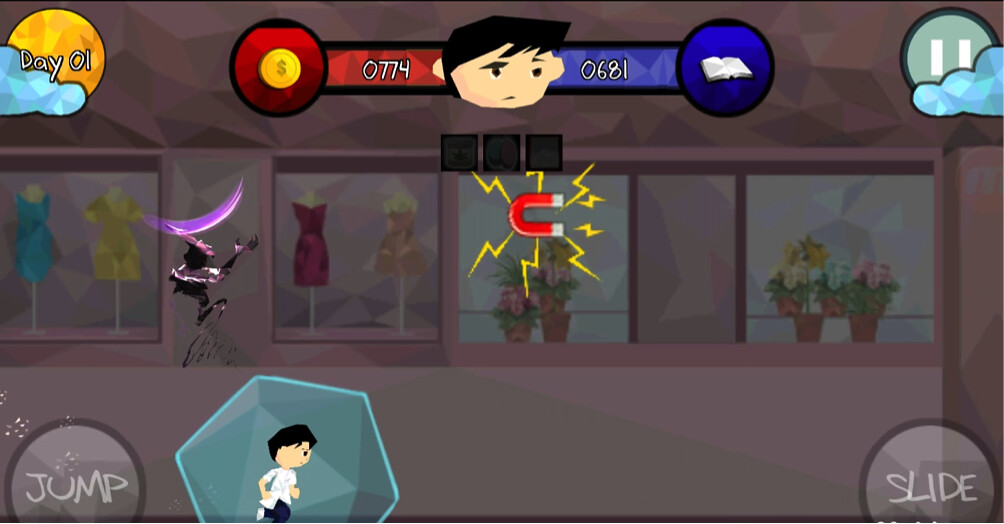 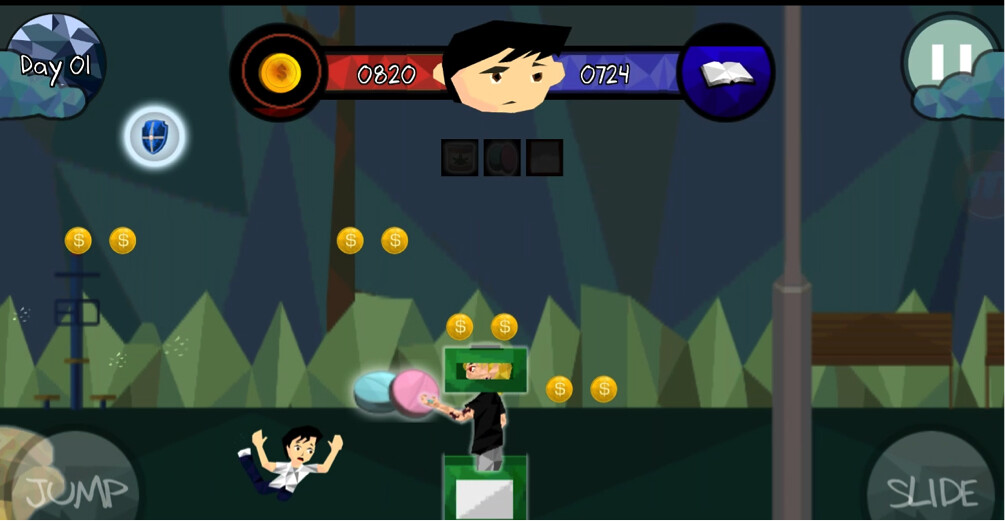 Here is a game which parents should encourage their kids to play more! By saving Nelzon in the game, you will learn a few useful tips in life and avoid the pitfalls of succumbing to drugs abuse. This educational game is able to strategically showcase how by creating 2D after-effects after Nelzon consumes or receives the drugs from the gangster. 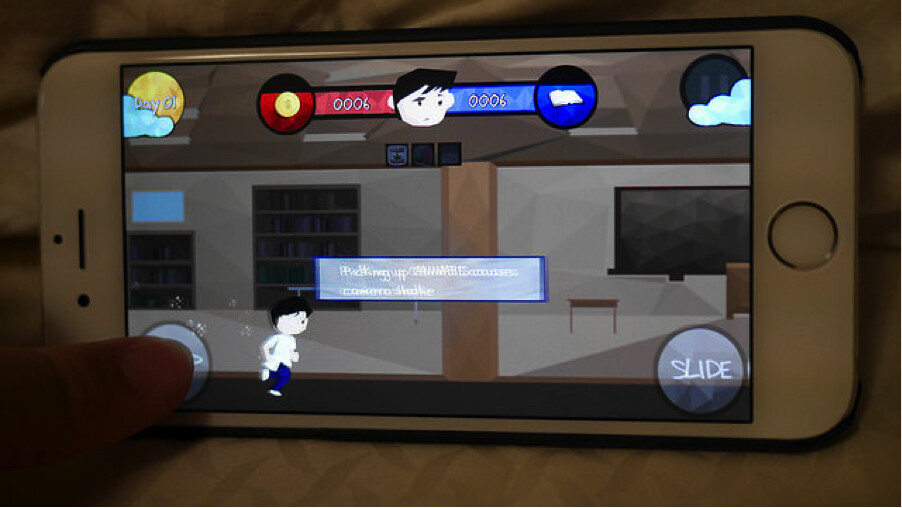 I downloaded and tried out the game on my iPhone and everything ran smoothly. I don’t usually play games on my mobile phone, but Nelzon was simple enough for an uncle like me to play easily. I am sure teenagers will enjoy it even more.

The gameplay is straightforward and you can tell the students who built it put a lot of heart and soul into this!

The game advocates that an ‘Evil Conscience’ resides in all of us when we are faced with temptations. However, the difference lies in how strong is our inner conscience able to shut the evil conscience out from making us succumb to making the wrong decisions in life. While some of us are able to handle and manage stress; unfortunately, there are some who fell through the cracks and chose to turn to drug abuse when faced with difficult situations. 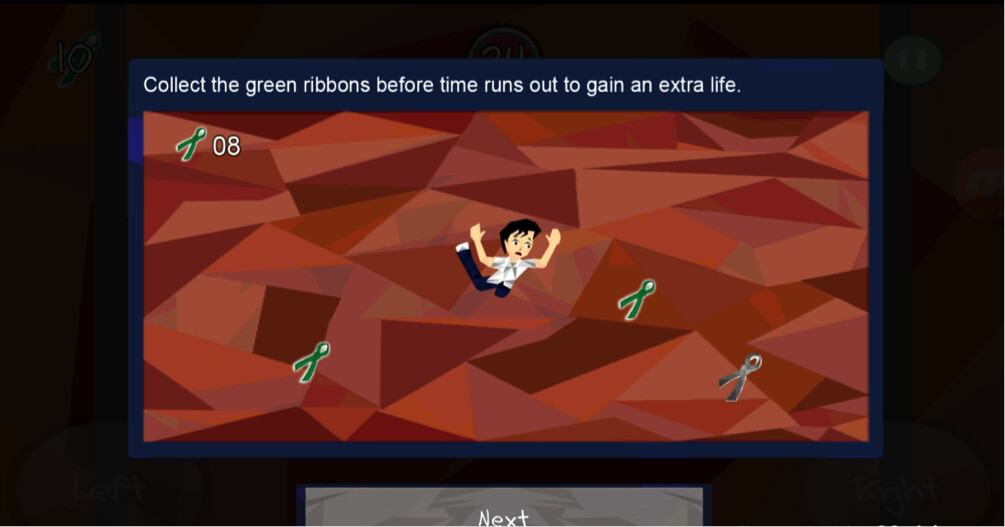 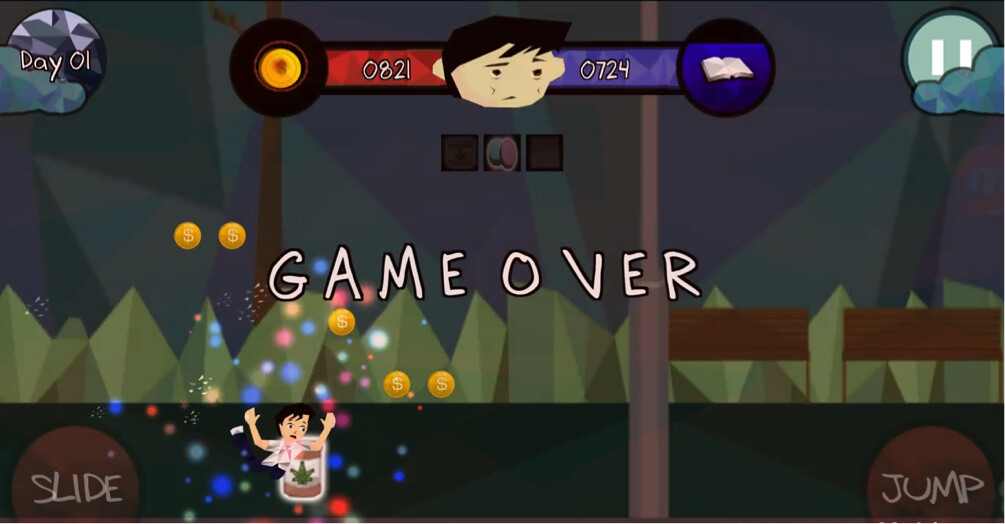 Are we ever this lucky in life to gain a redemption stage when the game is finally over in our lives? No. Perhaps for some, the redemption stage comes when they start to realize how the drugs have taken a toll on their lives and decide to swear off drugs once and for all. However, it does not always result in that scenario. For some, it is too late as they do not have second chances to rewind their lives. The irreversible damage had already been done – inflicting pain to oneself and loved ones included.

For life does not rewind.

Seldom do we get second chances. Like the guy whom I mentioned at the beginning of this post, he was shot dead and left his fiancée and unborn child grieving.

Nelzon seeks to teach everyone this through a fun, educational journey. It seeks to create an increased awareness about the dire consequences of drug abuse in Singapore as we notably see an increasing trend of abuse amongst youths and teenagers. Like the game ends off, “Drugs: You Use, You Lose!” #sayNOtodrugs. 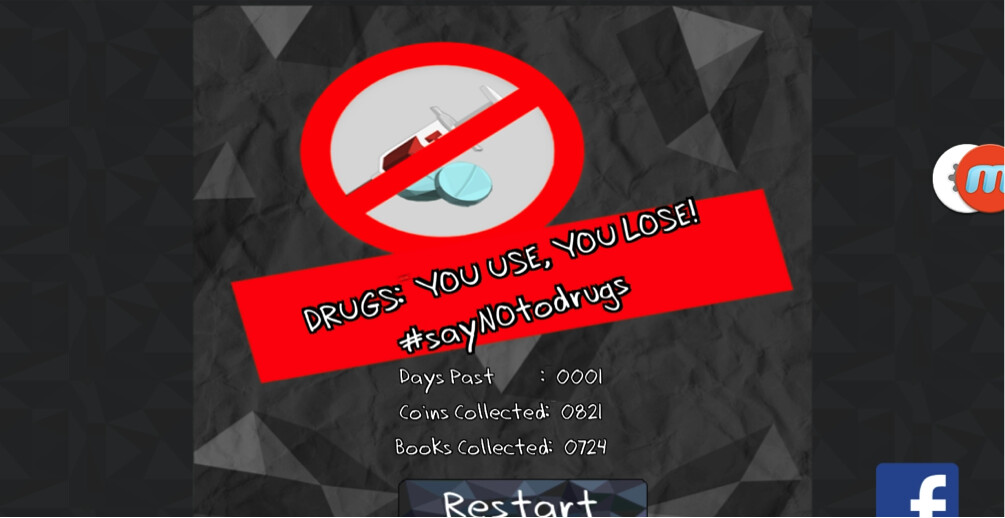 In addition, beginning from 26 June on the “Life Does Not Rewind” Facebook Page, there will be a series of weekly facebook contestsover a span of 12 weeks to win some awesome prizes!

Each contest allows 2 lucky winners, picked through a lucky draw format, to win $50 Capita-Malls Vouchers EACH! To win, simply play the Nelzon game to be eligible for the Facebook Contests as the games would require you to have knowledge on the Nelzon game!

You can download Nelzon for free on either the Apple iOS store or the Google Play store for Android. 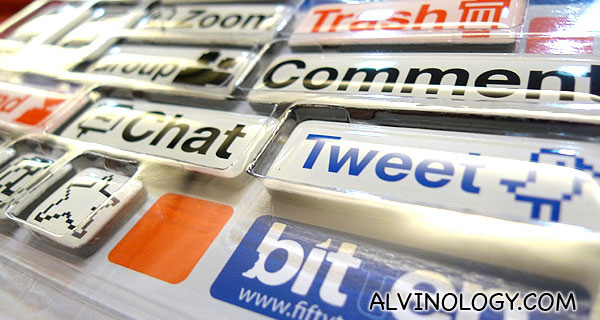 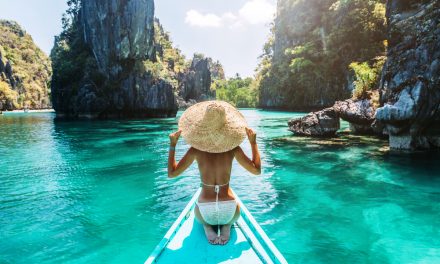 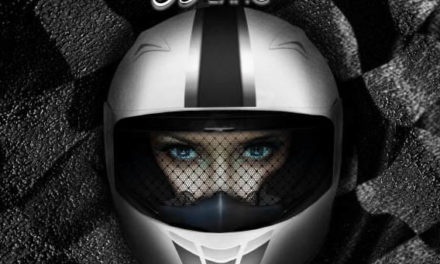 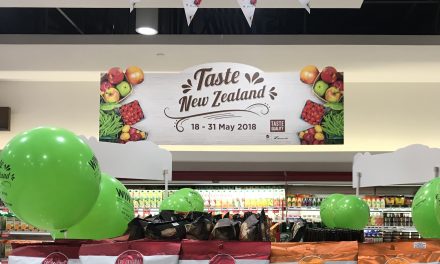 Get a taste of New Zealand at Cold Storage!