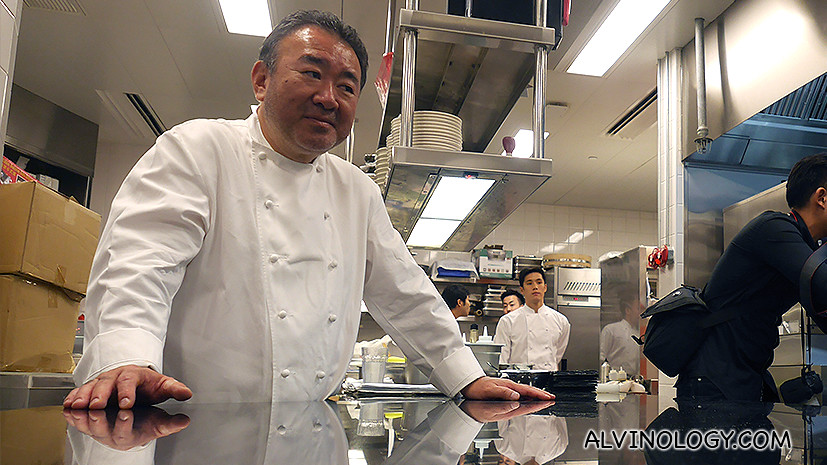 Chef Wakuda and Waku Ghin are both no strangers to awards, having received a number of them. Chef Wakuda’s Tetsuya’s restaurant in Sydney, Australia, was named “Restaurant of the Year” in The Sydney Morning Herald Good Food Guide, 2008 edition. Tetsuya’s has also ranked within the top five of the World’s 50 Best Restaurants list in 2005, 2006 and 2007; and has won an award every year from 1992-2014. Waku Ghin ranks just as well and consistently. 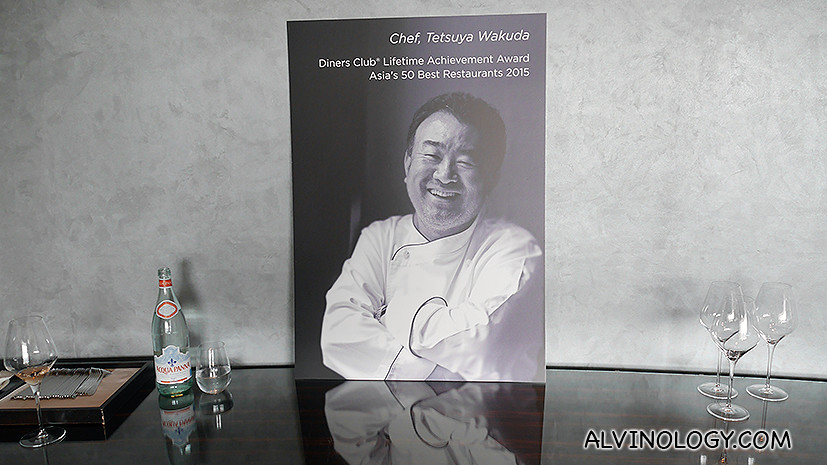 I will share about the dining experience in another post. This one is about Chef Wakuda and the award he was conferred with.

With good humour, Chef Wakuda shared that he was pleasantly suprised to receive a lifetime achievement award at this juncture of his culinary career:

Chef Wakuda is 55 this year and is not exactly a spring chicken, but he shared that he is nowhere near retirement either and look forward to discovering and exploring more culinary surprises. While most would see a lifetime award as the pinnacle of one’s achievement, Chef Wakuda sees it as just the beginning. 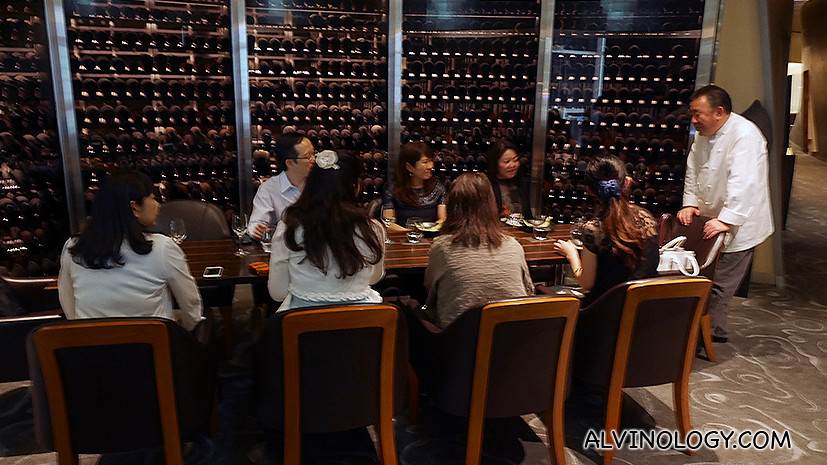 Japanese-born Tetsuya Wakuda has arguably done more to promote his home country’s cuisine on an international scale than anyone else, with a career that has seen him cook Japanese food extensively in Australia and more recently in Singapore.

Leaving Japan for Australia in 1982 at the age of 22 with a suitcase and only a limited knowledge of English, Wakuda made a humble start as a kitchen hand before working as a sushi chef for leading Australian chef Tony Bilson at his restaurant Kinselas, and later learning French techniques. It was here that his combination of classic skills and the nuance and seasonality of Japanese cuisine put him on a trajectory that would reach stellar heights and define his cooking thereafter.

While much of his time has been spent outside of Asia, Wakuda has brought a slice of Japan to Australia, with his eponymous restaurant in Sydney set around a Japanese garden. His gentle and unassuming personality is reflected in his cooking, where he takes the best seasonal produce, whether it be Botan shrimp, Tasmanian Pacific oysters or sea urchin, and enhances it with an elegant, eastern flourish. His style is fresh and uncomplicated with flavours that sing and don’t suffocate the main ingredient. Dishes are often accompanied by perfectly matched wine and sake; Wakuda is the first person to have been appointed as a Sake Ambassador outside of Japan. 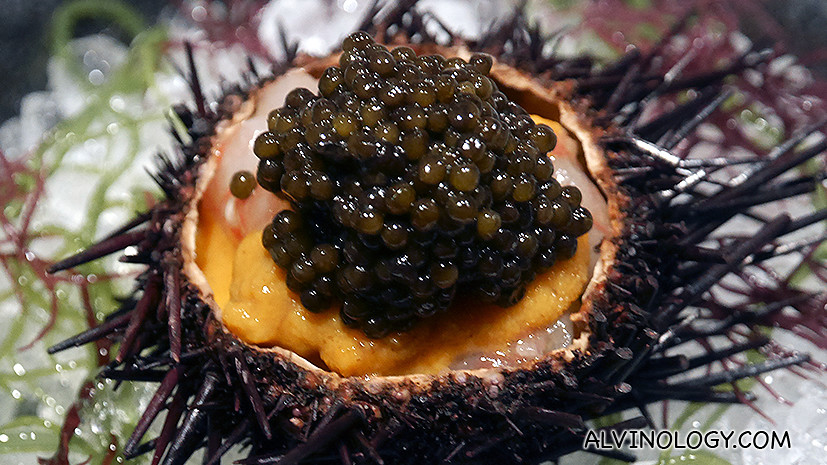 Tetsuya’s reached the fifth spot in The World’s 50 Best Restaurants list back in 2007, cementing Wakuda’s reputation as one of the globe’s premier chefs. Having promoted traditional Japanese cuisine and demonstrated how it can translate to other parts of the globe, he was recognised in 2013 by the Japanese government as the first internationally based chef to be named one of Japan’s Masters of Cuisine.

At Waku Ghin, which he opened in Singapore in 2010, Wakuda continues to demonstrate the evolution of Asian cuisine with his modern, versatile European-Japanese cooking. It is perhaps largely thanks to him that high-end Japanese food is now so embraced and celebrated across the world.

The biggest superhero movie of all time, Avengers: Infinity War is opening in Singapore cinemas today and many…
byalvinology 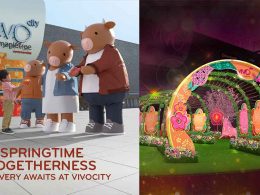 VivoCity Chinese New Year – enjoy bountiful deals and expect discounts of up to 50% off as early as 15 January!

From 15 January to 11 February 2021, VivoCity will be decked out in festive decorations, including a colourful…
byIrone Kim