For those of you not born in the 60s or 70s, here’s an immediate time capsule that would teleport you back to those old-school days.

That’s right. In a first ever collaboration, Resorts World Sentosa (RWS) and one of Singapore’s most recognisable theatrical companies, Dream Academy®, will stage Great World Cabaret (综艺大世界) at Resorts World Theatre. I was thrilled to be part of the media preview about two weeks ago, when the Chinese New Year period was painting the streets with red and festive splendour.

On another stage, at the Resorts World Sentosa theatres, there is another celebration going on – the celebration of the past’s glories and the psychedelic limelight that goes along with it.

The start of the story is that of a night museum where we see the main protagonist, played by Shane Mardjuki, as Great World Cabaret’s emcee Simon Tay. He started reminiscing on those good old days where he was once a young throbbing youth so full of vitality and energy. As expected, the audience were ‘teleported’ back to the 1960s where the Great World Cabaret days were abuzz with colours, lights, and magic. 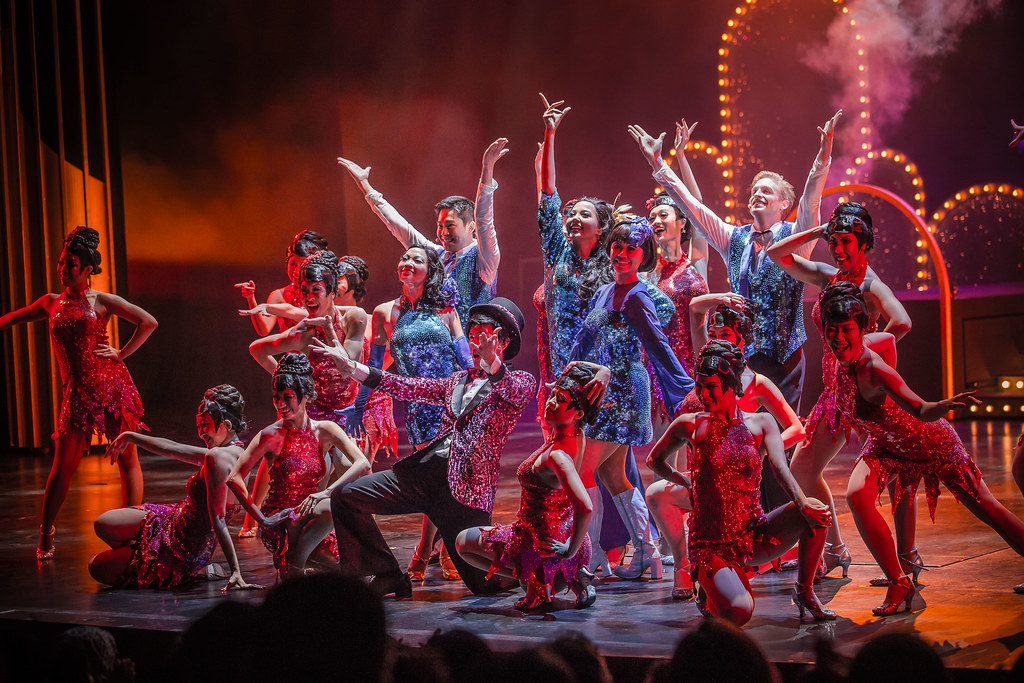 What’s presented on stage are lots of spontaneous dances, musical numbers, magic (literally), acrobats, and even stand-up comedies from some of the most well know comedy hosts in Singapore. 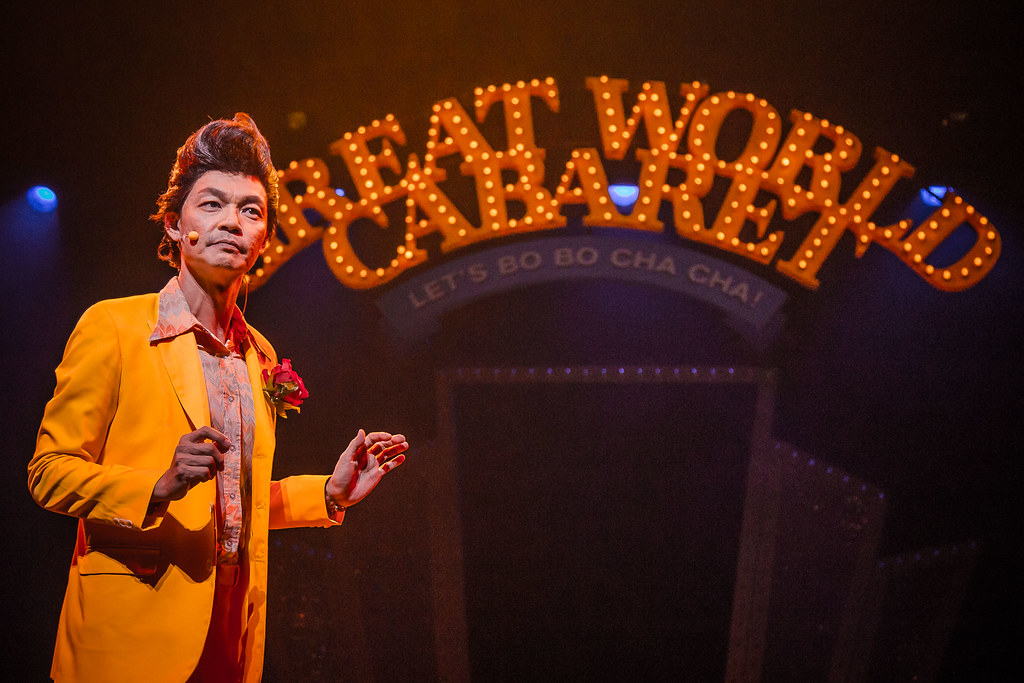 That night, we had Mark Lee, whose tongue-in-cheek jokes (albeit tainted with some adult-rated content)  stole the show with his humorous antics. 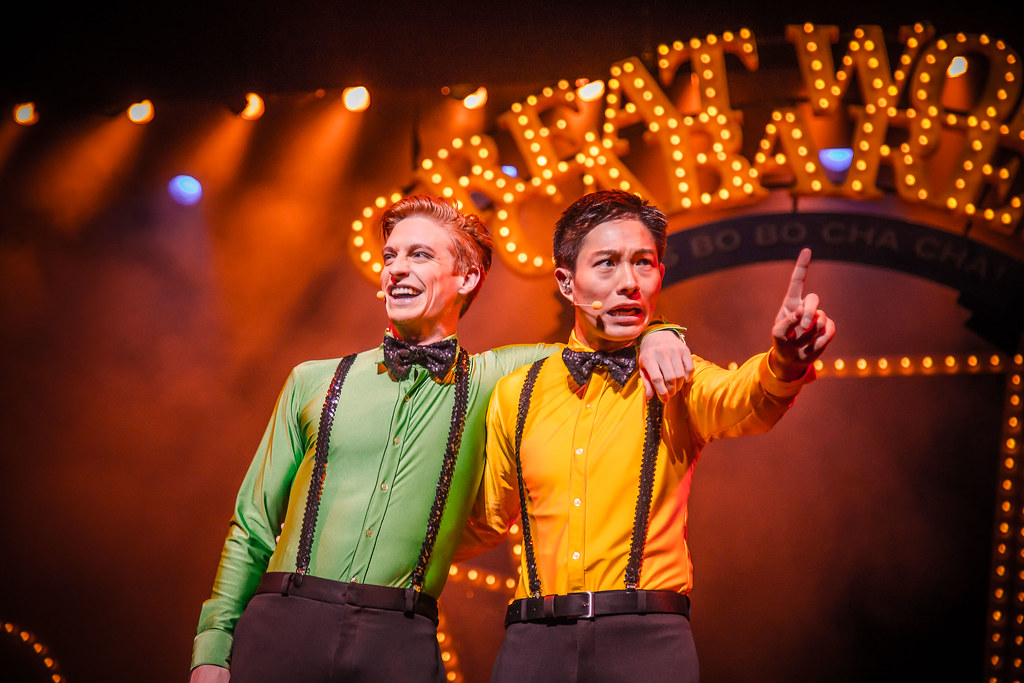 It was a dizzying night of colours, chemistry and choreography on stage as we were treated with an eye-feast of performers, whom, with their on-stage performances sent the crowd into bursts of laughter and joy. Look out for the Siglap Brothers as well as the Drunken Sailors, the latter, especially, shines with their funny stunts. 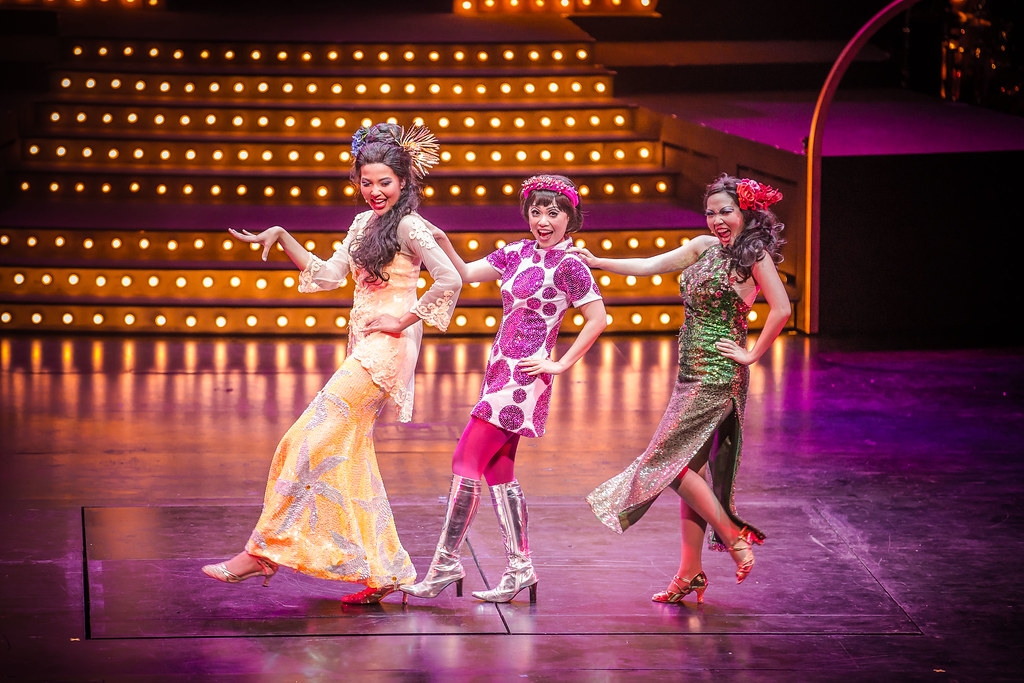 If you are into oldies, you’re in luck. Rose Chan, Sakura Teng and Kartina Dahari each took turns to serenade the crowd with beloved classics like Rose Rose I Love You, Shake Shake Shake and Bunga Melur. 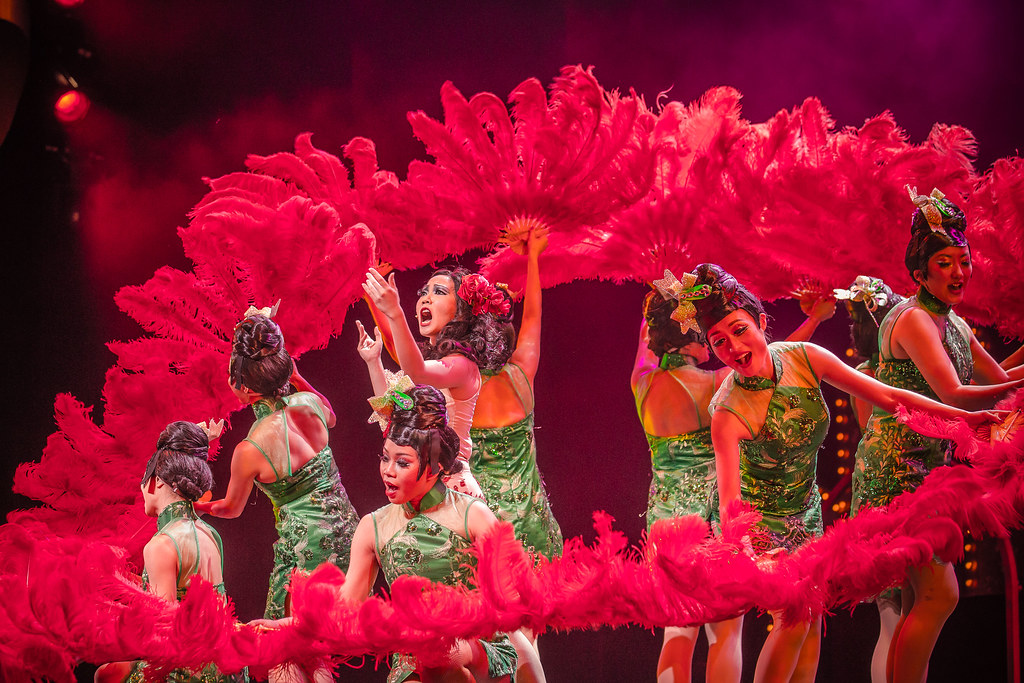 And yes, those girls on stage dazzle you with both their saccharine vocals and their slick dance moves. 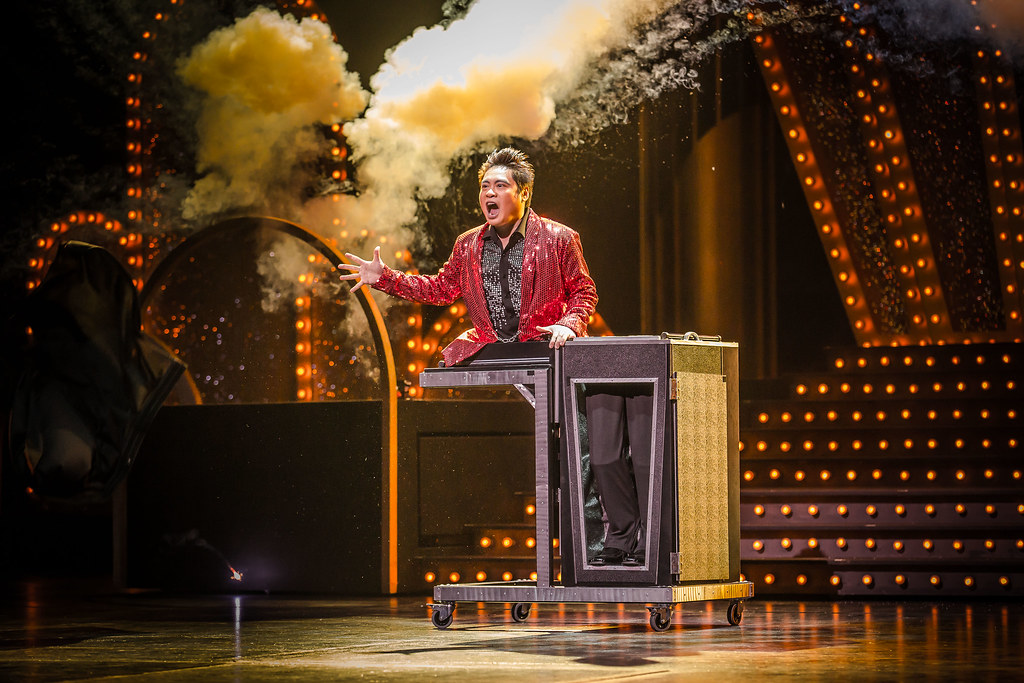 As mentioned, magic on stage was made quite literally with an all new illusion act performed by Mr J C Sum, an award-winning international illusionist, that will keep audiences at the edge of their seats.

Perhaps, what really touched me on that day was to witness crowds of elderly from various community centres who were invited to be part of the media preview. I saw how all of them were glued to the stage. I even spotted a few of them clapping and swaying to the beats of the songs!

Undeniably, us generation X and Y’s may not be able to relate to the show as much, especially if you were born in the digital age glamourised by Iphone screens and tablet wizardry. If, however, you care enough to have an open peer through the windows of Singapore’s fanciful histories in showbiz, Great World Cabaret could provide some good entertainment for you. And don’t forget to pull your folks along. You’ll be thankful if you happen to see them bobbing their heads to the catchy tunes and movements on stage. 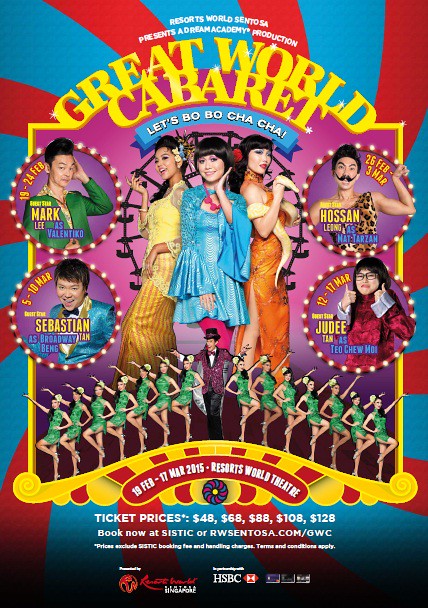 All photos are provided by RWS.

We are coming to the end of 2015 soon and the festive seasons are just round the corner.…
byalvinology

Did you know that Singaporeans have someone to be proud of when it comes to Guinness World Records,…
byDanielle Ann
Hello. Add your message here.
See how Snapask has been helping out over 3 million students around the world. Find a perfect plan