Singapore is the second launch market globally after The CBTL’s debut in the U.S. last Dec. The Coffee Bean & Tea Leaf is a Singaporean-owned and Southern California-based company. They are known for innovations in the coffee and tea retail industry such as the now ubiquitous Ice Blended drinks. The CBTL marks their forage into the single serve coffee market.

At the launch event, we were first greeted by The Coffee Bean & Tea Leaf’s Chief Executive and President, Mel Elias for a friendly introduction to the brand and their various innovations in the coffee and tea retail trade, including The CBTL.

“Existing machines either make espresso only or coffee and tea only. Now consumers can get both in a single, easy-to-use system that is not only functional but beautifully designed as well,” said Elias.

Invited guests then get to experience a hands-on tutorial on making premium coffee and tea using The CBTL System:

After getting to try out The CBTL first-hand, I found it really all simple-to-use and elegant – pop a capsule in; press a button; and tada – your beverage is ready in a few minutes! Clean, hassle-free.

Check out The CBTL introductory video below to get a sense of what I mean:

Designed by Italian company CAFFITALY SYSTEM, the CBTL System comes in two models, the Contata and the Kaldi. Both offer automatic beverage proportioning and a twin pressure system for consistency of taste.

Accessories are also available, including the cordless frothing pitcher, The CBTL Milk Frother, which we also got to play with at the event. With the press of a button, the machine offers both automatic heat control, so milk never burns, and no-guess measurement indicators for correct proportions of milk and froth. I was reasonably impressed by its simplicity. The CBTL Milk Frother retails at S$149 individually or S$99 if purchased with a CBTL machine.

My overall verdict is that The CBTL System offers a range of nifty coffee machines and accessories at a very reasonable price. Simple, clean, slim-built and functional, I think the CBTL machine will make for great house-warming gifts or for newly wed couples. 🙂

About The Coffee Bean & Tea Leaf

The Coffee Bean & Tea Leaf was founded 48 years ago in Los Angeles, California as a gourmet coffee chain. The first franchise was opened in Singapore in 1996 and then the company was acquired by Singaporean business partners in 1998. Outlets and footprints have grown tremendously since that takeover, from 28 to over 775 retail stores in 21 countries including the U.S., Asia and the Middle East.

The Coffee Bean & Tea Leaf is a media darling and popular with celebrities and Hollywood screnwriters and is often featured in television shows and movies. 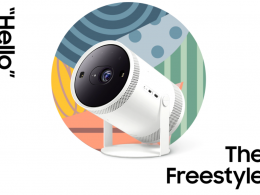 After a fun-filled afternoon at the Grizzly Gulch and Toy Story Land, we headed next to Adventureland for the Jungle…
byalvinology

Irresistible Bundles for as low as $5.50 await at Domino’s Pizza this National Day!