Nobu, the iconic Japanese-Peruvian restaurant empire founded by partners Nobu Matsuhisa, Robert De Niro and Meir Teper has arrived on Singapore shores, officially opening its door on 1 June in the Four Seasons Hotel Singapore. With the latest restaurant addition in Singapore, the group now has 47 restaurants around the world, together with a collection of Nobu Hotels.

The Nobu restaurant in Singapore is set in a sculpted open-air Japanese garden and bar against the backdrop of the city skyline and helmed by Executive Chef Hideki Maeda, a protégé of Nobu Matsuhisa, who joined the team on the heels of his tenure as Head Chef at Nobu London.

Despite being newly open, the restaurant was already fully booked out on a weekday evening, buzzing with activities:

The restaurant offers a selection of New-Style Japanese cuisine, popularised by celebrity chef and restaurateur, Nobu Matsuhisa. During our dinner tasting, we sampled the following menu highlights from Nobu Singapore:

It is noteworthy that Nobu Singapore is sticking to the steady notion that Old is still Gold instead of introducing newfangled options in its menu (for now). Signature dishes and fan-favourites are all here, listed under ‘Classics’ in the menu while the newer dishes are listed as ‘Now’.

For those who have tried Nobu at other locations in the world, you will be delighted to find the same items here in Nobu Singapore for the same old familiar flavours while for those new to Nobu, it is a chance to try the favourites without having to fly to another country.

There is no Singapore-exclusive dishes at the moment, with the exception of a beverage, the Nobu Soju Dragon (S$27), a cocktail concocted with dragonfruit, its house-brand soju and St Germain elderflower liqueur.

Elevating dining at Nobu Singapore, the beverage programme at Nobu is said to complement the ever-evolving menus with bespoke craft cocktails along with world-class Nobu sake brewed exclusively by Hokusetsu brewery for Nobu restaurants worldwide.

“With the opening of Nobu in one of the world’s incredibly diverse culinary destinations, our team is all geared up to bring the best of Nobu to our favourite city,” shares Peter Draminsky, Regional Vice President and General Manager, Four Seasons Hotel Singapore.

“Nobu Singapore has added a new chapter to Nobu’s dining concept with the world’s first Nobu restaurant to feature a Chef’s Table as part of a private dining space within the restaurant and the first to showcase a designer outdoor Japanese garden. Along with the lively sake bar, Nobu Singapore also proudly boasts the unique Teppanyaki dining experience, offered only in a few Nobu restaurants worldwide, complete with two customised Teppanyaki private rooms to elevate the experience.”

This is my first time dining at Nobu and after sampling most of their classic dishes like the iconic Yellowtail Jalapeno and Miso Black Cod, my taste buds get a sense of the distinctive Nobu flavours. Japanese raw fish dishes are generally lighter in flavour, enhanced very slightly with light condiment and relying mostly on the freshness of the ingredients. At Nobu, the fresh ingredients are accentuated with Peruvian heat and stronger condiments without overshadowing the freshness, perfect for those who may not be that attuned to raw fish.

For those who prefer land to sea dishes, there is a wide selection of beef dishes and the signature Beef Toban Yaki and Wagyu Dumplings are among the must-try items. If you prefer something more theatrical, go for the Antichucho Peruvian-style ribeye steak which will be flamed up tableside upon service.

For me, my personal favourite was clearly the Black Cod Miso that launched the Nobu Empire and reviled by Robert De Niro. For this dish, the cod is marinated in white miso, miron and sugar, featuring a caramelised crust, making it sweeter than the traditional Japanese version. Paired with a preserved ginger root, it helps cleanse the palate of the oiliness of the cod and balance the sweetness.

I am not a big fan of desserts, but Nobu offers a wide selection of sweet treats that are so pretty in presentation that I find them hard to resist. The favourite among the four desserts we sampled was the Bento Box, a clear winner around the table.

Overall, dining at Nobu Singapore ticked the box for an exquisite experience and living up to the Nobu brand name. However, with 47 restaurants globally, instead of being just a glorified clone of a very successful premium restaurant franchise, we hope to see more innovation and breakthrough to come for the menu at Nobu Singapore. 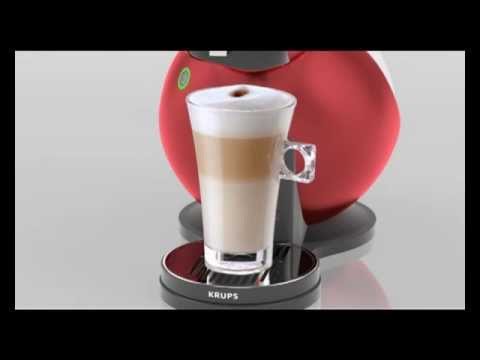 I got a NESCAFÉ® Dolce Gusto® Melody Automatic in my home a few months back. Other than gourmet coffee,…
byalvinology Prostate Cancer Facts, Myths, Symptoms, and Preventions everyone should know From 1 July, Philippines’ airline Cebu Pacific will fly nightly to and from Caticlan, the gateway to Boracay Island. Cebu…
byChitra Kumar No Jay Chou-lookalike durian seller revealing his sexy Calvin Klein undies to open the durian fruit for you. No gimmicks…
byCarrie Er