Who is Andy Wong Ming Jun? Is he a pervert ‘political analyst’ who peddled nudes on Telegram?

You might think that the Andy Wong we were talking about and all the misdeeds related to the name would cover at least two people–but that would be incorrect. Only one man named Andy Wong Ming Jun was reported to be the following:

How did we get here? Alvinology has a timeline.

What happened to the latest Singaporean nude photo leak on Telegram?

The first time Wong appeared in the news was in 2016. He was noted to be a Singaporean who voted in the Brexit referendum in 2016. He voted yes, which meant he supported the separation of the United Kingdom from the European Union.

In November 2019, four men were arrested in connection to a police report that dozens of Singaporean womens’ nude photos and videos were being leaked and peddled online. Aside from the content that was collected, identifying information such as real names of the women with their social media accounts came with the photographs. Wong as one of those men, but it was not apparent at the time.

The third report that mentioned him was in June 2020, where he proudly stated that he graduated from University of Hull in 2017 but ended up working as a prime mover driver. During that time, he also offered services as a writer and freelance defence, owing to his alleged honors degree in political science.

On July 23, an Andy Wong published an article on Nikkei Asia, which detailed his opinion on the emerging KTV cluster in Singapore. His article was called, “The Institutional Failures Behind Singapore’s Latest Covid Outbreak.”

In it, he detailed that KTVs were allegedly fronts for money laundering and other crimes. The Ministry of Home Affairs issued a rebuttal.

The pieces of the puzzle came together recently when the Singaporean government charged a man named Andy Wong in connection to the latest Singaporean Telegram nude photo leak.

Wong had five charges of possessing obscene videos under the Films Act, and six charges of storing more than 1,600 obscene pictures in his electronic devices for a total of eleven, which was the highest number of charges of the four men involved in the nude leak.

He had in his possession more than 2,300 videos on a Lenovo laptop, two thumb drives, a Sony Xperia XZ2 Compact mobile phone and a memory card. Called ‘Sam’s lots of CB Collection’, he allegedly peddled the photos and videos in a Telegram chat group, with some people in Singaporean forums alluding to. 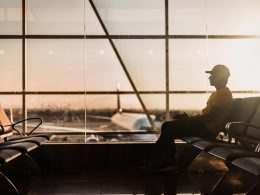 With Singapore and many countries opening up their borders gradually, following the shift from a global pandemic to…
byStaff Writer

Only boys from pure boys’ schools like Saint Andrew’s would be so boliao. Mass bullying a particular schoolmate…
byalvinology

With Valentine’s Day right around the corner, a pair of the latest Apple AirPods Pro would make a…
byIrone Kim

Thanks to the cool folks from IMS Marketing Pte Ltd, the sole distributor of AKG and many other…
byalvinology