Who is DJ Tenashar? Did she claim trial to missing urine drug tests and fleeing Singapore?

DJ Tenashar, whose full name was reported to be Debbie Valerie Tenashar Long, has claimed trial, said The Straits Times, on March 3 to nine charges. She was already charged with six counts of failing to report for a urine test to detect drug use after her release and one count of leaving Singapore without a supervision officer’s approval.

Two additional charges of recording a video at a prohibited location, the office of the Central Narcotics Bureau in Jurong Police Divisional Headquarters were added since she did this twice. She had ten previous charges as well, according to The Straits Times.

Who is DJ Tenashar?

The 35-year-old model-DJ mostly known as a contemporary of Dj Jade Rasif was most known for ther year-long prison stint that she claimed aided a brief rise to popularity. Alvinology previously reported that she had been living the high life; raking in gigs, flying in private planes, and staying in five-star hotels.

But that changed when she was incarcerated for eighteen months in Changi Women’s prison.

Her charges were related to her boyfriend at the time, who was Jamie Yeo’s ex-husband. She was found guilty of consuming illegal drugs overseas. She was acught when she had to return because her passport expired. She skipped out on paying her bail after she attended her trial.

She used to be an FHM cover girl and also appeared on Playboy Thailand. Alvinology previously reported that, “She also became the first Singaporean to make British music magazine DJ Mag’s list of Top 100 DJs, snagging the No. 87 spot. She was the only solo female DJ to make the list that year.”

What did DJ Tenashar do?

Just as she had gotten out of her year-and-a-half jail stint, DJ Tenashar said that she “trolled” the media with stories of a weekend gone awry.

A previous Alvinology report said that she spent a weekend in Johor, where she was found by a hotel attendant sleeping on a couch in the lobby of the Berjaya Waterfront Hotel in Johor Bahru on July 5 at 3:30 in the morning. She was not a guest at the hotel.

Upon being woken, the staff alleged she looked high on drugs. She asked to be taken to a police station where she filed a report claiming, “…she was robbed of her wallet, purse, documents, phone, credit cards, NRIC and passport and threatened with a knife. She alleged she was punched in the stomach and suffered injuries to her foot and upper thigh. She had no recollection of how she was kidnapped and said she was thrown into a sewage ditch where there were “rats and snakes”.

Malaysian authorities said that she had drugs in her system.

Did DJ Tenashar beg for money or troll the media?

Another report said that after beinf freed from jail, DJ Tenashar was unable to use her keys for her home, and that her keys only worked for her mailbox. She then allegedly stole toilet paper from a neighbor’s house as she did not have anything more than $4 a water bottle on her.

Using the post above, she said she simply “trolled” the media.

Her trial is reportedly ongoing, and she could be jailed for up to four years and fined up to $10,000 for each count of failing to return for a drug test. 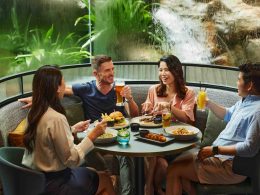 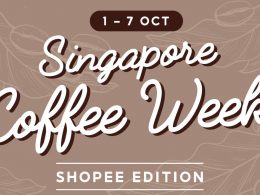 This might possibly be one of the hottest Baking and Cooking School in Singapore!

This article is written by Vanessa Koh of Asia 361 Co-owner and founder of the extremely popular Baker…
byAsia 361
Power up your child's learning with Geniebook.
Sign up for free demo
This is default text for notification bar
Learn more