A Singaporean couple allegedly dumped the remains of their newborn baby girl in a Taiwanese dumpster after giving birth in a hotel room. The woman who was 23 when the crime was committed and her fiancé who was 24 allegedly stuffed the body of a newborn baby girl into a trash bag and left it at a restaurant dumpster.

Taiwanese authorities issued a warrant of arrest for the Singaporean couple after investigations revealed more details about the case. They are charged with homicide and disposal of the baby’s body, among other offences.

In a previous Alvinology report, Taiwanese police asked for Singaporean help when the case of a newborn baby’s corpse surfaced in February 2019. The report said that “Xindian police in Taipei have identified a Singaporean couple who may be studying at the Singapore Institute of Technology Education, since authorities have identified their social media accounts. Reports said that the couple arrived on the 19th of February and that the woman had given birth on the 25th.”

Previous reports said that the couple stayed in a hotel in Ximending for a few days then the woman who was visibly pregnant in security footage gave birth in the hotel room. Later, the man was seen throwing a black rubbish bag into a dumpster. The couple then left the same day.

A report by The Straits Times said that the body was thrown in a restaurant dumpster in Ximending then transferred to a recycling plant in Xindian, which was 10 kilometers away. A recycling plant employee found the body.

Police interviewed locals who remembered seeing the pregnant woman and her male companion. They said that the two were spotted buying groceries in the wee hours of the morning. The man spoke in Mandarin with a foreign accent. The man allegedly went to a hotel popular with Southeast Asian tourists but the police only found out that he had already checked out.

Previous reports said, ” The hotel room as already been swabbed for blood and other fluids to determine if the baby was indeed related to the couple who used the particular hotel and room.”

Pieces of placenta were found in the bathroom drainage pipe of the couple’s hotel room, and the baby was believed to still be alive when born.

After reviewing 100 hours of footage from various security cameras and immigration records, their investigation lead them to the Singaporean couple.

While The Straits Times report said that Singapore did not have an extradition treaty with Taiwan, the latter is welcome to request assistance for evidence and to convey the couple in case they consent to go to Taiwan.

Did the Singaporean couple go into hiding?

The couple have reportedly kept a low profile after denying that they were involved in the case. The woman said that she was not pregnant and would not have been able to board a plane if she was. The man said that he did not throw any rubbish in such a way at that time.

Social media posts showed the couple getting engaged in October 2020. 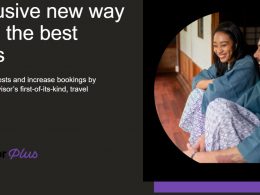 Tripadvisor announces that hotels and B&Bs can expand their visibility and reach to a ready-to-book, high spend traveler…
byIrone Kim Singapore Food Festival is Back with Tradition

Foodies, rejoice! The gastronomic revelry of Singapore Food Festival returns for the 22nd time with more culinary experiences…
byAsia 361
Hello. Add your message here.
See how Snapask has been helping out over 3 million students around the world. Find a perfect plan