Taiwanese authorities have asked the Singaporean government for help in the case of a newborn thrown in a rubbish bin, since the couple suspected to have perpetrated this hateful and horrible crime are no longer in Taipei.

According to reports, Xindian police in Taipei have identified a Singaporean couple who may be studying at the Singapore Institute of Technology Education, since authorities have identified their social media accounts. Reports said that the couple arrived on the 19th of February and that the woman had given birth on the 25th.

Watch a video of the report below:

The couple allegedly stayed in a hotel in Ximending, where she may have given birth in the hotel bathroom. The newborn baby girl was thrown into a kitchen rubbish bin on the same day, and the two students fled back to Singapore. Her body is still in Taiwan.

A report from Focus Taiwan News Channel said that a restaurant worker had found the newborn girl’s body in a plastic bag in their kitchen rubbish pile and had alerted police. Examination of the available street camera footage showed that a man had dropped the bag there on the 25th at 3:00 in the morning.

Taiwanese police said that the infant had her umbilical cord and placenta included in the plastic bag, which indicated that the latter was thrown just after the birth.

Police investigation lead to members of the public saying that they noticed the couple buying groceries every morning, with the man speaking Mandarin with a foreign accent. The suspect was allegedly seen visiting a hotel popular for South East Asian tourists, but when the police arrived to investigate further,the man had already checked out. The hotel room as already been swabbed for blood and other fluids to determine if the baby was indeed related to the couple who used the particular hotel and room. The police have requested assistance from Singaporean authorities in this matter.

Some commenters have said that these young Singaporeans should be charged for attempted murder.

Some shed light on what the couple could be facing depending on the country. The punishment for such a crime is heavier in Taiwan, but it may be harder to convict them if thy stay in Singapore.

Some are not convinced that the two people are from Singapore. Investigations have lead to the hotel room and information shows that the people with those names did book a trip to Taiwan on the same dates.

Some wonder why the couple went back, but if they were students, then they would want to resume their normal life.

Others showed heartbreak for the baby, wishing that they were able to take the baby instead. They also pointed out that there are many Singaporeans who cannot have babies while these people threw the child away.

Some cited that there are abortion options available in Singapore, and that they agree with how some parents cannot support a child and turn to this medical procedure. However, they condemn the fact that the baby was thrown away.

What do you think of this case? Let us know in the comments.

Read about the man who doesn’t know what to do after he finds out his 1-year-old kid isn’t his. Travel back in time with SO Sofitel Singapore as it unveils its spanking new rooftop bar – 1972.…
byCarrie Er 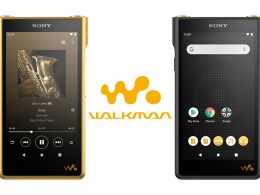 Have you witnessed a kind deed recently, or know someone who regularly goes the extra mile to lend…
byalvinology