Ng Aik Leong, better known as Huang Yiliang, received a ten-month jail sentence for assaulting a Bangladeshi construction worker in 2018. He was sentenced on February 26 and appeared in court without representation.

Who is Ng Aik Leong?

The 59-year-old actor-director found local fame in Singapore under MediaCorp during the 1980’s. He won various awards including Best Supporting Actor at The Star Awards several times.

He was previously married to fellow Singaporean actress Lin Meijiao with whom he had one daughter. They divorced in 1997. He dedicated one of his acting awards to her after the divorced.

Regulatory records show that Huang was listed as the director of two firms. These are Hyl Enterprise which is a plumbing company, and a movie production company called Red Group Studio.

What did Ng Aik Leong do to the foreign worker?

According to a report by The Straits Times, Huang used a metal scraper to hit a Bangladeshi worker named Jahidul twice in the stomach and once on the head. The incident happened at the Singapore Islamic Hub (SIH) on Braddell Road on December 11, 2018.

The worker suffered injuries to his scalp and torso.

Jahidul said that Huang spoke to him aggressively so much that the latter yelled at him frequently, and even threatened him. The ex-director also challenged him to fights.

The crime in question happened when Huang became upset with the worker for not following instructions on how to clean areas at the SIH. Huang then threw a plastic pail and wooden plank at Jahidul. When the pail struck the worker’s back, he went down the ladder her was standing on.

Once he got down the ladder, the ex-director hit him with a metal scraper.

Ng Aik Leong did not have a lawyer

The ex-actor did not appear in court with a lawyer. He said that the victim gave him license to hit him. Huang said that Jahidul considered him a “father figure.” Huang said in court, “This is what he told me: ‘I allow you to hammer me because I do things so slowly.'”

The former actor also said that Jahidul was “acting” and making it seem like the injuries he sustained were worse than they really were.

Does Huang Yiliang fit into our list of Seven Evil Employers?

Separate charges of disturbing the peace

Huang also has an unrelated charge of disturbing the public peace, according to the same report. The accusations involve a fight with a person named Morgana Raj Saravanan in June 2019.

Singapore has recently seen one of the worst domestic helper abuse cases on record, with 24-year-old Piang Ngaih Don dying from repeated choking and maltreatment at the hands of her employer, Gaiyathiri Murugayan. Gaiyathiri’s husband and mother were also slapped with cases pertaining to the death of the Myanmar worker, as they also contributed to the woman’s death.

Huang’s case was nothing like Gaiyathiri’s offenses, with the latter starving her victim and disallowing the Burmese maid to sleep well everyday. Piang was tied to a window grill in the evening for months, and forced to sleep on the floor. She was only given bread soaked in water or leftovers to eat.

Gaiyathiri pleaded guilty to 28 charges, and prosecutors sought life imprisonment for her, downgrading charges from murder to culpable homicide in light of the accused’s postpartum depression. 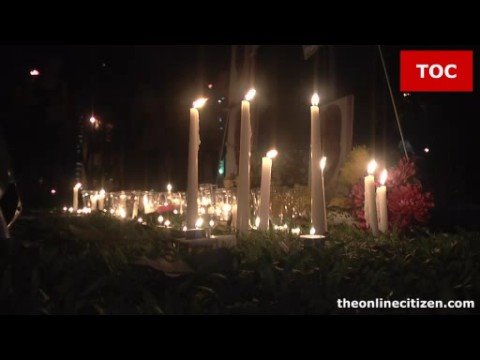 Via TOC. A vigil was held at Hong Lim Park, Speakers’ Corner on 4 October 2008 in honour…
byalvinology 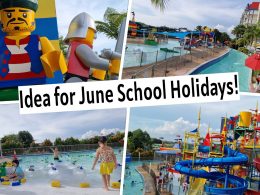 Thinking of a June school holidays treat for your kids?  How about a cross-border road trip to LEGOLAND, one of…
byZenn The Singapore branch of KidZania opened on Sentosa Island four years ago in April 2016, but has sadly…
byAngeline Rodriguez