The police have confirmed the identities of the five victims of a major vehicular accident that caused a fire on Tanjong Pajar. At around 5:40 in the morning of February 13, while families all over Singapore were observing Lunar New Year festivities, a BMW crashed into a shophouse causing a large fire.

A report from The Straits Times said that the car involved in the incident was a BMW M4 coup belonging to “Mr Jonathan Long, 29, while two of his passengers have been identified as Mr Gary Wong Hong Chieh, 29, and Mr Eugene Yap, 29. Mr Wong and Mr Long were long-time friends, according to social media posts.

The two other passengers who died in the crash were Elvin Tan Yong Hao, 28, and Teo Qi Xiang, 26.

Who is Raybe Oh Siew Huey? Jonathan Long’s girlfriend sustained severe burns after rushing forward to try to save his life.

What happened with the car crash at Tanjong Pajar Road?

Footage of the crash has surfaced online, as well as scenes of investigating the incident.

In the video below, viewers would note the white car moving incredibly fast on Tanjong Pajar Road while others looked on. The roar of the engine can be heard along with a female voice shouting.

At the turn, viewers could see that the the car lifted slightly due to the speed it was going.

Who were the victims of the crash?

According to The Straits Times, the owner of the vehicle was a 29-year-old man named Jonathan Long. His girlfriend, Raybe Oh Siew Huey, 26, tried to help extricate her boyfriend from the crash, but she suffered severe burns to 80% of her body in the process. She was reported to be fighting for her life in Singapore General Hospital and was in critical condition.

Friends of Oh said that she was not in the vehicle during the accident, and had rushed forward into the burning car to help save her boyfriend. A friend of Oh said, “She tried to open the door and was injured in the process,” he said. “She was trying to save her fiance.”

Despite Oh’s efforts, Long and the other four men in the car died at the scene. She was still conscious when she was taken to the hospital.

Online reports also said that she and her boyfriend had just recently applied for a flat.

What happened in the Tanjong Pajar Road BMW crash?

Another report from The Straits Times, the BMW with the five victims was speeding before it crashed into an empty shophouse. It caught fire just after it crashed. Oh was at the scene and tried her best to open the door.

Family members of the deceased were also at the scene at around 10:30 in the morning to identify the victims. People who lived near the location said that they heard loud revving of vehicles before there was a very loud crash. When the man ran to see what had happened after he saw a fire, he found a man kneeling on the road.

“He was crying hysterically and begging the police officers for help, saying his friends were in the burning car.” said the witness.

Jade Rasif was friends with one of the victims

DJ Jade Rasif posted on her Instagram Stories that she had driven past the scene of the accident, and had thought of a friend at the moment she saw the crash. She then received a call from one of her friends’ parents, which revealed that the friend she thought of was a victim of the crash.

This is a developing story and will be updated as more details come to light.

Rachel and I had a good brunch together with our friends, Mark and Meiyen at Mimo Kitchen +…
byalvinology 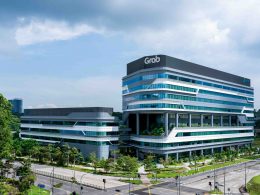 Catch your friendly neighbourhood superhero before he embarks on a European vacation in his upcoming movie, Spider-Man: Far…
byIrone Kim Come 8 August, 7-Eleven will be introducing the exclusive 7-Premium range of Japanese delights, beverages and snacks just…
byDanielle Ann
Power up your child's learning with Geniebook.
Sign up for free demo
This is default text for notification bar
Learn more