In the early hours after Lunar New Year on February 13, 2021, five men died after the BMW M4 coup they were riding in slammed into a vacant shophouse on Tanjong Pagar Road. The car caught on fire immediately after the crash, and Raybe Oh ran forward to save her boyfriend, Jonathan Long, who was driving the car.

In doing so, she had to take hold of the car door and sustained severe burns to 80% of her body. She was unable to save her boyfriend or any of the other occupants of the car. She was taken to Singapore General Hospital still lucid.

Who is Raybe Oh Siew Huey?

According to a previous report by Alvinology, Oh was the girlfriend of the driver in the BMW Tanjong Pagar Road crash. She and 29-year-old Jonathan Long had been together for years, and had even planned to move in together as they had applied for a flat.

In another report from Asia One, Long’s father told Shin Min Daily News that he regarded Oh as his daughter, and was hoping that she would pull through. He also said that she was on good terms with Long’s family. The report also mentioned that they were waiting for the police to notify them of the remains of their son.

According to the Straits Times, Oh used to be a Singapore International Airlines flight attendant, but had not been working in that capacity since the COVID-19 pandemic. An SIA spokesman said, “We are saddened to learn about her condition and wish her a full recovery.

“Our condolences also go out to the families of all the victims of the crash.”

She had since turned to occasional geitai singing as she did in her school years.

Reports said that she used her talent to augment her family’s income and ease the burden from her father of supporting her.

A getai organizer named Aaron Tan who worked with her in 2015 spoke about Oh’s character, saying in an interview, “It is common for young getai singers to be accompanied by parents or friends for performances. But she would come alone despite being young and new,” he said.

Alvinology previously reported on the Tanjong Pagar Road crash, where five men were killed. Mr Jonathan Long and Mr Eugene Yap, both 29, Mr Elvin Tan Yong Hao, 28, as well as Mr Teo Qi Xiang, 26 had to be identified by their families at the scene.

Video content of the white BMW M4 coup speeding down the street went viral on social media, and witnesses claimed that they heard loud revving before a loud crash.

Reports said that the driver, Long, had purchased the car a few months before second-hand, and wanted to take his friends out for a ride to celebrate. They had eaten at a buffet together hours before. 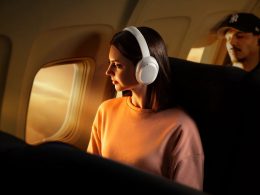 Razer announces the latest addition to its family of wireless lifestyle audio products with the Opus X, featuring…
byIrone Kim One neighbour has tipped off Chinese newspaper Lianhe Zaobao about a near-daily sighting she found intriguing. Ever since…
byCarrie Er If you think cars and mobile phones are from two different worlds, you have not seen the PORSCHE…
byShiela
Power up your child's learning with Geniebook.
Sign up for free demo
This is default text for notification bar
Learn more