A woman from the Philippines was accused of allegedly feeding the occupants of a Sengkang flat her bodily fluids mixed into their rice and drink, and was initially going to plead guilty, but decided to contest the claims in court.

Who is Canares Rowena Ola?

According to a report from The Straits Times, the 43-year-old Filipina woman named Canares Rowena Ola had mixed her menstrual blood and urine with rice and water that were served to an unknown number of flat occupants that partook of the contaminated meal.

The crime was reportedly committed in December 2018.

The details on how Ola was able to prepare such a meal and how it was served, as well as the woman’s occupation were not included in the court documents.

The report said, “Deputy Public Prosecutor Keith Jieren Thirumaran told District Judge Marvin Bay that Ola had earlier admitted to the offence in several statements to the authorities.” She was charged with one count of mischief that carried up to one year in prison if she was proven guilty.

She then decided to contest the charges in a district court on December 2, 2020. There was no reason given in court yet as to why she reportedly mixed her body fluids with the flat occupants’ food.

A similar case was heard in January this year when an Indonesian domestic helper was proven guilty of mixing her urine, saliva, and menstrual blood into the family’s drinking water and rice. For this case, the motivation was that the family would listen to whatever the domestic helper would say and refrain from scolding her over her work.

She was hired in 2017 and served a family of six as their domestic helper.

The 30-year-old woman named Diana who was accused in this case was convicted of two charges of mischief and one count of theft, and was sentenced to six months and seven weeks’ jail.

Aside from the mischief charges, the report said, “She also stole more than $13,000 in total from her employer’s mother over five different occasions between August 2017 and June 2018.”

The old woman received a monthly allowance from her family members, which was what Diana had eventually stolen.

A separate report said that the woman stealthily found the combination to the employer’s mother’s safe. She watched the old woman while the latter unlocked her iPad, then used the combination on the safe. She then used an accomplice to send the money back to Indonesia. The money was never recovered.

Diana admitted to her crime, and said that she was a single mother with an ailing mother back in Indonesia. She asked for the lightest sentence.

The one top reason why most Singaporeans watch the National Day Parade, based on what I gather from postings…
byalvinology In the modern days most of us probably have never used a postage stamp for a long time.…
byClaudia Lim

i Light Singapore 2020 latest update: the event has been cancelled this year due to COVID-19 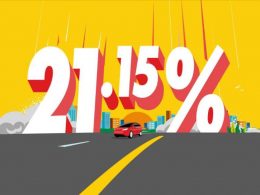 [PROMO CODE INSIDE] HSBC Credit Cardholders to enjoy even higher instant rewards and exclusive rebates when filling up with Shell! Up to 21.15% in fuel savings