What are the places on your travel bucket list? The mysterious and magical land of Saudi Arabia should have a spot if it doesn’t already have one.

Previously very closed-off to outsiders (tourism in Saudi Arabia mainly involves religious pilgrimages), the oil-rich kingdom only started to open its doors to leisure tourists in September 2019 when it launched a new visa regime for 49 countries. Developing the leisure tourism sector is part of Saudi Crown Prince Mohammed bin Salman’s ambitious reform strategy to reduce the economy’s dependence on oil.

And then Covid-19 threw a spanner into the plans and the tourist visas were suspended for months due to strict government measures to prevent the spread of coronavirus. But good news, the kingdom’s tourism minister says Saudi Arabia plans to resume tourist visas by early 2021.

When travelling, do you prefer roughing it out in backpacking inns or splurge on a lavish hotel? I suspect for the vast majority of us, it would be to spend on a reasonably-priced, quality hotel. For myself, I prefer booking hotels that are part of an international chain to be assured of the quality and standard of services. In Saudi Arabia, check out best deals on Hilton Garden Inn Al Khobar. The “Hilton Garden Inn” brand is part of Hilton Worldwide; the American MNC whose most famous daughter is perhaps Paris Hilton. An interesting juxtaposition isn’t it, if you link and compare the two: Sexy and liberal socialite VS the conservative kingdom.

What should international travelers take note of?

Arabs are famous for being masters in the art of hospitality, but it is worth remembering the old adage, “When in Rome, do as the Romans do”. Where two very different cultures come into contact – the liberal West and the conservative Saudis – there is always the chance of a misunderstanding or offence.

The Saudis have adjusted some of their laws to accommodate international travelers, for example, unmarried couples can now share hotel rooms. Nonetheless, there are still boundaries of Saudi society to respect. For example, ladies should always dress modestly (but veil is not necessary) in public to respect local sensibilities. A BBC article also recommended that you should never photograph women in public and cautioned that outside the main cities of Riyadh, Jeddah and Eastern Province, many local people have never had any contact with Westerners and may be suspicious, especially when cameras and phones are brought out. So always be respectful and ask for permission before you point your camera at anyone.

While non-Muslims are still not allowed to visit the holy cities of Mecca and Medina, there are numerous other sites worth exploring to satisfy any international traveler. Be savvy like a local and make use of domestic flight booking deal when you do so. So what are some attractions you can check out?

A Wonder Of Nature, The Al Wahbah Crater Holds A Dazzling White Salt Flat In Its Depths. This Is Also A Popular Camping Site.

Umluj- Aka The Saudi Maldives

Kingdom Tower Is The Tallest Building In Riyadh And Has A Distinctive Architectural Style. 10 extraordinary things to do in NSW in the winter

Instead of the usual ski or beach trip in SE Asia, you may want to consider Australia as…
byStaff Writer Sick Of Motion Sickness? New Launch NBAN™️ Promises To Remedy It In Style

However well-travelled you may be, motion sickness is something you’ve probably faced at least once on your travels…
byGuy 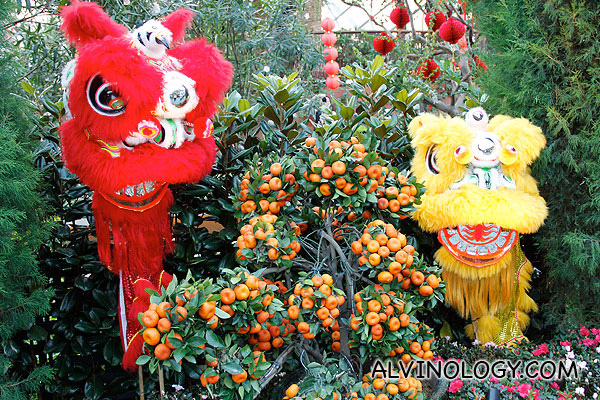 Looking for something to do during the Chinese New Year festive period? Why not usher in 2013 with…
byalvinology
Hello. Add your message here.
See how Snapask has been helping out over 3 million students around the world. Find a perfect plan