To be very honest, I wasn’t as engaged with the developments for GE2020 as compared to previous elections. I bought into the “Flight to Safety” theory, as with my friend, Katherine Goh in her contributed piece. I was quite certain the news headlines today would have been like this:

Instead, it was more like this, closer to another contributed piece by another friend, Fong Wei Kurk:

Do you remember this Kenneth Jeyaretnam meme from GE2015?

This television interview screengrab of the Secretary-General of the Reform Party will make its round in online discussions and internet forums whenever people complain about the ruling People’s Action Party (PAP) government, together with the quote “70% VOTED FOR THIS” (the national vote share for PAP was 69.9% in GE2015). My conclusion after GE2015 was that the 70% PAP vote share will be the new normal and that the opposition parties may well become irrelevant in future elections.

GE2015 results was an anomaly largely due to the death of the well-esteemed first Prime Minister of Singapore, the late Mr. Lee Kuan Yew and the SG50 feel-good effects. The late Mr. Lee bought the PAP government another term with a super strong mandate to reorganise, restructure and renew the party for the future generations. Alas, from the showing for GE2020, it seems that the opportunity had been squandered and there is an urgent need for renewal now.

For GE2020, the PAP contested primarily on their track record in addressing bread and butter issues. The usual rhetoric about shaking international investors’ sentiments if Singaporeans “rock the boat”; the fundamentals about not raiding the reserves unless absolutely necessary; all came out with smoking guns. “Our Lives, Our Jobs, Our Future”, cried out the PAP’s manifesto, right after the announcement of four tranches of relief measures to fight the COVID-19 outbreak in Singapore, totaling nearly S$100 billion.

You can’t get more bread and butter focused than this.

The poor showing for GE2020 signifies that there is an undercurrent of unaddressed angst on issues beyond bread and butter (probably stuff like the bulldozing through of the controversial POFMA bill and the constitutional changes made to enable the “stolen” Presidential Election). The call for diversity of views, especially from credible Opposition parties with a point-of-view, comes across loud and clear with the strong stamp of approval for the Workers’ Party (WP). Likely even more so among the younger segment of voters. In the newly formed Sengkang GRC won by the WP, more than 60% are aged below 45.

What’s next after GE2020 for Singapore?

The PAP would probably urgently need to relook at the party renewal process and maybe even accelerate it after a rethink and regroup. Same with all the other opposition parties, with WP being the exception.

From the result of GE2020, Singaporeans do seem to assess the contesting parties and candidates rationally. This is clear from the poor showing by some of the weaker opposition parties and solid showing for WP. No more fly-by-night opposition candidates who don’t walk their ground and have no track record.

We crave young blood to warm the cockles of our heart

There seems to be a preference for younger candidates. It is perhaps time for those ‘angry-old-man’ type of opposition candidates to give way to the next generation and also time for those long-time backbenchers in PAP to step down. Young voters want CHANGE, not more of the same. Covid-19 has turned the world upside down and Singapore is not going to survive this crisis of a lifetime if we do not reinvent the wheels on how we do things.

On the other side of the fence, there is another millennial, Tin Pei Ling 陈佩玲 who showed us that if you work hard, you can win people over strongly. She did not have an easy political debut in GE2015 and was largely blamed for the poor showing for PAP in Marine Parade GRC. Nonetheless, over the next two elections, Tin Pei Ling worked hard and steadily improved her vote counts. In fact, by pulling in 71.74% of the votes in MacPherson SMC, she is the best-performing PAP candidate this election! Then again, her competitor was the ultimate ‘angry-old-man’ politician who should have retired from politics long ago.

Party renewal is crucial to stay relevant in politics

The clear winner here is WP.

Low Thia Khiang had a plan. Not an #EastCoastPlan (okay, maybe a solid plan to conquer the East as well), but a plan on party renewal and political legacy which started from the moment he stepped out of his stronghold in Hougang SMC in GE2011 to contest (and win) Aljunied GRC.

Low brought his party to do the unimaginable by toppling a GRC helmed by a political heavy-weight and popular PAP Minister, George Yeo and started on his party renewal almost immediately over the subsequent election. WP did not gain any additional seats during GE2015, but it was evident that renewal was in process, with many young candidates fielded by WP and the “angry-old-man” type on the way out.

By GE2020, Pritam Singh emerged as a shiny leader from Low’s shadow and showed us what a true leader should be like by standing upfront to face the limelight in the light of the Raeesah Khan fiasco.

The Workers’ Party played their strategy and renewal very well. They will be an even more formidable opposition after this election.

For the PAP, Prime Minister Lee Hsien Loong seemed to hint that he will be staying on longer with his older 4G leaders. In his own words from his lunchtime rally earlier this week:

“You have my word. Together with my older colleagues like Teo Chee Hean and Tharman Shanmugaratnam, as well as the 4G ministers, I will see this through… I am determined to hand over Singapore, intact and in good working order, to the next team.”

Does this mean that Heng Swee Keat would have to wait longer to become the next PM?

For the other opposition parties, Progress Singapore Party might have done better this election had they fielded more young candidates. Party renewal is crucial for PSP to prepare for the next election and to ensure that they will still be relevant, given that the party stalwart, Dr. Tan Cheng Bock is already 80 this year.

The same goes for the Singapore Democratic Party (SDP), which had a good showing of 46.26% votes at Bukit Panjang for Party Chairman, Dr. Paul Tambyah and 45.2% votes at Bukit Batok SMC for Secretary-General, Dr. Chee Soon Juan. They need to cultivate the next generation of SDP leaders.

For most of the other opposition parties, especially those filled with angry old men, seriously, it is time for them to make way for the next generation. Chope here chope there and win around 20+% of the votes just to keep your election deposits is no glory and no future. I hope they see the light. Either renew their parties and make way for younger candidates or just disband honourably like what Tan Jee Say did with his Singaporeans First party.

Perhaps we should really do away with potentially racially divisive measures like the Reserved Presidential Election and the Group Representative Constituency (GRC). While touted as measures to ensure minority representations in the Singapore political arena with a Chinese-dominant population, these measures seem to be outdated in modern Singapore with a progressive, diversity-embracing younger generation.

Racial politics can always be a thorny issue, just look across our borders to Malaysia and Indonesia to see how bad it can get. I get that and respect the cautious approach by the ruling PAP government to tread with care. However, judging from the recent reactions by my fellow Singaporeans on race-based politics, I am proud to say that the majority of Singaporeans value diversity, regardless of race, language or religion.

Are Singaporeans not ready for a non-Chinese Prime Minister?

With popular PAP Minister Tharman Shanmugaratnam winning 74.62% of the votes at Jurong GRC for GE2020, I am not sure who is not ready.

To the best of my best of knowledge, Murali Pillai who won the Bukit Batok SMC, is indian. In fact, look at Aljunied GRC. The WP fielded THREE minority candidates – Pritam Singh, Faisal Manap and Leon Perera, and still won.

We don’t know because we didn’t get to vote for her, but I am certain she would have a very good chance, given her solid reputation and popularity among Singaporeans.

Diversity is not just about race-based politics, saying no to anti-foreigners rhetoric is included. For this, the poor showing for hate speech prone parties like Peoples Voice is telling. Singaporeans are mature enough to differentiate between job protections for locals versus inciting hate towards foreigners for all our woes.

All in all, I thought GE2020 was a very good outcome and paves the way for a better Singapore.

Whether you are White, Blue, Red or whatever party colour, together, we can defeat Covid-19. 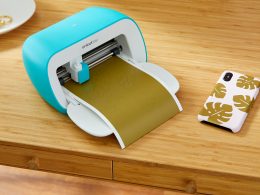 Looking for a fun stay-home activity? Depending on the ebb and flow of the Covid-19 situation, there are…
byZenn 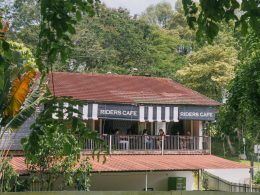 Over the last 15 years, Riders Cafe became an institution with the brunch crowd on the weekends. With…
byIrone Kim Creative, ambitious, and driven, today’s youth have shown time and again that they are indomitable in their pursuit…
byIrone Kim