In a video that has since been taken down from Jianhao Tan colleague and Ah Boys to Men actor Ridhwan Azman’s YouTube channel, the 26-year-old promoted a site called Drakemall, that offered “mystery boxes.” After the video garnered 70,000 views showing Ridhwan with an iPhone 11 that he allegedly “won,” the Ministry of Home Affairs investigated the site and blocked it in Singapore.

According to online reports, “mystery box” websites that allow people to buy an undetermined item for a relatively low amount on the chance that the item that they receive is a more expensive one. Most of the time, people hope to receive mobile phones, laptops, cameras, and other luxury goods if the mystery box they purchased was the lucky one.

The process is highly opaque, and usually happens online. The buyer has virtually no way to know how mystery boxes are packed or if someone actually received a prize.

Police have reiterated that under law, mystery box websites are considered gambling, which is prohibited in Singapore.

Ridhwan Azman is a close friend and colleague of top YouTube vlogger Jianhao Tan. Read about it here.

What is the Drakemall mystery box marketplace?

The Drakemall website lets users purchase mystery boxes in various prices. You can buy a box for as low as $1, and even get to buy a box for free if you subscribe to some of their services or email alerts.

When buying a box, you are only shown the possible contents, but not the actual contents of purchase. While there is a photo of an iPhone, a game console, and even designer shoes, it’s also possible you could only receive powerbanks, speakers, sandals, and even low-cost items.

What did Ridhwan Azman do to promote Drakemall?

According to reports, he showed an iPhone 11 that usually costs around $1,000 to his hundreds of thousands of followers, and said that he “won” it in one of Drakemall’s mystery boxes that cost only $6.50.

Aside from showing off the alleged prize, he also showed his viewers the step-by-step process on how to become a member of the website and make a purchase. He also gave them a referral code to use to get extra perks from Drakemall.

“I had no idea that it’s an online gambling website.”

In a report from The New Paper, Ridhwan said that he was not aware that the mystery box website was a gambling website, and thought that it was only a game.

He also referred to the website as a “client,” which meant there was a business transaction involved in his interactions and promotion of the website.

“My career is very important to me and I will not do anything to risk it.” he added.

It is common practice for brands to tap YouTube creators to feature a product or service, even adding incentive for the viewers to purchase by offering special codes that the creator can use.

Whether Ridhwan mentioned in the original video that Drakemall was a business client is unclear.

Drakemall may have wanted to reach Ridhwan’s viewer base, which is almost at the 600,000 mark and composed mostly of 12-18 year old Singaporeans.

What did the police say on the matter?

A police representative had this statement for the public:

Online lotteries and sale of ‘mystery boxes’ online – being games of chance that involve money or items that have monetary value, and are conducted through remote communications – fall within the definition of remote gambling,” he said.

How could he “win” an iPhone 11 from Drakemall when he said it was a “client” and that he even had a code for his followers?

Were you touched watching National Day Parade (NDP) 2016? I was. This year, the highlight is a segment…
byalvinology 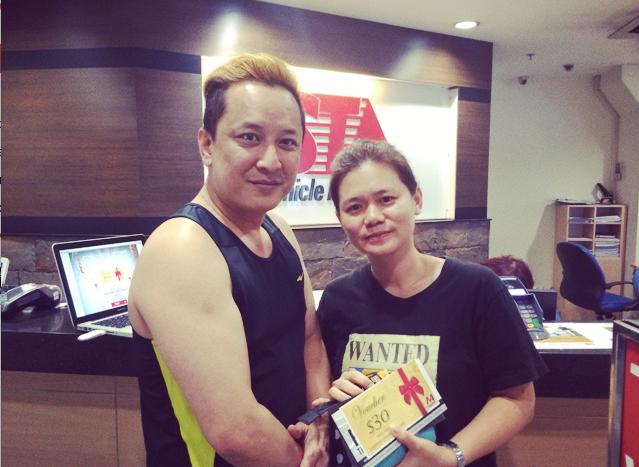 Contest Shoutout for Motorists: Inspect your Vehicle and Win with STA Inspection!

Due for vehicle inspection? With cars being so expensive in Singapore, you would want to be careful where…
byalvinology Calling families of all ages and sizes, Aviva Superfundae, the country’s largest family-friendly “fun-nival” of its kind, returns…
byIrone Kim Malaysia’s second premium outlet opened in Genting Highlands on 15 June (Thursday), and it is Southeast Asia’s first…
byChitra Kumar
Power up your child's learning with Geniebook.
Sign up for free demo
This is default text for notification bar
Learn more