Five years in the internet world translate to five decades. Just look at how far the careers of these six YouTubers have gone since they appeared together in a YouTube video commercial for Popeyes Louisiana Kitchen. Featured in the video are Amos Yee, Naomi Neo, Hirzi Zulkiflie, Steven Lim, Dee Kosh and Rachell Tan.

Are you surprised how this mishmash group of social influencers can appear together in a video commercial? Well, five years ago, YouTubers weren’t that big a thing you see. There was no big names like Jianhao Tan, boosting of a six figures income. Any job that came along was probably gratefully accepted.

Fast forward five years, YouTubers are arguably the group raking in the most money among social influencers, charging upwards of S$15k per video or even much more.

Let’s take a recap on the career of each of these YouTubers, then and now. Singapore’s own enfant terrible, Amos Yee has recently been granted political asylum status in the United States and will be starting his life afresh there as he turns 18 this year.

Yee first came to fame in 2011 as a child prodigy of sort, winning both the Best Actor and Best Short Film awards at The New Paper’s inaugural FiRST Film Fest for his film, Jan, a funny, witty entry about a boy desperately trying to cajole his three friends to help a girl who has cancer. He was only 13 then.

A year later, he got lambasted online for making a short video insulting Chinese New Year. He then went on to greater things like insulting Lee Kuan Yew, Christians and Islam, which got him arrested and charged multiple times in Singapore, before making his escape to the land of the free.

Along the way, he had let his hair grew, spotting an unruly mop compared to his signature botak look in the past. His reinvention from a funny young host selling Popeye’s nuggets to the rude, political incorrect, racially and religiously charged firebrand he is today is nothing but radical. Then better known as the girlfriend of one of Singapore’s top YouTubers, Jianhao Tan, the two have since parted way and Neo is now a big-time social influencer on her own.

From the photos on her instagram feed these days, Neo had transitioned from her previous shy schoolgirl look in the Popeyes video to the sultry, confident image she now exudes. Hirzi Zulkiflie is one half of the popular comedian duo, Munah and Hirzi. The group had come a long way since their initial online fame on YouTube with their crazy video series like 10 Dares which see them performing outlandish stunts in public to the current mainstream success on television.

Appearance wise, Hirzi didn’t seem to have aged or changed much. This is one guy who is good with his personal grooming! Steven Lim first came to fame when he auditioned for the first season of Singapore Idol in 2004 wearing nothing except a pair of yellow undies.

Fast forward to 2012 when Lim did the Popeyes video commercial and then 13 years to the present, Lim is still using the same wacky antics and persona to garner attention.

He has reinvented himself as beyond just a comedic personality, but also as a talent management agent, with several models and acting talents signed to him to take up bit part roles on television and event appearances. Dee is now a successful radio deejay on Power 98FM and one of the top YouTubers in Singapore.

Back in 2012, he was happy playing a non-talking, bit part role as a sidekick to Naomi Neo, babysitting a crying little girl.

Appearance wise, like Hirzi, Dee did not seem to have aged a bit. Rachell Tan is one of the most creative social influencers in Singapore, constantly sharing creative make-up and cooking tips which she came up with on her social channels.

She had went under the knife in 2012 for a double eyelid surgery and had been upfront about her aesthetic procedures to the public.

It will be interesting to do another recap 5 years from now in 2022 to see what these five social influencers will be like then.

Last year was a transitional year for my career. I started off the year at News Corp, handling…
byalvinology

Pullman Bangkok Hotel G is one of the new chic stays in the metropolitan capital city of Thailand. Located…
byalvinology 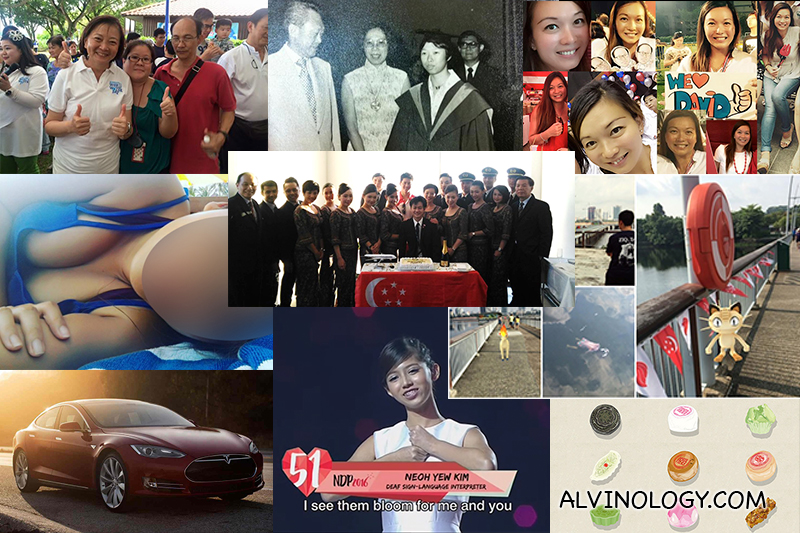 Sure, there have been some awful Reddit threads out there, and even the most despicable people on the…
byDanielle Ann
Power up your child's learning with Geniebook.
Sign up for free demo
This is default text for notification bar
Learn more