Reports of the said meal came to light after a photo went viral online of the alleged meal served to athletes for their breakfast, which included a portion of rice, one wrecked egg, and two of the offending alleged pork rolls, which are usually made of flour, ground pork meat, and spices.

The South China Morning Post was one of the first international media outlets to report the presence of the alleged porcine roll in a Muslim athlete’s meal, but the local organizers in the Philippines have asked the website to correct its article, as they alleged that the events did not happen at all.

According to a report by TODAY, Mr Ramadan Aguan, information officer with the National Commission for Filipino Muslims (NCFM) repeatedly warned the organizers to provide enough halal food for Muslim athletes. Consuming any product with pork is prohibited in Islam, as pork is considered unclean.

In the end, the athletes allegedly did not eat the food provided to them, but an Indonesian Muslim athlete was allegedly able to consume the food, reported Yahoo News.

Press conference in an unfinished venue

Weeks before the preliminary games were about to start, work was being rushed to renovate a lot of the venues that were needed for the event. Some of the venues, such as the Rizal Stadium in Metro Manila, had scaffolding days before athletes arrived. Reporters were briefed in an area that resembled a warehouse.

A report from Fox Sports Asia showed that the venue consisted of plastic chairs and tables with unfinished walls and a metal roof.

The Timor Leste Men’s Football team was stuck at the airport, as no van was there to pick them up when their flight arrived on Saturday, November 23 at 5:00 in the morning. According to a Facebook post by Asean Football News, the team was only picked up 2 1/2 hours later and were taken to the wrong hotel to boot.

The Myanmar contingent also complained at the late retrieval from the airport, as well as how the cramped buses deployed for their pickup. They said in a report by The Philippine Star that the buses were worse than the village trucks they had in their home towns.

Due to the long wait for the bus, the Myanmar team had to skip practice that day.

Cambodia team sleeps on hotel room floor, have no lockers

Another report by TODAY Online showed that some athletes had to sleep on carpeted floors for hours while waiting for their rooms to be prepared. The report alleged that the team from Cambodia had to wait for rooms to be available.

The hotel later issued a statement that the organizers did not book rooms for the time that the athletes arrived, and that some rooms exceeded occupancy.

Another photo showed that the Cambodia Men’s Football team did not have lockers for their equipment during their game, and that they brought their bags to the field where they competed.

Vietnam contingent had to shop for food and water, rent their own vans

Vietnamese football teams and their contingent faced problems as well, as the food presented to them wasn’t up to the standard of athletes about to compete. The menu was also allegedly repetitive.

There was also not enough water for the athletes, so the coaches had to shop for those too.

Thai government steps in to make their athletes more comfortable

Thai media had broken the story days ago, with some reports saying that the Thai government had to step in and send resources to their team to purchase the things they needed for a better SEA Games experience.

The Thai team received better transport logistics, as several teams had to wait for the rotating bus schedule for their turn to get transport. Coupled with the Metro Manila traffic, waits lengthened and time was wasted.

An Instagram post also showed Thai athletes training in the street thanks to the lack of facilities allotted for their stay. What’s more, the traffic that they would need to go through would eat up all their practice time. There was a two-hour trip from Century Hotel Manila to their training facility.

The SEA Games for this year haven’t officially started yet, as the opening ceremony happens on November 30, but some teams are here to begin competing. The games run until December 11.

I have this theory that ties in all the different hints dropped in the show. My conclusion is…
byCaymen Tan 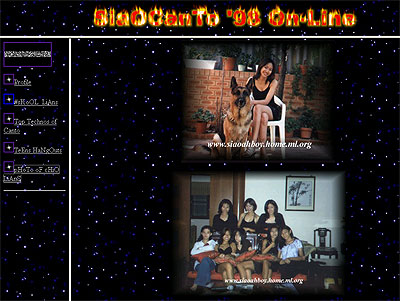 Back in 1998 when I was just 18 years old, I used to think places like Fire, Spark…
byalvinology