A dazzling line-up of 18 Asian celebrities graced the “green carpet” at the StarHub Night of Stars awards show held at the Marina Bay Sands Theatre on Sunday evening. Among them, K-pop group AB6IX set fans screaming at the highest octaves.

Acting Awards at the StarHub Night of Stars 2019

Korean stars Kim Jae Uck and Park Min Young, who starred in romantic comedy Her Private Life, snagged the 2019 StarHub Best Male and Female Asian Star Awards, which were the highest accolades of the night.

Korean artiste Ong Seong Wu received the 2019 StarHub Most Promising Actor Award for his acting debut, portraying a reclusive high school student in in At Eighteen.

2019 StarHub Rising Star Award winner K-pop idol group AB6IX sent hordes of fans into a tizzy with an electrifying performance of their hit songs Breathe and Blind For Love.

Nancy Sit, known for her iconic role as Hao Yi in A Kindred Spirit (1995), took home the 2019 Most Caring Star Award.

StarHub customers can catch the premiere of StarHub Night of Stars on Hub E City (StarHub Channel 111/825) on December 8, 2019, 7pm. The programme will also be available on the StarHub Go streaming app, under the Go Local reel, free to all in Singapore from December 9, 2019. A rerun will also be telecast on Hub VV Drama (StarHub Channel 855) at 10.30pm on January 10, 2020. This article was written by Phua Yi Xuan of Asia 361. Located along Amoy Street, yet another Korean…
byAsia 361 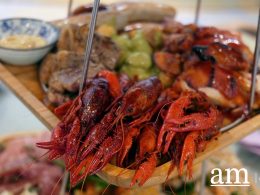 [Review] The Mother Of All Brunches: Insanely Indulgent Instagram-Worthy Treat at SO/Sofitel

Gone are the days of self-help buffets. Buffet, served Ala carte style, is now the norm thanks to…
byZenn 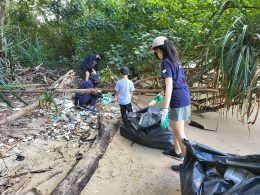 UNIQLO launches JOIN: THE POWER OF CLOTHING, a global campaign to support activities for a better world. The…
byIrone Kim Qatar Airways is inspiring passengers to ignite their sense of adventure, or take time out to reconnect with…
byDanielle Ann