In an ill-advised Instagram story allegedly posted by Australian model and actress Jordana Stott starring herself and her fiancee, meal delivery company CEO Lance Giles, the couple can be heard hurling racist slurs at various people vacationing in the same Singapore resort.

Most of the people featured on the Instagram story were of Asian descent, and the two could be heard making slurs against the people they were filming without consent.

Here are some shots of the video, which shows the people that Giles and Stott were talking about:

This one showed the two allegedly mocking a couple who were looking at the practice of Japanese paper folding on a mobile phone. In the video, you could hear a man’s voice cursing the practice of origami repeatedly.

The screenshot below shows a part of the video where the Australian couple was mocking a man wearing swimming trunks in the pool area of the hotel.

This one also showed that a woman who could be Stott allegedly called the women taking a vacation photo in the video something offensive, then began mimicking their accent in a repulsive manner.

The video showed that they were mocking a common Singaporean accent, and were taking a video of the women without the latter’s consent.

Who is Lance Giles?

Youfoodz, an Australian healthy meal delivery service, was founded by the man who allegedly participated in the racist video, Lance Giles.

The company delivers and provides prepared meals to private homes, and also delivers meals to large grocery stores and gas stations throughout Australia. They have a factory in Brisbane that makes all the meals.

He and Stott have since apologized for the video, saying, ” “We deeply apologise for any offence this misjudgement has caused.” The apology appeared in an interview done by Australian media outlet 9News.

Giles and Stott being asked by supermarket to explain the video

As the video went viral in Australia and has now begun spill over to Singapore, a major client that stocks Youfoodz meals in that country has taken notice of the video.

Woolworths, a large supermarket chain that stocks Youfoodz’s items, has asked the couple about the viral tirade.

Some commenters have gone to Youfoodz’s Facebook account to mock the company because of the video, that is still circulating online.

The video was posted as Giles was in Singapore to speak at the Global Restaurant Leadership Conference. The two have since apologized for the video, saying that they were regretful and felt “lousy”, with their actions that were not reflective of the “way we feel”.

What do you think of these Australian people mocking Asians while being in Singapore for a leadership conference? Let us know in the comments! 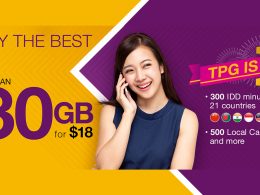 TPG is celebrating its first anniversary since its commercial launch on 31 March 2020. When TPG launched, it…
byIrone Kim 6 Tips for Leaving the House Safely During Lockdown 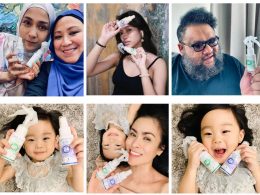