As police investigations continue into the death of a toddler in a unit on the Block 52 Chin Swee Road HDB, netizens are speculating on the details of the case, especially the circumstances of the victim.

What happened on to the 2-year-old found in a pot in the Chin Swee Road HDB?

According to a previous report, what was initially-reported as a foetus cooked in a pot in the flat was actually the remains of a 2-year-old girl that had died in 2014. She was identified as the daughter of the two previous tenants of the unit, who are out on remand for separate crimes.

The current occupant of the unit was a 20-year-old man with developmental difficulties, and it took police investigators hours to leave the flat.

The report said that on September 17, a couple was charged with the murder of their own daughter. If proven guilty, they would be faced with the death penalty. The 31-year-old man and 30-year-old woman have two other children, who have been placed in safe, alternative care situations as the case is ongoing.

How did they find out about the dead toddler?

Reports said that neighbors had noticed a pungent smell coming from the unit. They called the police who arrived shortly to investigate. They found the occupant, who lived there with his older brother. The older brother was in prison, though, serving a sentence.

The police left with a cooking pot and a bag.

How bad are the parents in this case?

Aside form the very serious and heinous charges brought against them for the unreported death of their daughter and the allegations of murder, the couple are currently facing sentences for other cases. The man in particular, according to Chinese newspaper Lianhe Zaobao, has various drug-related and violent crimes under his belt.

He allegedly hit, punched, and kicked a man using his helmet. He also did not return to a community supervision centre when he was allowed to work for a food supplies company a few years ago. He was also proven to be taking methamphetamine in 2011 and 2016. The woman, on the other hand, have drug-related and theft charges to her name.

The two are the registered occupants of the unit, and it is unclear what the connection of the man found in the flat is to them.

Why did it take five years to realize the child was dead?

Professor Liew Kai Khiun of Nanyang Technological Institute wrote a letter to the media that expressed netizen concern over the fact that the child was not monitored by various government agencies and programs that were assumed to be concerned with the welfare of children.

The letter said that a 2-year-old that was missing could have been discovered sooner, especially if the people concerned would notice that she did not go to doctor’s appointments for vaccines.

His letter did say that the police investigation is ongoing, but that it shows that the child “may have fallen through the cracks” and a better system for monitoring children and where they are in terms of health and education are needed. 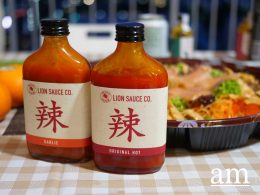 Is cheese your kryptonite too? Looking to upgrade your cheeseboard game? View this post on Instagram Shiok French…
byJune Tan

7 Most Popular Hairstyles of All Time for Women

Hair can be worn in a variety of ways. Apart from cultural backgrounds, fashion is one of the…
byContributor Medical Malpractice: What It Is And What You Can Do About It