Already, the company has a lineup of Apple TV+ originals from the world’s most celebrated creative artists will debut on the Apple TV app on November 1:

A drama starring Jason Momoa and Alfre Woodard is set 600 years in the future after a virus has decimated humankind and rendered the remaining population blind. When all humanity has lost the sense of sight, humans must adapt and find new ways to survive.

A cutthroat drama starring and executive produced by Reese Witherspoon and Jennifer Aniston, and starring Steve Carell, explores the world of morning news and the ego, ambition and the misguided search for power behind the people who help America wake up in the morning.

A darkly, comedic, coming-of-age story, explores the constraints of society, gender and family through the lens of a rebellious young poet, Emily Dickinson. 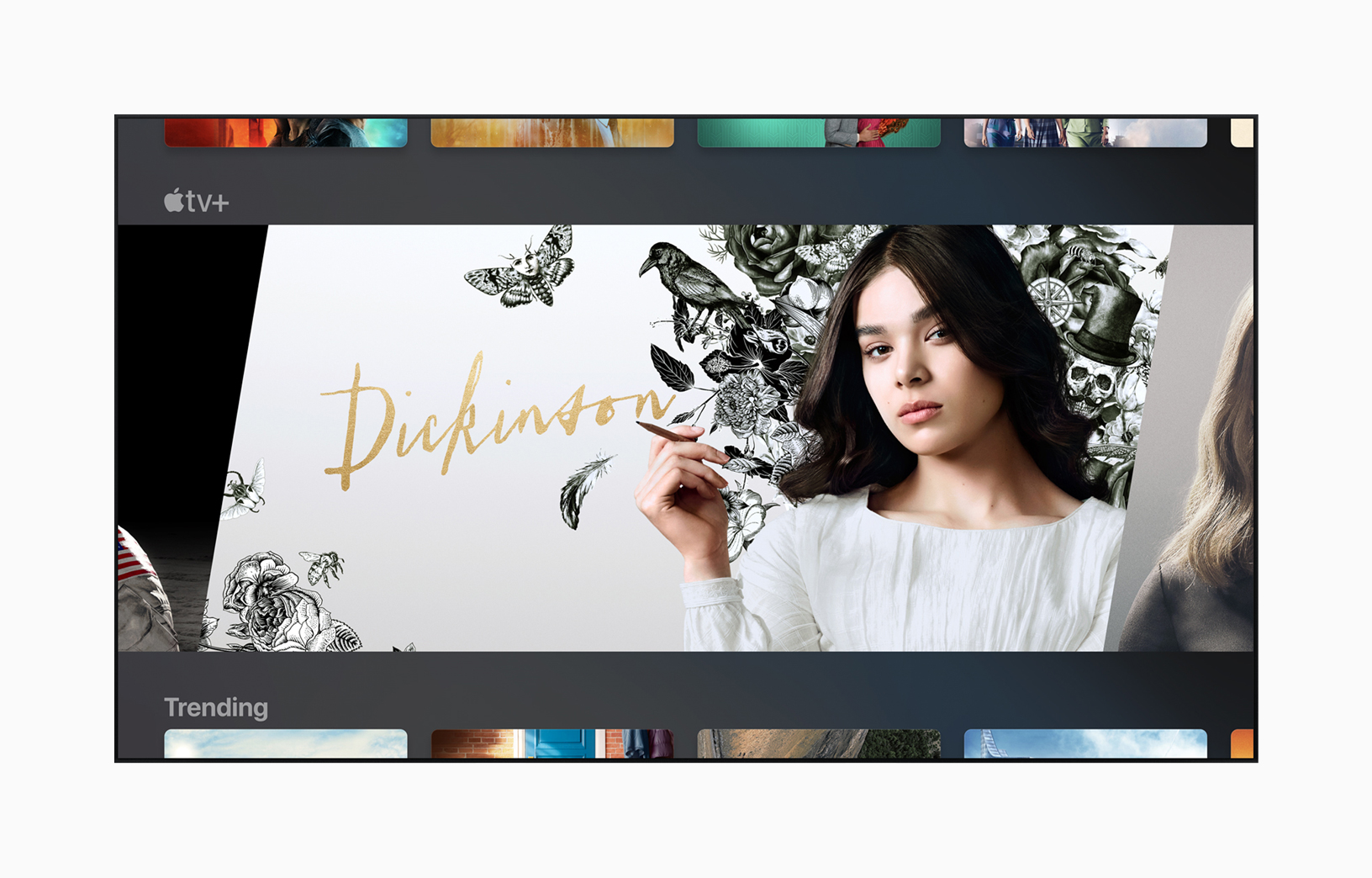 A new series from Ronald D. Moore imagines what would have happened if the global space race never ended and the space program remained the cultural centrepiece of America’s hopes and dreams.

A new children’s series from the makers of “Sesame Street,” stars Cody and a team of vibrant monsters who love to help solve problems. It all starts with a plan.

A new original from Peanuts Worldwide and DHX Media, takes viewers on a journey with Snoopy as he follows his dreams to become an astronaut. Together, Snoopy, Charlie Brown and the Peanuts crew take command of the International Space Station and explore the moon and beyond.

A reinvention of the beloved original series follows four kids who are brought together by a mysterious ghost in a neighbourhood bookstore and must team up to release fictional characters from works of literature.

An acclaimed documentary film and cinematic love letter to a species on the verge of extinction, follows a majestic matriarch elephant and her herd on an epic journey of life, loss and homecoming.

Oprah Winfrey joins the world’s most compelling authors in conversation as she builds a vibrant, global book club community and other projects to connect with people around the world and share meaningful ways to create positive change.

A new psychological thriller from M. Night Shyamalan, follows a Philadelphia couple in mourning after an unspeakable tragedy creates a rift in their marriage and opens the door for a mysterious force to enter their home.

Inspired by the true stories featured in Epic Magazine, brings to life the funny, romantic, heartfelt, inspiring and surprising stories of immigrants in America.

A feature film and official selection of the 2019 Sundance Film Festival and 2019 Toronto International Film Festival follows a high school senior struggling to balance being a suburban teenager with her traditional Muslim upbringing.

Subscribers can watch Apple TV+ originals both online and offline, ad-free and on-demand, on the Apple TV app, which comes pre-installed on iPhone, iPad, Apple TV and iPod touch and will soon be on Mac with macOS Catalina. The Apple TV app is also available on select Samsung smart TVs, and will come to Amazon Fire TV, LG, Roku, Sony and VIZIO platforms in the future. Customers can also sign up and watch Apple TV+ originals on the web. 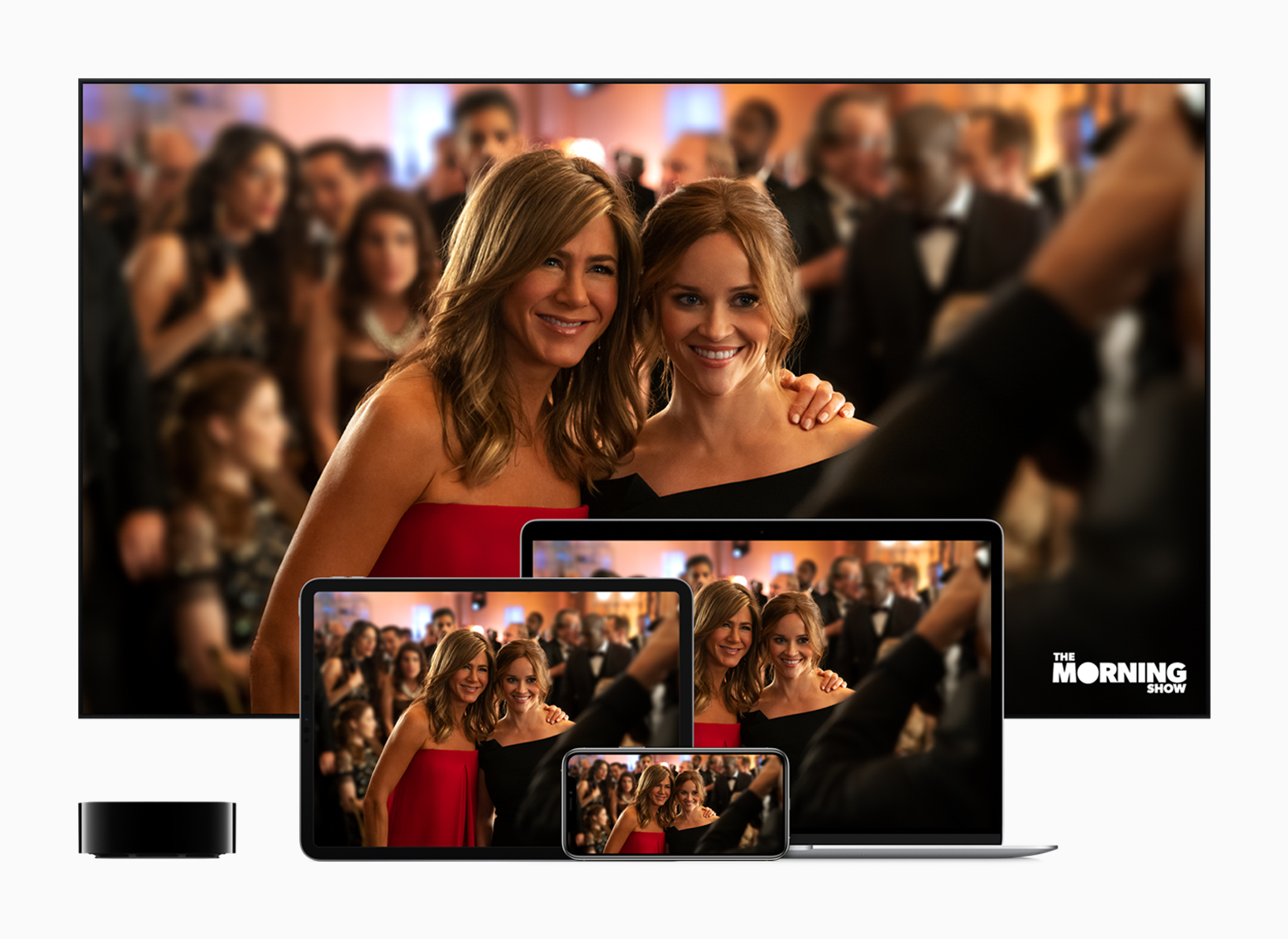 Starting today, viewers can watch trailers and add Apple TV+ series and movies to Up Next on the Apple TV app, so they can be notified when the first episodes become available. At launch, most Apple TV+ series will premiere with three episodes, with one new episode to roll out each week, while full seasons of some series will be available all at once.

Apple TV+ will also be available on the Apple TV app on select 2018, 2019 and newer Samsung smart TVs, and on Amazon Fire TV, LG, Roku, Sony and VIZIO platforms in the future. Customers with AirPlay 2-enabled Samsung, LG and VIZIO smart TVs must update to iOS 12.3 or later or macOS Catalina to play or mirror Apple TV+ originals from the Apple TV app on iPhone, iPad, iPod touch or Mac directly to their smart TVs. Customers with eligible Sony smart TVs will be able to enjoy AirPlay 2 support later this year.

The subscription will automatically renew at S$6.98 per month after one year. Customers can cancel at any time in Settings at least one day before each renewal date. Customers who cancel during the offer period will forfeit the remainder of their offer.

This limited-time offer applies to both new and refurbished models, including devices from the iPhone Upgrade Program, is not restricted to any specific sales channel (e.g., Apple Store, resellers) and will be available in all countries where Apple TV+ will launch.

Up to six family members can share one Apple TV+ subscription and watch using their own Apple ID and password. Only one one-year offer is available per family, regardless of the number of devices purchased. 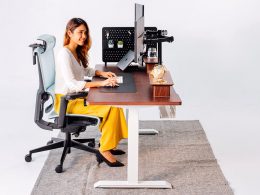 ErgoTune, a Singapore brand that specialises in highly adjustable seating solutions, recently upgraded the flagship model of its…
byalvinology Mala Marshmallows are now available on Shopee! Order now and give our frontline heroes a helping hand

During this stay home season, you might not be travelling out of the country or going for parties,…
byIrone Kim