Woman, 32, suspended and arrested for allegedly driving Mercedes Benz against traffic in Chinatown

We’re convinced that there are days that some of us just want to watch traffic videos involving accidents, altercations, and plain weird behaviour involving motorists in Singapore. But once in a while, there comes a video and a driver that just captures the nation’s interest, and we have the 32-year-old woman to show that the most bizarre things do happen on Singapore roads.

According to a report from TODAY, a 32-year-old woman has been arrested in connection to an incident where a driver had counter-flowed in Chinatown on Firday night, September 6. A viral video had taken the Singaporean internet by storm, with people simply shocked how someone could have the audacity to drive against heavy traffic in one of the busiest neighborhoods in Singapore on a Friday night.

What happened in the video?

The viral video showed a car driving against traffic, with a woman wearing a tight, white dress stepping out of the driver’s side. She then starts to speak in Chinese, with some viewers saying she started cursing.

The woman was reportedly being investigated by the Singapore Police Force and was cooperating as of yesterday, September 8. But on September 9, reports said that she was arrested for allegedly driving counter-flow and that her license has been suspended.

The same report from TODAY said that the police were alerted to the incident of dangerous driving on Friday, Setmebr 6 at 10:24 in the eveing along Upper Cross Street towards South Bridge Road. No injuries were reported from the incident.

Who is the woman who drove against traffic in Chinatown?

Netizens were quick to find out the identity of the 32-year-old woman, speculating about her photo and other information online. Some of them even went so far as to find out how much the clothes she was wearing cost, just to figure out how someone who appeared to be wealthy could drive in such a way, as if they did not know about traffic rules or had disregarded them completely.

Netizens also took to Singaporean government websites to find out about her car and license plate, just to know if she had any problems with her road tax. The search results showed that the car’s road tax was expired as of July 2019, and that it wasn’t even allowed to be driven in Singapore. 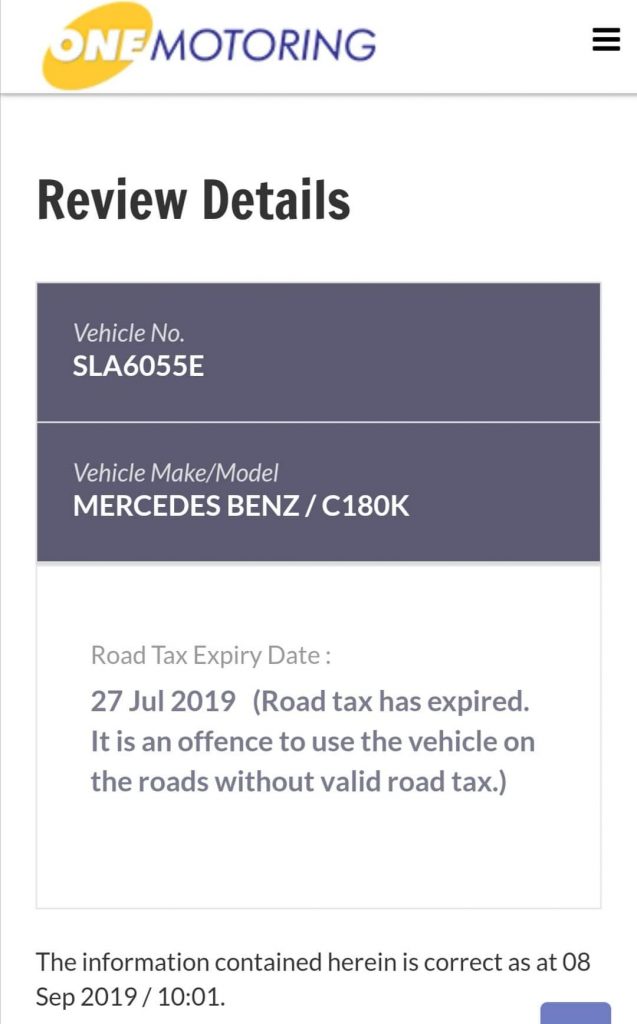 A day later, though, the website had been updated and the same result said that the road tax was paid.

Aside from the road tax, netizens were also nitpicking the woman’s outfit and body type.

Apparently her dress cost US$645, but that doesn’t have any bearing on her offense at all. Still, netizens were quick to point out that even she can afford such a dress, she still made a very basic but huge mistake when driving in any place in the world, let alone in Singapore.

Here is the video of the incident.

Remember this guy whose BMW was hunted down by Singaporean netizens all the way to Malaysia? Impossible Foods, maker of plant-based meat and dairy products, has brought their famous healthy burger from their kitchen…
byCarmela Ann

Do you know that Old Chang Kee does frozen food delivery? Following the good response for their frozen…
byalvinology Nikon celebrates its 100th anniversary on 25th July, 2017 and as part of its centennial anniversary celebrations, Nikon…
byStaff Writer

In view of the uncertainties concerning the COVID-19 pandemic, the Hong Kong Tourism Board (HKTB) announces that its…
byIrone Kim
Power up your child's learning with Geniebook.
Sign up for free demo
This is default text for notification bar
Learn more