MrsCarwash is allegedly the “first ever” Singaporean business to employ an all-female crew of workers. According to the Facebook account of the brand, the all-female car wash will have women washers and a special promotion for anyone who comes in for services on National Day. The owner has also said that they won’t be using girls in bikinis for their business. Right.

Take a look at their opening promo:

According to the post above, you’ll be able to find MrsCarwash on 15 Yishun Industrial Street 1 from 2:00 in the afternoon up to 2:00 in the morning of the next day.

In an interview, the owner named Royce, said that he had never experienced an “all-female car wash” before, and thought that offering the service would “create a fun and unique washing experience which we cannot achieve the same results with males.”

What the gender of the people washing your car can contribute to the “experience” is something unclear to us at Alvinology.

For people who are interested in the particulars of their specific National Day promotion, the size categories of their services is as follows:

Just to make sure that the “all-female” part of their business model isn’t the only hook for their customers, they were sure to say that they offered a popular brand of cleaning substance called Chemical Guy.

The owner also went to say further that he assures the public that his business is “legitimate and non-shady” and that girls in bikinis will not be used in his establishment.

Speaking to Mothership, the owner went on to say, “Frankly speaking, I choose to believe that concerns of sexism may float up from the general public but i strongly believe that with proper honest working ethics, even if it involves fully female washers, it’ll be just another car wash business where customers get their car cleaned up.”

The report also said that he would be asking his washers to wear crop tops, flip flops, and shorts instead. For a frame of reference, car washes in Singapore usually ask their attendants (who are usually male) to wear uniforms comprised of shirts, pants, or shorts. Why the owner chose to use crop tops and shorts as shown below was not mentioned.

But for the particular post above, the hook was definitely the identities of the female car washers. We don’t know if the way their features were blurred were to protect their privacy or for some other unknown purpose that isn’t related to gender at all.

Most car wash establishments in Singapore employ male washers, where they wear clothing seen below:

There was an all-male topless car wash ten years ago

While there may be accusations of sexism and female objectification when the establishment finally opens over the weekend, this isn’t the first time that the gender of the washers were used for marketing a car wash. Ten years ago, male beauty pageant Manhunt Singapore organized a “topless carwash” with their contestants. With fears over the spread of the novel coronavirus 2019-nCoV from Wuhan mounting, Singaporeans become ever more vigilant…
byDanielle Ann 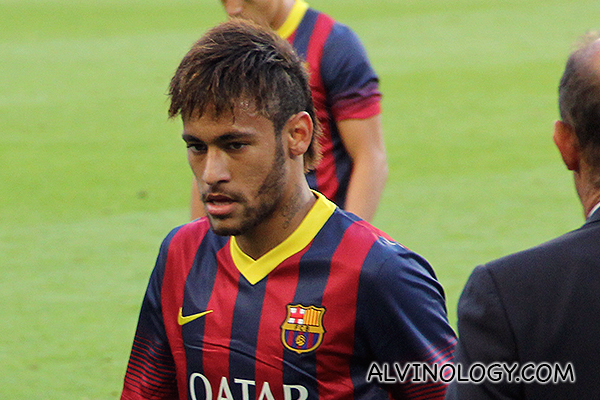 The World Cup fever is at its peak now, with just the semi-finals and finals matches to go. In…
byalvinology