Who is Preetipls? The Singaporean YouTuber and comedian Preeti Nair tackles “brownface”

Preeti Nair goes by the moniker Preetipls online on all social media platforms, and has made a name for herself as a social media comedian in Singapore. At 25 years old, she doesn’t hesitate to speak her mind and tackle sensitive issues such as racism in the country.

According to her LinkedIn account, she has been creating music and videos for her channel on YouTube since 2017, where she features other creators such as her brother, rapper Subhas Nair. She has also featured Singaporean actor and singer Benjamin Kheng, who is a member of pop band The Sam Willows. Preeti likes to frame her videos with songs, and also tackles content related to racial bias.

She graduated from Ngee Ann Polytechnic in 2015. While still in school, she did a seven-month stint as a deejay for campus radio station Heatwave, in 2014. She has some graphic design skills and freelanced during her school years and after graduating.

She was an Assistant Social Media Community Manager for Mediacorp in 2016.

She made headlines in Singapore news recently after a video of her and her brother Subhas was uploaded in reaction to the NETS E-pay ad that featured local comedian Dennis Chew. The advertisement featured the actor role-playing various characters, including an Indian a Malay woman in a tudung. His natural skin colour had obviously been darkened with makeup, which constitutes “brownface”.

Who is Subhas Nair and why did Channel News Asia cut him from their music documentary?

Preeti is very outspoken about racist behaviour that she claims, occurs on a regular basis in Singapore.

The racially-charged video (which was named “K Muthusamy”, after the name of the Indian character Dennis Chew played) was a mangled version of an Iggy Azalea song with lyrics that swore at Chinese Singaporeans. She mocked the E-pay ad with her brother dressed up as K Muthusamy – to show that the advertisers could have easily gotten a real Indian man to play the part.

The video has been taken down pending police investigation.

This isn’t the first time that Preeti has taken on race as a topic in her videos. In this one below, she plays Chun Li, a character from the popular arcade game Street Fighter:

Read about the controversial K Muthusamy video and what it means for Preeti and Subhas here. Singaporean netizens bash iPhone 12 for lack of charger in box

This article is also published on ASIA 361. You have probably seen the video of Iron Man’s Eiffel…
byKatherine Goh 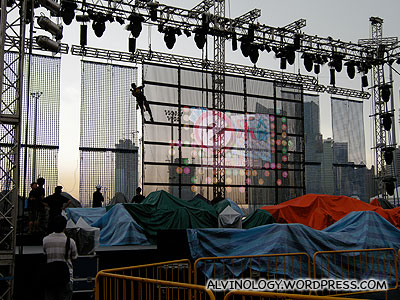 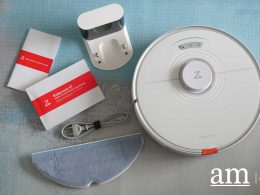 [Review] Roborock S7 – Level up your cleaning with Sonic Mopping