In light of the fiasco caused by their S$54 Huawei Y6 Pro National Day promotion for those above 50, Huawei issued a statement today saying they will “make things right”.

For those who did not follow the recent news, Huawei ran a National Day promotion for their Y6 Pro smartphone, selling them at S$54, a whopping 73% off the usual retail price of S$198. The promotion was supposed to run for three days, but the phones were sold out at all stores within hours, causing much anger and distress among the elderly who queued to get their hands on the phones. Police were called in to managed the situation at some branches, causing much public commotion islandwide.

How will Huawei make things right from here?

Huawei said they will be reaching out to the 5,000 customers who have registered at Huawei stores between 26 to 28 July, by giving them each a S$100 Huawei smartphone voucher. The Huawei Y6 Pro currently retails at S$148. With the voucher, these customers would be able to purchase a brand new Y6 Pro at just S$48 – even cheaper than the S$54 promotional price.

This should be a happy ending for those disgruntled elderly folks who joined the long queues and did not get their hands on a Y6 Pro phone.

For Huawei, the apology would cost them at least S$500,000 (S$100 x 5,000) in revenue. That’s half a million dollars and a really expensive correction they are embarking on to make things right.

Below is Huawei’s official statement in full:

“We are sorry for the disappointment and distress caused to our customers over the weekend.

We had prepared approximately 2,000 handsets but clearly underestimated the overall customer demand, resulting in a poor consumer experience for those trying to buy the phone.

We did not carefully consider our customers’ well-being enough and should have been better prepared for this promotion.

To make things right and show our commitment to our customers, we will reach out to the 5,000 customers that have registered at our stores from 26 – 28 July 2019 with a $100 Huawei smartphone voucher. The team will be contacting these individuals within two weeks from 2 August 2019.

It is our customers’ loyalty and trust that continue to contribute to Huawei’s success in Singapore and we will continue to provide the best products and experience as always.”

To be fair to Huawei, many other retailers have employed similar marketing and promotional tactics to generate buzz. In this case, Huawei probably underestimated the overwhelming response from our pioneer generation, which was what led to this unfortunate situation.

We reached out to Huawei for their comments with regards this. Below is the official reply from a Huawei spokesperson:

“We had set out to create an offer at an affordable value for our respected senior citizens of our country but instead have caused upset among many. We are truly sorry for all the distress that was caused and we will be sure to be more mindful of our plans in the future.”

Alvinology.com understands that Huawei initially estimated that they would need only 2,000 handsets because of records from previous promotions. The handsets had been allocated to the respective stores based on their previous sales figures.

The company is also trying to get in touch with the lady who fainted in the queue and is exhorting the public to help get in touch.

We think the folks at Huawei are genuinely sorry for the public commotion they caused and truly want to make amends.

In any case, after this incident, Huawei would probably be much more careful next time when they plan for other similar promotional campaigns. 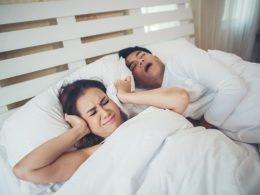 The theme of the sixth and latest collaboration between UNIQLO and the French fashion icon, Ines de la…
byCaren Foo Why twiddle your thumbs till the Christmas weekend when you can start celebrating now? With less than two…
byStaff Writer
Hello. Add your message here.
See how Snapask has been helping out over 3 million students around the world. Find a perfect plan