Los Angeles city of lights, music and fame. LA has witnessed everything from the legendary ’84 Olympics to the biggest film studios in the world. With time LA has become one of the most important places for the music industry. The city has witnessed artists come and go, musicians careers go to death, start of another era, bands forming and breaking up. The city is still a hotspot for budding artists and is one of the best destinations to witness live concerts, see the remnants of Rock music in the Sunset strip and go on a stroll through the Hollywood Walk of Fame.

Planning a bus trip to LA is pretty easy, given one tries to be very articulate and plans it beforehand. With plenty of places to go for witnessing the revolution of music here are some tips for ensuring that you make the best out of your journey.

You can easily charter a bus rental in Los Angeles and go off to discover the music venues. Be careful to keep some extra food and water in the bus and always stay hydrated during the long road.

The following are the places to visit which can make it easier for you to plan your trip.

Famous for its Rock ‘n’ Roll culture was a hotspot for many musicians like David Bowie and Jim Morrison. The strip, running about 1.5 miles along Sunset Boulevard, the 1960s, saw many artists taking refuge in the nightclubs like Whisky a Go and The Roxy, which are still around today. One can also enjoy live music in Viper Room or The Troubadour, get a couple of drinks at Rainbow Bar and Grill, a popular hangout place for John Lennon and Alice Cooper.

One of the most popular, and therefore a must visit place in LA. This place as we all know has honored a number of notable musicians, if you go a little further there is a special section outside the Guitar Centre, sunset boulevard reserved just for the rock musicians, where you’ll find the handprints of Val Halen, The Cure, Nancy Wilson, and ZZ Top.

If you’re a music lover, you’d surely know this place. Amoeba Music is one of the largest record stores in the world It boasts two floors packed with music, DVDs, games, art, and posters, and even hosts the occasional free live show. Paul McCartney’s 2007 EP Amoeba’s Secrets was recorded here, in an unannounced live performance. thus, making it a perfect place if you want to grab perfect music themed souvenirs.

No LA music tour would be complete without a visit to the legendary Hollywood Bowl. Opened in 1922, this famed amphitheater had witnessed performances of The Beatles, Nine Inch Nails, Genesis, Lady Gaga and Tony Bennett and is still a hotspot for many top artists who come and perform regularly.

Opened in 2008, this place holds the history of music and the Grammys. While the main attraction of the museum is artifacts, it also puts forward various interactive session so that people can understand various genres of music and many underrated artists.

Set in LA Downtown, it consists of various music centers that offer a blend of art, culture, and music. the Keck Amphitheater, the Walt Disney Concert Hall, the Dorothy Chandler Pavilion, the Mark Taper Forum, and the Ahmanson Theatre are the main attractions here.

Opened in the 1950s with Frank Sinatra, this place has conducted recording sessions for Green Day, Paul Mccartney and many others. It has been a center for many hit albums and also where the orchestra for the Academy Awards rehearses and records. The tourists are not allowed to visit the recording studio but can participate in the ticketed events that happen regularly. The mid-year school holidays are almost over. Parents and children, we understand the back-to-school blues. To recover, let’s…
byChitra Kumar 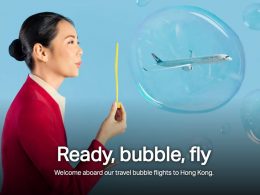