This woman can’t stand anyone reserving a table or ‘chope-ing’, and she leaves you a note if you do

Ah yes, the ubiquitous half-empty (or is it half-full?) water bottle sitting on an unoccupied table in a packed restaurant, eatery, or food court that can make or break any Singaporean’s day. One woman has resolved herself to battle this common practice of ‘chope’ or reserving a table while ordering food at a counter by leaving a disposable water bottle with some liquid left in it. Only people who don’t leave their home to eat are immune.

In a report by Yahoo Singapore, a 43-year-old woman named  KAtelyn Teo has launched a campaign called the “Anti-Chope Movement,” which seeks to at least remind and at worst shame people who adhere to the practice of ‘chope-ing.’ She does it by leaving paper notes on tables that have been chope’d when she comes across them, that tell them that while the practice is widespread and common, that doesn’t mean it is polite or correct.

What is Katelin Teo’s Anti-Chope Movement?

According to the same report, the campaign has been going on since April 2017, and Katelin has since garnered 22 supporters who make regular trips around Singapore to remind or shame people with their chope-ing. Some actors have also come to support the movement, some of them being Adrian Pang, Li Nanxing and Constance Song.

She has her friends from the finance sector, Stacey Ann Nonis, 38, and Julia Hee, 34, to help her in her endeavor, and they’ve left around 500 of the black and white hand-shaped notes over the past year.

How did the Anti-Chope Movement start?

The same report said that Katelin’s actions started when she herself had sat down at a table in an eatery, and she sat down only to find out some time later that table was chope’d thanks to the water bottle that was there when she sat down.

When the man who apparently reserved the table asked her to move since he’d reserved it already became angry, she refused to move, which prompted the man to use an obscene gesture at her and leave.

Since then, she’s considered the practice of reserving tables in such a manner rude and has made concrete actions to stop it.

What do netizens say about chope-ing and the campaign against it?

Some are clearly very attached to the practice and say that it’s the only sensible thing to do in some circumstances, especially when the food you’ve just bought include hot soups or heavy bowls.

Others try to point out that there are worthier causes in society to address, such as the deplorable state of the elderly or maids.

Another person noted that Katelin is also involved in a kindness campaign, but her Anti-Chope Movement is confrontational and is based on reprimand.

This commenter pointed out that the practice is for people who dine alone against their will, because they’re lonely and have no friends. Maybe a “Share a Seat, Win a Friend Campaign” would better serve them.

Some are simply disdainful of the the paper “reminders.”

While others pointed out that they could reserve tables using an actual person and avoid the chope-ing and the Anti-Chope Movement all together.

What do you think of the practice of reserving tables with innocuous items? Let us know in the comments!

To help Singaporeans and the local food services industry during the circuit breaker period, Google launches a new…
byIrone Kim 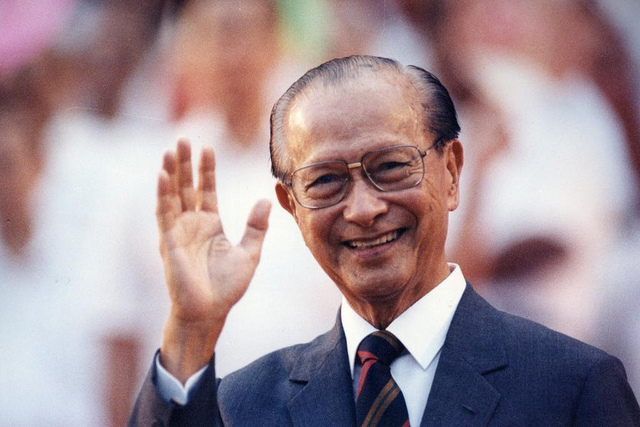 Wee Kim Wee School of Communication and Information Part 1 – Why is the school named after Wee Kim Wee?

If you read my “About Alvin” page, you will know I am a graduate from the Wee Kim Wee…
byalvinology

It’s been some time post circuit breaker, many restaurants have re-opened their doors with fresh ideas and concepts.…
byZenn 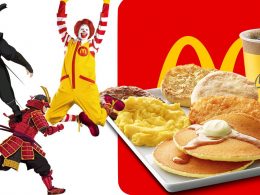 [PROMO] Say hello to twinning as Samurai and Ninja returns! Get dressed in any matching outfits to win 1-for-1 McDonald’s Breakfast Deluxe on 26 November!