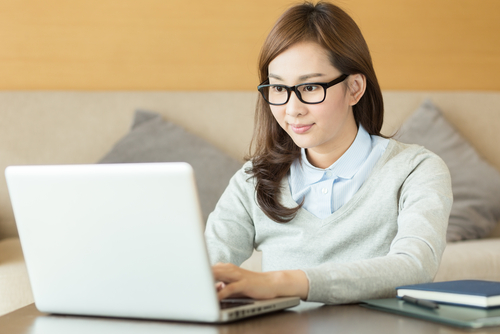 Singapore is one of the greatest financial hubs in the world and is a cornerstone in the growing importance of the Asian region to the global economy. The growth of this country from its humble beginnings can be traced to the work ethic and discipline that the country has become famous for. However, as the country continues to grow in wealth and power, it must be questioned as to whether new ways of approaching the idea of work should be considered. This is due to the fact that the limited amount of space in Singapore has made it relatively land poor despite being financially well off. As a result, despite the presence of a rather impressive public transport infrastructure, the fact remains that it continues to groan and buckle under the sheer number daily commuters.

This particular issue is further exacerbated by the fact that with the upcoming ASEAN integration, the number of foreign visitors and workers going into Singapore is expected to increase in the next few years. While the local infrastructure can handle its current influx of workers during rush hour, it is questionable whether it will be able to do so in the future due to both increases in its population from local and international sources.

While the idea of work from home programs may seem to be rather strange to a society that prides itself on its sense of community and discipline within the workplace, About.com’s home business specialists state that this sort of program does have several benefits that should be taken into consideration. One of the first benefits is the fact that workers who do avail of this program no longer have to constantly commute to the company on a daily basis. Due to nature of administrative work, sometimes a worker does not have to be physically there in the office in order to carry out a variety of tasks. This is also true if the worker in question happens to be a programmer or graphics designer wherein the location of where they work doesn’t matter in the least so long as they have the proper equipment to do so.

Another benefit is that if more workers were to work from home, this would help to alleviate the stress placed on the public transport system within the country. Such an act would go a long way towards ensuring that Singapore is prepared for the upcoming ASEAN economic integration. Last, yet certainly not the least, is the fact that a company can save a lot of money if it has a certain percentage of its workers work from home. The reason behind this is rather simple: maintaining the lights and other electrical devices within an office costs money. As such, by having more of its employees work from home the company can shut off unneeded electrical devices thereby saving itself a considerable amount of money in the future.

Issues to Take Into Consideration

Though working from home does seem a relatively good idea on paper, there are some issues to take into consideration before proceeding. One of the first issues indicated by Hbr.org is the fact that if an employee is working from home, how sure can the company be that they are actually working? When taking into consideration the fact that there is no direct supervision, they could be watching TV the entire day and call that “work.”

Aside from this, if a manager wanted to talk to an employee directly they would have to rely on talking to them over the phone or through email. The inherent problem though with this method is that nothing truly beats a face to face conversation when it comes to advising an employee on what to do when it comes to an upcoming task.

While the issues that have been indicated may seem to be hard to resolve, there are actually a variety of methods that can be implemented in order to resolve them. The first issue can be resolved simply by having employees use company provided equipment such as a laptop to do their work. Calgary Herald indicated that programs can be installed on it to monitor an employee’s rate of work and what they are doing. This helps to cut down on instances where an employee is simply sitting around and doing nothing while at the same time charging the company for it. The solution to the second problem is also quite simple; all the company would need to do is look into options like BlueJeans conference call services so that managers can talk to their employees face to face via their smart phone or laptop.

All in all, work from home programs have numerous benefits that companies based in Singapore should take into consideration when it comes to the shifting needs of modern day employees.

Halloween is near and if you are looking for a not too scary Halloween venue to bring your…
byalvinology
Power up your child's learning with Geniebook.
Sign up for free demo
This is default text for notification bar
Learn more