In United States, the reality the modern worker must accept is that there are many factors which are purposefully ignored or neglected by their employer that can consequently have great impacts on them. It is, therefore, essential that every employee knows and understands their rights as a worker — and is willing to stand up for them. Failure to take into account these rights means accepting to settle for less than what your are rightfully owed from your employer. You may not receive compensation for your years of dedication and valuable work. This will likely come to be one of the most terrible mistakes considering that a significant portion of the adult life is spent at the workplace and you deserve fair compensation for your efforts and time.

One of the most important overlooked factors by employees is the problem of worker misclassification, which has become a national disaster. This is despite the Internal Revenue Service (IRS) guidelines regarding who is to be considered an employee, which continues to be violated by employers. Today, a lot of workers have been wrongly classified as an independent contractor which has become an escape route for many companies, so that they don’t have to pay out as much to their workers.

According to a federal study, there are over 3.4 million employees wrongly classified as independent contractors. This is a move that has been utilized by lots of companies to minimize their liabilities. This is because, in law, independent contractors are not eligible for several benefits including workers’ compensation coverage, overtime pay, healthcare benefits, and vacations. The misclassification of an employer is a tremendous infringement of rights, as it leaves the worker out of the larger picture of the company’s operations. It is often a purposeful human resource “mistake” that has resulted in many companies maintaining the full benefits of a full-time employee without the burden of the extra costs of keeping one.

Since many companies that have taken the route of classifying workers as an independent contractor are never willing to make the corrections, there are really not any good options but to seek refuge in the law. Ravi Sattiraju in New Jersey is a specialized employment classification lawyer that can provide the much-needed legal guidance in such instances. Using the law as a point of reference and taking to account the factors at hand, the right attorney is the much-needed link to getting the full benefits you deserve as an employee.

There are several companies, most notably trucking companies, in New Jersey that have for years gone against the IRS guidelines to list employees as independent contractors. It is not just truck driver employees who should be concerned, but anyone in a scenario where the employer keeps playing about with documents to make you look like an independent contractor. Timely action is required, especially at a time when the U.S Department of Labor has intensified its fight against worker misclassification which costs the federal government billions in taxes every year. As a worker who is a victim, taking the right course of action will not only get to protect the dignity of your daily work, but provide a favorable foundation for a brighter future. 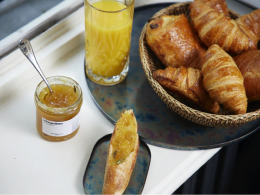 Useful Tips On How To Enjoy Local Food While Traveling 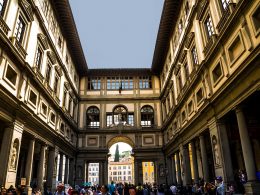 How to Plan a Visit to the Uffizi

For art lovers and even people who appreciate art but perhaps don’t know that much about it, visiting…
byGuy 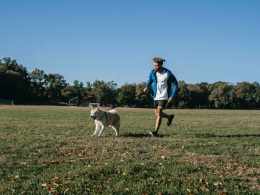 The Complete Guide to Pet-Friendly Apartments

Although it may be harder to find pet-friendly apartments in the U.S., there are some options that you…
byGuy

Technology in vehicles has been taking the auto industry by storm for some time now. From computer chips…
byStaff Writer