King of Thieves, is a 2018 British crime film based on the real-life Hatton Garden safe deposit burglary of 2015 in London. Directed by James Marsh, the film stars Michael Caine, Tom Courtenay, Michael Gambon, Charlie Cox, Jim Broadbent, Paul Whitehouse and Ray Winstone. It opens in Singapore cinemas on 9 May, 2019.

The real-life case has been called the “largest burglary in English legal history” as the stolen loot was estimated to have a street value of £200 million. What was even more astonishing was that the group who planned and carried out this heist was four elderly men.

This is those kinds of true crime stories that are stranger than fiction and make for perfect Netflix documentaries. In this case, it has been made into a movie.

A famous thief in his younger years, 77 year old widower Brian Reader pulls together a band of misfit criminals to plot an unprecedented burglary at the Hatton Garden Safe Deposit. The thieves, all in their 60s and 70s except for one, employ their old-school thieving skills to plan the heist over the Easter holiday weekend. Posing as gas repairmen, they enter the deposit, neutralise the alarms, and proceed to drill a hole into the wall of the safe. Two days later, they manage to escape with allegedly over £14 million worth of stolen jewels and money. When police are called to the scene and the investigation starts, the cracks between the misfit gang members begin to show as they row over how to share the goods and become increasingly distrustful of each other.

Meanwhile, the crime has become public knowledge, and a frenzy of speculations begin. As details about the crime come to light, both the British public and the media are captivated, and the investigation is followed with bated breath around United Kingdom. Is the movie worth catching?

The trailer is about as exciting as it gets. The novelty of old men pulling off a daring heist wears off after the first quarter of screentime. The dramatisation of the story is not particularly exciting and there really isn’t much plot twists or chemistry among the key characters.

It’s kind of a pity as a great cast was put together and director James Marsh has the right street creds to pull of a true-crime film adaptation like this. He is best known for his work on Man on Wire, which won the 2008 Academy Award for Best Documentary Feature, and The Theory of Everything, the multi-award winning biopic of physicist Stephen Hawking released in 2014.

The film feels draggy by the midway point. Maybe the real story wasn’t that intriguing and there’s not much material to work off when you try to put it into a 108 minutes film.

I wanted to catch it after watching the trailer and was drawn to the true-crime genre and the curiosities surrounding the case. If you are a fan of such genres of films, go catch it. Otherwise, you might be better off catching Avengers: Endgame or the another more dramatic true-crime film, Hotel Mumbai, based on the real-life terrorist attack in Mumbai back in 2008. As 53rd National Day comes along, we’re here to give you 53 things to look forward to aside…
byDanielle Ann The Pullman Hotel in Jakarta, Indonesia on Thamrin offers one of the best stays for couples, families or…
byDanielle Ann 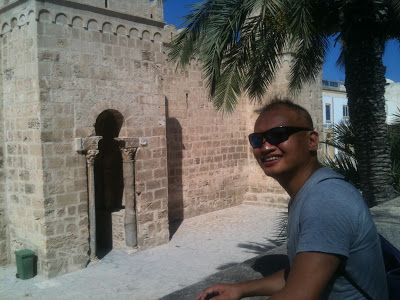 Hello everyone. As I listened to the news today on the radio, two stories made the headlines: firstly,…
byAlex Liang