You hardly hear anyone wax lyrical about fish and chips. After all, it’s your staple pub grub, one of Britain’s best food exports. The humble components aren’t considered to possess any sort of culinary finesse. Captain Snapper’s fish and chips at habitat by honestbee hopes to change this perception.

The captain’s docked his fleet of fish and other seafood morsels at habitat by honestbee, the world’s first tech-enabled dining hall and grocery concept. You already know of this multi-sensory grocery and food wonderland for its high-tech checkout and collection systems, but dig a little deeper into their F&B concepts. There are more than 15 to explore — yes, 15 and counting. If there’s one thing you shouldn’t leave without trying, it’s Captain Snapper’s fish and chips.

Captain Snapper is staking a very bold claim to be Singapore’s best and you would have to try it yourself to cast your verdict. While fish and chips are Britain’s national takeaway dish, it’s a complete feast at habitat by honestbee.

Previously called “Fish”, this brand overhaul has ditched what’s literal and ushered in a new captain who’s responsible for that golden crisp in each fry. Adding to its repertoire are two fish varieties, Atlantic cod and halibut — the former lauded for its soft flesh, while the latter’s favoured for its firm yet tender texture. They join Captain Snapper’s exisiting fish family that consists of dory, snapper, and barramundi, making this the best place for choice and variety.

The hallmark of good fish and chips lies in its marriage of crunch and flesh that doesn’t result in that sickly feeling that comes after consuming fried food. Sure you’ve sinned, but if eternal damnation is a one-way ticket aboard Captain Snapper’s fleet, it’s seriously worth it. Their fish and chips skip the heavy grease.

While the Captain is tight-lipped about what goes on in the kitchen, he did share about their use of several types of flour in the batter for a textured triumph. Scoring patriotic points, he credits the batter’s lightness and crispness to the fizz from Tiger Beer. Temperature and timing are major factors in a delicious fry — something he’s spent time perfecting. The batter’s always prepared a la minute, with its cold exterior hitting the hot vegetable oil in a measured method. Chips aren’t an afterthought here — after sourcing the best, they’ve fried these potato fingers to the perfect blend of crisp and fluffy.

Even if you choose to go traditional with splashes of malt vinegar, you can’t refuse Captain Snapper’s array of homemade sauces. Try the Sriracha tartare, which gives the herby favourite that extra heat, or something closer to home like the citrus Thai chilli dip that cuts through the flesh of the fish. The spicy tangy dip is a tasty accompaniment with a punch of pickle, thanks to the addition of sweet radish. However, the standout sauce really is their homemade classic tartare sauce – simple and authentic.

Apart from fish and chips, the Captain’s added a host of other treats that you’d typically find in a shack by the coast: Shrimp poppers, fried calamari and clam chowder. The shrimp poppers and calamari are spiced with just the right amount of paprika for that extra kick.

Fridays get fishier at habitat by honestbee. Every Friday, their Barramundi and Dory fish and chips set comes with Little Creatures beer for just $24.90. Other craft beers on tap go from just $9 during happy hour weeknights from 5.30pm to 8.30pm.

For authentic fish and chips, Captain Snapper hits the spot, and more — with 5 types of fish, a variety of sauces and other seafood snacks. Come on board.

habitat by honestbee is located at 34 Boon Leat Terrace, Singapore 119866. Hop on their free shuttle bus every Saturday and Sunday from HarbourFront MRT and Labrador Park MRT. If you drive, you’ll be pleased to note that they offer free parking up to 3 hours on Saturday and Sunday. 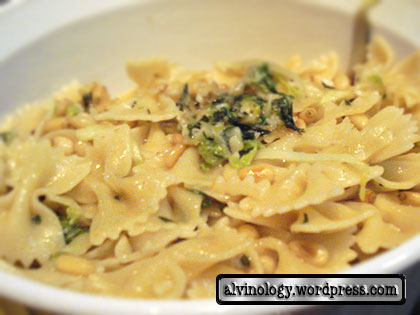 Cooking at home with The Naked Chef

You’ve seen the Naked Chef, Jamie Oliver on TV, but have you ventured to try any of his…
byRachel Chan

With the heightened awareness of dengue fever and Covid-19 in the community, Bio-X, a manufacturer of a range…
byalvinology