Tottenham Hotspur First Team squad will travel to Singapore and Shanghai as part of their pre-season tour in July in preparation for the 2019/20 season.

The 2019 pre-season tour will see Spurs return to Singapore for the first time since 1995 when they played against the Singapore Lions.

The English Premier League club, who continue to compete in this season’s UEFA Champions League, previously visited mainland China in 2009 when they contested the Barclays Asia Trophy in Beijing, having also visited Hong Kong as recently as 2017 to compete in a post-season fixture against Kitchee SC. It will be the first team’s maiden visit to Shanghai.

The tour will enable Tottenham Hotspur to join in the Centennial celebrations of Global Principal Partner, AIA, whose roots trace back to Shanghai in 1919. The Club and AIA have enjoyed a successful strategic partnership since the start of the 2013/2014 season.

The tour to both Singapore and Shanghai will form an important part of the Pan-Asian life insurer’s Centennial, with a 12-month programme of special events and activities across its 18 markets in the region having commenced in January.

The visit also grants the opportunity to engage with millions of fans across Asia including Official Supporters Clubs in both countries in which they will be playing fixtures.

Further details regarding opposition, venues and ticketing for the matches in both Singapore and Shanghai will follow.

To be alerted as soon as further information is confirmed, visit here.

Fans of Royal Caribbean, listen up! As part of the countdown to Mariner of the Seas’ farewell…
byKaryn Cheong 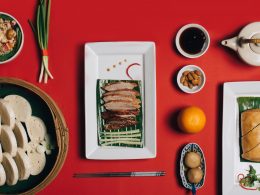 One thing we all miss about buffets is walking around the different food stations, surveying the myriad offerings…
byZenn Immerse your palate in a Medley of Figs and Grapes at Axis Bar and Lounge, Mandarin Oriental

You just can’t say no to the latest star duo at Axis Bar and Lounge, Mandarin Oriental Singapore.…
byCarrie Er 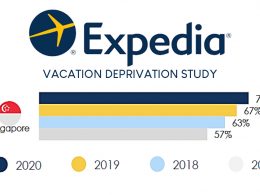 Ever since COVID-19 brought international travel to a near standstill, vacations to foreign destinations have been the subject…
byIrone Kim