COLETTE is a 2018 biographical drama film directed by Wash Westmoreland, from a screenplay by Westmoreland and Richard Glatzer, based upon the life of the French novelist Colette. It stars Keira Knightley, Dominic West, Eleanor Tomlinson, and Denise Gough.

The real Colette is a woman ahead of her time, comfortable with her bisexuality and celebrated posthumously as one of the giants of female voices in French fictional literature. Colette was elected to the Belgian Royal Academy (1935), the Académie Goncourt (1945, and President in 1949), and a Chevalier (1920) and Grand Officer (1953) of the Légion d’honneur.

Other than being known for her writing, Colette was also known as a mime, actress and journalist. Her love life is full of ups and downs, having gone through three marriages, two divorces, multiple open relationships, including lesbian ones.

On the big screen, the film’s narrative starts from Colette’s marriage to her first husband, Willy, encompassing her rise to fame in Paris, up till their eventual parting of ways. Her life is pretty colourful so it makes for quite a story that almost seems like the fictional stories she writes about. Thanks to the folks from Shaw, I caught the preview screening and find it surprisingly breezy and refreshing for a period drama. I was expected it to be slow tempo and a little stuffy, but was delighted with how the narrative skipped along while giving ample moments for Colette and Willy’s characters to develop onscreen. Kiera Knightley’s lead performance was praise-worthy and she was convincing switching from the forlorn little country girl in love with a much older man at the start to the liberated lesbian at the later half. For those who may have prejudice against stuffy European period drama, be rest assured that COLETTE is not a heavy film and would be accessible to the mass audience. Take it from one who is highly allergic to over-indulgent arthouse film. I would have left my seat halfway if that was the case but COLETTE kept be glued to the screen and entertained for the full run duration. I am not quite a feminist, but it is still heartwarming to see the triumph of the ‘little woman’ in the face of a patriarchal society. The film follows a typical feel-good story arc but is still strongly satisfying. COLETTE is a definitive movie to watch for those who are into the global #metoo movement and it will be showing in Singapore cinemas from 7 Feb, 2019. Don’t miss it. Unconventional country girl Sidonie-Gabrielle Colette (Keira Knightley) has married a charismatic egomaniacal man of letters, fourteen years her senior, known by the single name, ‘Willy’ (Dominic West).  He introduces Colette to the hedonistic world of artistic Paris where her creative appetite is sparked, and permits her to write her novels, only if she does so in his name. The phenomenal success of her ‘Claudine’ series makes Willy a famous writer, and Colette and Willy the first modern celebrity couple. Although they are the toast of the town, the lack of recognition for her work begins to gnaw on Colette and their marriage starts to internally combust. Set at the dawn of the modern age, COLETTE is the story of a woman who has been denied her voice by an overbearing man, and how she goes to extraordinary lengths to find it. Vegans and vegetarians, rejoice! Right on the heels of its Deliveroo debut in May, Impossible Foods is set to…
byRuth Y The annual MICHELIN Guide Street Food Festival is back after being met with tremendous success last year! The…
byKaryn Cheong 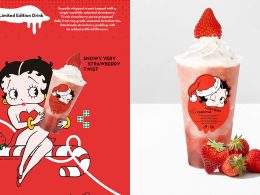