Former London resident and Zouk DJ Yuen Ye Ming recently figured in the news as a Singaporean inmate who has been dealing with a serious drug conviction.

Alvinology takes a look at his exciting life, his youth cut short by a supposedly lifelong stint behind bars with the promise of a lot of physical pain.

Born in the United Kingdom, reports said that Yuen Ye Ming attended an exclusive British school. The word on the tuition at said school ranges from 25,000 all the way up to 37,000 depending on which report you look at.

While at school, Yuen was already hustling while garnering topnotch grades. He attended Dulwich Prep School in South London and then Westminster School. Some of the distinguished alumni from these schools are Nick Clegg, Peter Ustinov and John Gielgud.

Thanks to his topnotch grades, he was able to get into the top public school in London. Sadly, this was also the time where his life would become turbulent.

According to Yuen, he had gotten mixed up with the wrong crowd when he went to the top school and ended up committing crimes throughout his stay there. He would fake licenses for other students from expensive schools. This was a whole scam that involved licenses sold from 15 to 25, amounting to almost 4,000 fake IDs sold over two years.

Scotland Yard attempted to arrest Yuen, but found that he had fled to Singapore when they reached his home. Yuen said that he left UK because of his father’s bad investments. Singapore and the club life

When asked why he did what he did in the UK, he would say that the money was very easy to make and he needed to support his clubbing and party lifestyle.

This is the same lifestyle he fell into in Singapore, where he spent a few months as the head of entertainment at a local events firm. Thanks to his experience and notoriety as a DJ at Zouk, he was tasked to handle the music and programming for a local space in Singapore.

He left the firm eventually, though, saying that he was not able to communicate his vision for the company well enough, which is why he decided to strike it out on his own.

According to his LinkedIn profile, he was also General Manager at Home Club. He also put the following awards down as part of this profile: But like many of his peers, his party lifestyle put him into contact with illegal substances. After being convicted of seven different drug offences, his sentence was reduced to 24 strokes of the cane and 20 years in prison. His first sentence was the death penalty.

Singapore and the UK officials are now at odds over the punishment, as the latter wants the caning removed from Yuen’s sentence. His family is also asking for clemency.

As for Yuen, he lives in dread of the event, which is said to be administered by a master caner. The punishment could happen any time without warning, and the prison guards have allegedly tried to administer the punishment. They were thwarted, however, by Yuen, who invoked his human rights. 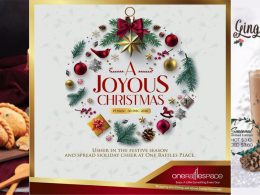 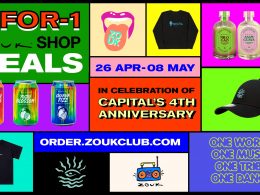