The power of the internet lynch mob is a phenomenon that individuals, brands and companies have always wanted to harness. This married woman tried to set it on a man called Lawrence (name redacted), who reportedly cheated on her.

She identified herself as one of the people the he cheated on. She said she only wanted to “create awareness.”

She was also quick to remind people that this person was allegedly abusive towards women. He allegedly asked for nudes from her, but she did not give them.

This post is about an ultimate scumbag and asshole who sleeps around with women no matter they are single, married or attached. His name is Lawrence, as per NRIC. He has no qualms about breaking those hearts and wrecking people’s families without having to bear any responsibility. Please remember his face carefully and warn all females around you about this 渣男 guy, especially your wives!

His standard modus operandi: He would say that he is single, he has not been married before, he used to have a girlfriend for 7 years whom he nearly married, he has been single for a very long time, never touch a woman for a marry long time.

He would spend a lot of time and money on his target, and he would tell her that he really loves her and wants to marry her. He would say a lot of nice things to the woman like, you are so pretty or your figure is very good – things that women like to hear. Trust me, he is very very good at this. A very high level love cheat who has NO MORAL VALUES AT ALL.

He works as a field sales in the freight forwarding industry. Here’s a brief timeline:

Before 2015, when he was with Agility International, he hooked up with a Filipino who had a boyfriend then. At that point of time, he was cohabitating with his China girlfriend (TY) whom he had been together since 2012. It was not the first time TY found out such things but she chose to forgive him again.

In 2015, when he joined Z Company, he started a relationship with a 19 year old intern who was half his age. He would then start bringing her to transit hotels  on their dates.

In Sep 2015, when a married woman ( Y ) joined Z Company, he started going after her. Note that at this point of time he was together with TY and intern. Y finally got together with him after 2 months.

After a few months, Y discovered that he had been texting intern. So she decided to give her a call and shockingly found out about their relationship.

After a few weeks, she found out about TY too. When TY came into the picture, he decided to want to abandon Y and started treating her really badly and even hit her.

Y got pregnant. He resigned without looking for a job because at that point of time, his plan was to go China with TY to start their business. Note that TY comes from a wealthy family.

When he found out that baby was a boy, he decided that he wanted to marry Y. But at that point of time, his attitude towards Y still sucks. He would threaten her and even create bruises on her body despite her being pregnant. Y was going through hell the entire pregnancy.

Just before giving birth, Y took a look at his phone and found nude photos of women whom he had been sexting with. She also noticed that he had off all his app notifications so that these messages would not pop up. Those messages included his messages to the same intern whom he mentioned “I miss going to hotels with you…”.

Y decided not to put his name on baby’s birth cert. He was still together with TY despite all these happenings.

After baby’s full month, they started bringing baby out together. There was one instance when Y was not free and baby was in his care, he actually took baby to TY’s house! By the way, TY stayed alone in an apartment. Of course, together with him whenever he went there to stay over.

In June 2017, he decided to tell Y that the baby was not his and told her DNA said so.

Some time in end 2017, about 1 year after he had joined a new company, he got to know this woman Amanda (name redacted)
(the one in the video) from his sales call.

Amanda, married with 2 children, works at Company X. She stays in (redacted). They got together and started going to hotels on their dates.

In March 2018, Y went to tell Amanda’s husband about this affair and told them about what kind of person Lawrence was. She even told them that he borrowed $30,000 from TY to buy his new sports car. Amanda obviously felt cheated, and they stopped going out together. TY was informed too but she decided to forgive him again. Y went to do 2 DNA tests and results were positive. After bringing baby out together for 2 months, Y was offered a job at Company X too. When he got to know about this, he threatened her not to join the company if not he would start telling others about their relationship. He started blocking Y and later Y realised because he started keeping in close contact with C, his ex-girlfriend from 12 years ago. Then he resigned from Company X as well. He and C got back together during the world cup season whereby they would hangout every night to watch the matches till wee hours.

TY and Y poured sorrows with each other. TY decided that she wanted him to return all the money he had borrowed for his car instead of allowing him to pay in installments. I guess now that the cash queen is of no use to him, they finally broke up and TY returned to China after so many years.

However, when C returns to Canada (she works there), Lawrence continued the relationship with her but went to hook up with Amanda again! Amanda, despite knowing the kind of person he is, agreed to go out with him too. Since they were caught previously, they were very sneaky. She would willingly take taxi or Grab to the hotel at 6:00 am and he would meet her there every Friday mornings. Sometimes Thursdays but mostly Fridays, and during office hours so nobody would know. This happened for 2 months before they decided that they could meet outside of office hours too. That’s how they are caught on camera shopping at Northpoint. Look at how sweet they are!

On Oct 4, this was finally exposed to Amanda’s husband again. She mentioned that she was being threatened by him with some videos… drank the washing chemical and then was admitted to the hospital. Really??? If you are being threatened, you call the police and not willing take cab to go to the hotel and then later take cab back to your workplace! Someone please give her a BEST ACTRESS AWARD! Obviously just a justification on why she keeps meeting him. From the videos, she obviously enjoys every minute spent with him. Both itchy dogs…

On Oct 9, this was informed to his then employer, and then he got FIRED on the very same day. What a reason to get terminated! Because he made use of working hours to check in hotel with a married woman… you really think sales people are so flexible that they can do anything they want during working hours??? HAHAHA!

Lastly, another video where this scumbag was afraid of being exposed, specially went down to beg and tried to snatch the phone when he knew he was being filmed.

Please spread these words to warn the women around you and to let everyone see the true colours of him. If you want to see more evidences, please PM me.

According to the post that was allegedly copy and pasted before the original one was taken down, Lawrence has been cheating on several women over a few years.

The latest story of his alleged cheating scenarios is him being with a married woman who has two children. They would meet once a week. Once the woman was found out by her husband, she allegedly drank a chemical to be put in the hospital.

What did netizens think?

But netizens were wise to what this woman was trying to do. They easily surmised that the person who posted the account wanted to give the internet mob a person to bring down, and the mob would definitely oblige her–if only she didn’t seem to eager to use them.

Eventually, the OP had to ask the forum where she posted the account to close the thread. Could it be because she outed herself to her husband? Was she the woman in the videos?

Then, she even issued an apology to Lawrence, the alleged man who did all the cheating. She did not categorically retract her statement.

What do you think? Did this woman get her just desserts for trying to use the internet against someone who cheated on her?

Header image from Shutterstock, young woman worried over a computer. 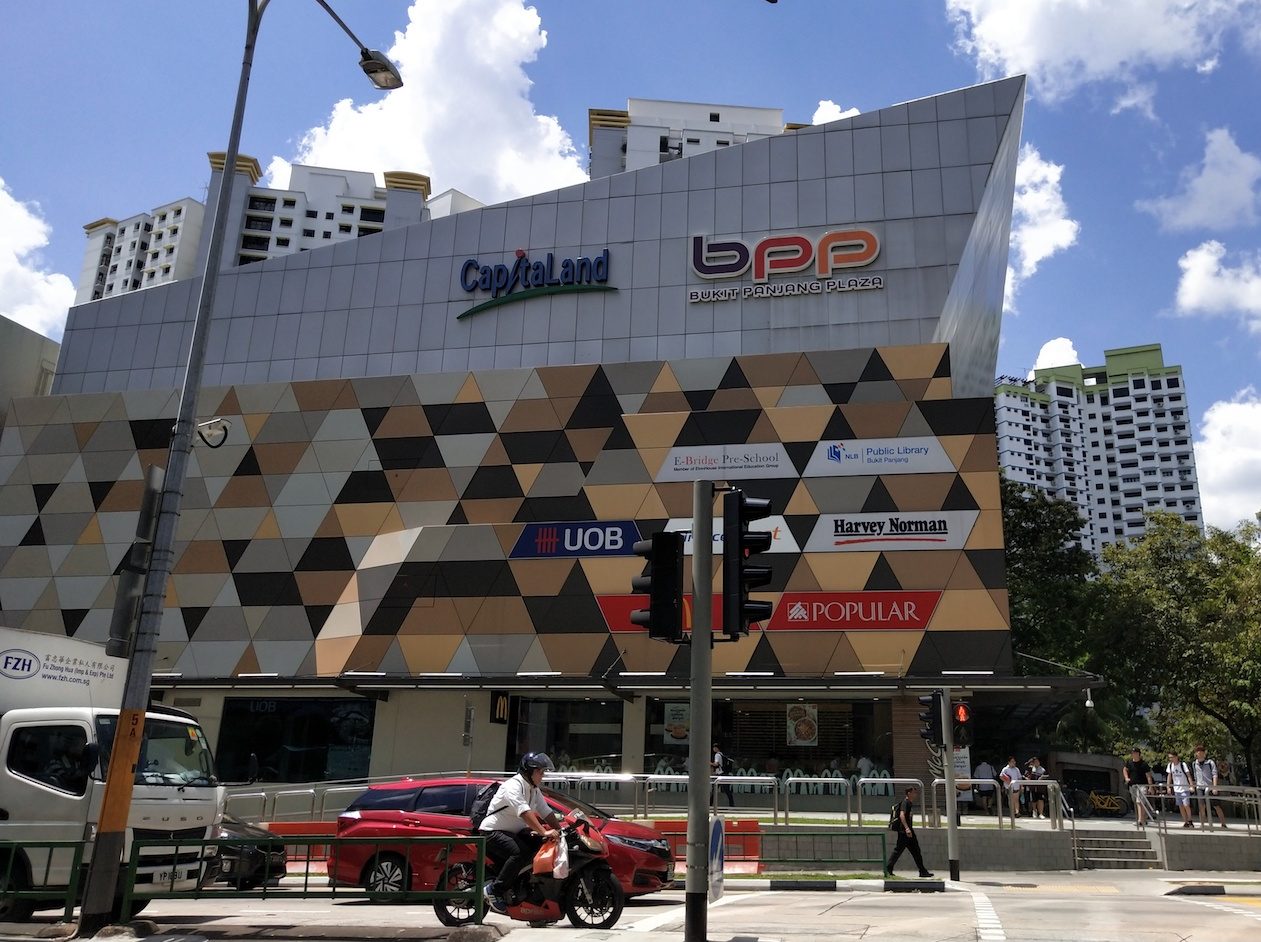 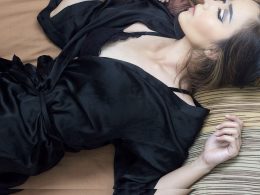 Women should be healthy.  They should eat right, get enough exercise, and avoid harmful behaviors. But this is…
byContributor