Vivian Lai, Alain Ong, and Pokka Corporation through the years While a lot of people may think that Vivian Lai and Alain Ong may have suffered a blow when the latter lost his CEO position at Pokka corporation,  the 41-year-old actress seems unaffected. Despite confirmation from the company itself that they are also performing an internal audit of the corporation under new management, Vivian’s position as endorser has not been called into question.

Read about Pokka Corporation’s reshuffling here and how Vivian retains her status as brand ambassador.

Testament to the star power of Vivian Lai

Some commenters online have made some statements over her brand endorsement in light of her husband’s role as CEO.

In 2012, she was allegedly paid $1 million to continue endorsing the brand. Recently, she also came out with a spot on TV and online where she promotes Pokka’s latest green tea drink product, and the advantages of catechins consumed regularly.

But if she has been endorsing the brand for eleven years as of 2018 and despite her husband’s removal from top management, her status hasn’t been affected.

According to Marketing, a business website, Mediacorp actresses and personalities have very strict rules regarding endorsements. Even if she may have been chosen again and again to endorse the brand, there is a possibility that Mediacorp also received a percentage of her earnings from Pokka.

The same website also said that her husband, Alain, did not just handle the Singapore arm of Pokka Corporation during his tenure as CEO. He had also handled the international marketing for the brand in over 60 countries.

He was also the one who pushed for more Pokka vending machines throughout the country and the world, as part of his legacy at the company.

That the company continues to engage her when younger, newer actresses and personalities have cropped up who are not tied to Mediacorp is a testament to her enduring star power and professionalism.

As reported in our previous article, Vivian and Alain have finally built their own home on their own land, which was said to be one of Vivian’s dreams. The house is said to cost $8 million.

The couple, their two daughters, and two domestic helpers live in a three-storey semi-detached home that may be on Holland road.

In April, they let news outlet Zaobao into their new home for a tour. They also allowed Home & Decor magazine to feature their newly-finished house in April 2018.

According to reports, the three-storey home has a concept kitchen, a large living area and a patio on the first floor. The second floor has the Master’s bedroom, her office and dressing room. The third floor includes her daughters’ bedrooms. She has two daughters, Ariel, 12, and Vera, 8.

She said that their basement had been fitted into a soundproof lounge where she and her family go to relax and de-stress after their difficult days.

Pokka Corporation has certainly been good to Vivian, Alain, and her husband, and they have also been very good to the company in turn. While reports say that an internal audit is happening and that the whole upper management has been reshuffled, this move has happened in April 2018, and that it does not mean Alain is no longer part of Pokka–he has just been reshuffled from the CEO position. 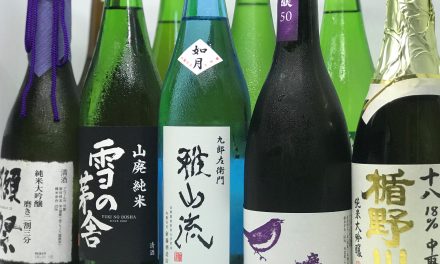 Sake Festival Singapore is back for sake lovers to enjoy premium and limited edition sake! 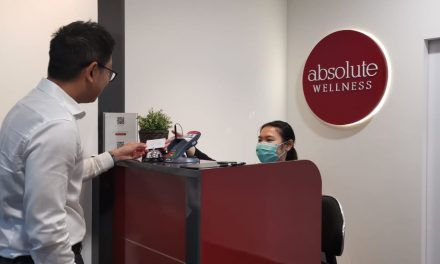 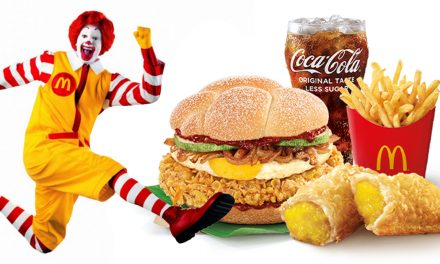