These are the 5 Singaporeans who met Malaysian Prime Minister Mahathir Who is Dr. Thum Ping Tjin?

Recently figuring in a session with Minister K Shanmugam, Dr. Thum or the man more commonly known as PJ, is an academic and former Olympic swimmer for the Singaporean team.

According to reports, he he was born in 1979 here in Singapore and he graduated in 2000 from Harvard University with a degree in East Asian Studies.

He also participated in the 1996 Olympics as s swimmer for Singapore. The Singapore Sports Council had awarded him The Sportsboy of the Year honor that same year. He is the first Singaporean and Oxford graduate to swim the English Channel.

He attended Oxford to get his second degree in Modern History and Politics. Durian his studies in Oxford, he was the Captain of the university swim team. He went on to further his education at Oxford, finally earning two more degrees, including his PhD.

From September 2008 to March 2011, he was a tutor at the Faculty of History, University of Oxford. He is a consultant writer at Oxford Analytica. He is currently the coordinator for Oxford University’s Project Southeast Asia. Who is Kirsten Han?

The outspoken freelance journalist is the Editor in Chief of New Naratif, an online journalism platform on Southeast Asian issues.

She has published work in the New York Times, The Huffington Post, and other international publications.

Educated in New Cardiff University, she was also a top communications officer for Doctors Without Borders.

A cat-lover, she lives with there Scottish boyfriend in Singapore, where she covers breaking news and throws herself into various causes for Singapore and Southeast Asia. She also has two black cats, named Houdini and Saltire. 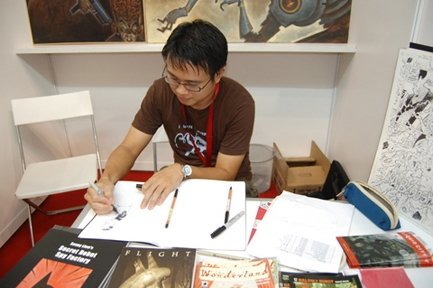 Who is Sonny Liew?

Comic book artist Sonny Liew has worked for international comic book publishing houses and as a freelance artist for his own work, which have garnered many awards over the years.

Best known for being the artist behind the award-winning The Art of Charlie Chan Hock Chye, which melds various genres into telling the life of a comic book artist in Singapore, Sonny Liew has been at the top of international bestseller lists–something that no previous Singaporean artist has been able to do.

He got his big break when he was picked up by DC’s other publishing firm, Vertigo Comics to work on some of their series, and he’s gone on to work for DC, Marvel, and other independent comic book publishers.

Take a look at his body of work here. Who is Jolovan Wham?

A staunch defender of lesbian, gay, bisexual, transsexual, and queer rights in Singapore, Jolovan Wham is an outspoken gay social worker and human rights activist, according to his own Facebook page.

He has been jailed several times, according to the Straits Times, most often for allegedly violating Singapore laws on assembly, where he has staged several rallies on various issues over the years. Thousands of people have shown up during his trials.

He was previously the Executive Director of the HOME: Humanitarian Organisation for Migration Economics and is currently working for Community Action Network – “CAN Singapore”. Who is Tan Wah Piow?

Most known for having his Singaporean citizenship revoked after he served a sentence in jail, this former student activist (in 1976) and now-lawyer living in London was accused of attempting to set up a Marxist regime in Singapore.

He recently won tickets to return to Singapore–which he cannot use in light of his cancelled citizenship here! He had successfully asked for political asylum in London and has lived there ever since. He is still very much active in the Singaporean community living in Britain.

All five of them had recently met Dr. Mahathir Mohamad, who was asked to speak at a forum on democracy in Malaysia. 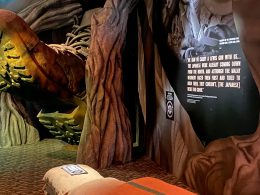 The Fall of Singapore in 1942 was a significant chapter in the nation’s history. Despite the many decades…
byIrone Kim SHREK THE MUSICAL is now showing at the MasterCard Theatres at Marina Bay Sands. I caught the opening night…
byalvinology