Five Singapore Civil Defence Force officers have been charged for their involvement in a ragging incident which has resulted in the death of Kok Yuen Chin, a 22-year-old full-time national serviceman. This is the first time the public is seeing their faces after news of the incident broke on May 14, a day after his death.

Chin was found in an open pump well, which resulted in his death on May 13. According to reports, Mohammad Nur Fatwa Mahmood, 33; Mohamed Farid Mohamed Saleh, 34; Kenneth Chong Chee Boon, 37; Nazhan Mohamed Nazi, 40; and Adighazali Suhaimi, 32 were being charged. Sergeant Nur Fatwa was the one who was allegedly responsible for pushing Chin down the well.

According to the Straits Times,  “First Warrant Officer Farid was charged with abetting a rash act causing death. He had allegedly instigated Staff Sgt Nur Fatwa to push Cpl Kok into the pump well.

Lieutenant Chong and First Senior Warrant Officer Nazhan were each charged with abetting a rash act causing grievous hurt by illegal omission. The duo had allegedly failed to prevent a group of servicemen from pressuring Cpl Kok to enter the pump well, thereby endangering his life.

Staff Sgt Adighazali was charged with intentionally obstructing the course of justice by deleting a video recording on his mobile phone of Cpl Kok being pushed into the pump well.”

As for Staff Sgt Nur Fatwa, his lawyer indicated his desire to plead guilty, and so his case would be heard on September 25.

Eight other officers are under investigation for failing to prevent the ragging, even with knowledge that the men were planning the session.

Reports said that the ragging was a planned ceremony for Chin, who had only two days left before he was deemed operationally-ready. He was 22 years old, and was a naturalised Singaporean who came from Malaysia.

To celebrate his impending graduation, he and his squamates participated in the ragging, where he was required to get into the pump well. But when things went awry, Chin was pushed, and other members of his squad egged the pushing on, while others took videos.

What are the authorities doing about the ragging?

Since this is an organised effort to do something illegal, authorities have created a board of inquiry that includes several representatives from various agencies. Safety measures have also been instituted to keep incidents like such from happening at the specific pump well again.

A fence has been erected at the well.

CCTV has also been installed to monitor the premises better, and to prevent other similar incidents from happening.

As for the officers and other personnel who knew about the ragging that was happening, if departmental investigations prove that they were involved or even turned a blind eye to the knowledge the ragging was going to happen, they could face demerits and demotion.

Ragging is part of the institution?

It seems that ragging is a big part of the graduation process for national servicemen, especially when so many are aware and enable the system to hide and enact incidents like this.

It would also be hard for servicemen who were previously ragged (and survived) to resist from ragging the newer personnel, just so they can feel like their hardships were worth something.

Photos from The Straits Times.

World’s First Nerf Action Xperience (NAX) Arena is in Singapore! Here are all the challenges that await 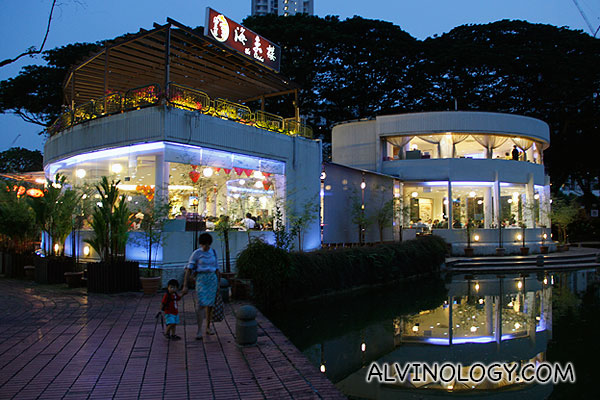 Having a meal at Oasis Taiwan Porridge restaurant is like a walk down memory lane. The restaurant has…
byalvinology