Many Singaporeans may be familiar with the news of Ben Davis’ application to defer his National Service being rejected. However, other than knowing him as the first Singaporean to be signed by an English Premier League club, what else do you know about him? Read on to find out more about this rising star!

Ben was actually born in Thailand and has a Thai mother and British father. However, he applied for Singapore citizenship in 2009 (when he was 5) when he moved here.

He plays as an attacking midfielder in games.

Ben signed his first professional Fulham contract in June after impressing at trials. He was actually spotted in a scouting mission when playing in an international tournament in Singapore.

He is the first scholar in Fulham to hail from Singapore!

Other than being awarded the 2-year scholarship in 2017, he impressed the club enough to clinch a second deal! A few days ago on 13 July, Fulham announced that he was a key player in their U-18s last season and would continue overseeing his development with the English side.

He expressed to the media that his dream was to become a regular for the Singapore U-18 and U-23 team and to eventually play for the Lions at the senior level.

Actually, he has already been summoned for the Lions senior squad!

Ben first started out his football career with the JSSL Singapore, a local youth academy started by his father Harvey.

Most recently, he signed a professional contract with Fulham in June but was informed by the Ministry of Defence (Mindef) on June 11 that his request for National Service deferment was rejected. He is set to enlist later this year in December.

Many Singaporeans are supportive of his ambitions and an online petition has even been set up to call for approval of his deferment application. At last count, the petition had approximately 19,000 signatures.

Netizens who signed the petition cited reasons like supporting local talent and giving Ben the chance to achieve his dreams at the international level.

His father, Harvey Davis, has been featured in the news as he responds to claims that his son had no intention to serve NS.

National athlete Joseph Schooling also spoke up on the issue and urged Ben to do what he “needs to do”. He sympathised with Ben and expressed his gratitude towards his personal support system and Singapore’s allowance of his deferment previously.

Should Ben decide to forgo his Singapore citizenship to pursue his football career, Fifa qualifies him to play for Thailand and England due to his familial background. The Thailand National Teams have already expressed interest to welcome Ben should he decide to play for Thailand instead. Of course, he would be labelled as AWOL from NS and be a fugitive under Singapore law should he decide to take up the Fulham offer.

This would be a setback for Singapore’s football scene as we would be losing a rising talent who was previously nurtured by the Football Association of Singapore (FAS) through its Junior Centre of Excellence and National Football Academy.

Presently, Singaporeans are all waiting with bated breath to see what course of action Ben and his family chooses to take.

Click here to read about a Singaporean father’s letter to his son in response to the Ben Davis news. Celebrating a decade since the launch of the first Galaxy S, Samsung Electronics introduces a new line of…
byIrone Kim 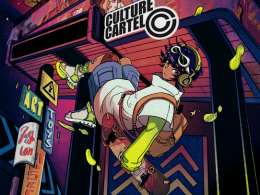