Popular Singaporean social media influencer, Yeoh Mong Chin, or better known as @Mongabong on Instagram, will make her television debut in Who Runs the World with Mong Chin on A+E Networks’ LIFETIME Asia next Monday (23 July). Having carved out a niche for herself on the Instagram landscape since starting out five years ago, she’s amassed a following of more than 147,000 followers on Instagram and created a career from her love for fashion, beauty, travel and food.

Who Runs the World with Mong Chin is a brand new six-part, digital-first original series is hosted by Mong Chin, and the show takes her on an epic adventure participating in six runs, in six Southeast Asian countries over eight weeks: Singapore, Malaysia, Indonesia, Thailand, Philippines and Vietnam. The series marks the latest partnership between A+E Networks’ LIFETIME Asia and Canon.

At a press event on last Thursday (12 July), Mong Chin celebrated her television debut at Ground Zero, one of the locations she visited in Singapore as part of the series. She personally met members of the media and shared her thoughts and experiences in being part of the show.

Mong Chin shared, “Embarking on this project is a first in many ways for me and encompasses all the things that I’ve always loved from travel, food and photography. Being a part of Who Runs the World with Mong Chin has given me the confidence to overcome many challenges and brought me closer to my followers as well. I’m excited to use this opportunity as a new platform to be able to share my experiences by creating unique and authentic content for my followers.”

While prepping for her runs, Mong Chin meets individuals from all walks of life who are united by their love for running, music, food, and fashion, among other shared interests. As part of her adventures across Southeast Asia, Mong Chin also explores unique locations that are off-the-beaten-track. Mong Chin takes on the ILLUMI Run in her home country, Singapore, an ultimate party on the run where participants run through ILLUMI glow water (a water based, non-toxic, glow in the dark paint) and move to electrifying music in the ILLUMI dance zones.

She also joins outdoor enthusiasts, Ministry of Adventure, for a kayaking expedition at Punggol Waterway. Mong Chin then goes behind-the-scenes of Toruk: The First Flight by Cirque du Soleil, where she tries her hand at performing some moves with cast members, such as kite-flying and boomerang-throwing. Not to be missed is the Instagrammable Boufe Café in Phoenix Park, where Mong Chin tastes and snaps the most colourful sweet treats. See Mong Chin in the Malaysian capital’s most iconic running event – Standard Chartered Kuala Lumpur Marathon as she joins runners from all over the country, who pit themselves against international champions on the streets of Kuala Lumpur.

To get in shape before the run, she meets personal trainer and businesswoman, Nana Al Haleq for a training session. While in Kuala Lumpur, Mong Chin visits batik artist, Lazim Ismail and Nadia Hasbi, to design hand painted batik sports leggings. For a grand cafe experience, Mong makes a trip to Juan Valdez for their rich cup profiles, where she also has a go at making latte art. Mong Chin takes part in the annual Singha Songkran Chiang Mai Run – a race to celebrate the Thai New Year. This nighttime run ties in with four days of celebrations across Chiang Mai. As part of the festivities, Mong Chin joins the locals and tourists as they get soaked in water fights all along Chiang Mai Old City.

Viewers will also see her walk through the Bua Ton’s Sticky Waterfalls. The rushing waterfall is not only a sight to behold but it has a unique feature that allows one to climb directly up the rocks into the oncoming cascading water. Mong Chin gets the chance to feed and pet sheep at Farmyard Café, and then enjoy a refreshing ice-cold dessert – mango bingsu. In Hanoi, Mong Chin joins a local running club, the Hash Hound Harriers, on their run along the countryside. Following a trail set by the Hares, the runners race to a mystery end location where a crate of beer awaits them. Mong Chin also helps the Hares set the trail for this race.

While in Hanoi, Mong Chin soaks in the sights via a street tour on a Vespa, visiting the Unicorn Pub for a Pho Cocktail and wraps up at the famous Train Street along Hanoi’s Old Quarter. She is invited to dine at a local’s home and have a taste of authentic Hanoi cuisine. To conclude the trip, Mong Chin takes part in a 1920s themed murder mystery party and has to figure out who the murderer is by the end of the night. On the day of the famous Rinjani Run, Mong Chin visits the second highest volcano in Indonesia, Mount Rinjani and does the beginners run up Bukit Sisek.

In Lombok, Mong Chin meets Chelsea Etienne who is the owner of Island Mermaids, the first school in the world to do mermaid swimming – swimming with a mermaid tail costume – out in the open ocean. Mong Chin becomes a mermaid for a day and takes a glass bottom boat out in the clear sea for a swimming lesson at Pantai Pandanan. She visits the local Tanjung market to shop for local produce, then uses the ingredients to whip up a delicious meal in a traditional Indonesian cookery class. Mong Chin faces multiple obstacles in the Spartan Sprint as part of the Spartan Race Cebu 2018, having to climb, push, jump, and crawl through fire, mud and barbed wire. Image Credit: LIFETIME Asia

Continuing her adventures in the Philippines, Mong Chin takes on the Spartan Sprint as part of the Spartan Race Cebu 2018, in which she pointed out was her most memorable and toughest run among all the other runs. She faces multiple obstacles having to climb, push, jump, and crawl through fire, mud and barbed wire in order to finish the race.

To wind down, she goes to Cebu’s famous BBQ street, Larsian Sa Fuente, the ultimate go-to place for Cebuano foodies to check out the best grill eateries in town.

Who Runs the World with Mong Chin series has adopted a digital-first approach by creating exclusive online content with Mong Chin that launched on-location as the series was being filmed, to allow the audience an immersive and deeper experience, connecting with Mong Chin on a personal level. For the first time ever, fans were able to go behind the scenes and follow the production team and Mong Chin’s adventures in real-time.

In the show, Mong Chin will also share some tips and tricks on photography with the Canon EOS 50 Mirrorless Camera, the camera that was used during the filming of Who Runs the World with Mong Chin. It boasts features such as interchangeable lenses, connectivity with seamless image transfer to mobile devices and 4K movie shooting capability – all packed in a compact body. 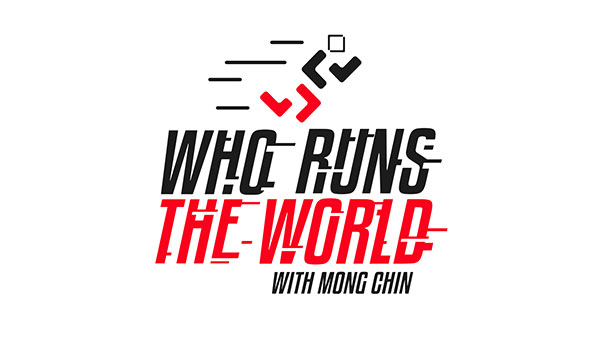 If you’ve been around the internet for a while, you’ll know that planking was a crazy thing a…
byStaff Writer 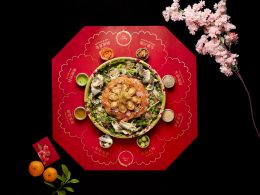 Lohei at home in luxury with Season’s Best this CNY