Divorce Before 3 years: What you need to know Are you planning to file for divorce but been married for less than 3 years?

In Singapore, a married couple will not be able to divorce each other if the marriage has subsisted for less than 3 years, unless the court’s permission has been obtained. The court will only grant permission if the party filing for a divorce had suffered exceptional hardship, or if their spouse has behaved with exceptional depravity. This article will explore the options a party has in such a circumstance.

Courts take the view that some hardship should be expected in any marriage, and it is only in exceptional cases where the courts will choose to exercise their discretion to grant leave notwithstanding the fact that parties have been married for less than 3 years. A good divorce lawyer can help you explore your options.

What are some examples of extreme hardship suffered?

If the allegations are proven, the courts will consider whether such acts amount to exceptional hardship. As defined in the case of Ng Kee Shee v Fu Gaofei, exceptional hardship is found when the problem in the marriage is out of the ordinary and more than what an ordinary person should reasonably be asked to bear.

Apart from that, the court will also factor into their equation any hardship arising from past conduct of the other spouse, the present hardship suffered, as well as potential hardship that may arise from having to wait for the three-year bar to elapse. However, the court will also weigh the prospects of reconciliation.

Some instances the courts have granted leave for divorce to a marriage under 3 years include:

–         When one spouse refuses to have intimate relations and vowed never to return.

Aside from proving exceptional hardship, do I have any other options?

If you are unable to prove exceptional hardship, you may consider annulling the marriage if you think you are able to prove that it is either void or voidable. An annulment is a legal procedure to declare a marriage null and void. Unlike a divorce, an annulment proceeds on the basis that the marriage did not even exist in the first place. Hence, both parties’ marital status would revert to “single” in the case of an annulment, unlike becoming “divorcees” in a divorce. When will a marriage be void?

Section 105 of the Women’s Charter lists out certain grounds for a marriage to be void:

·        Marriages between Muslims that are registered/solemnised under civil law

·        Where one party is already married under any law

·        Parties to the marriage being closely biologically related

·        Where the marriage was not properly solemnised

·        Marriages between parties of same gender

When will a marriage be voidable?

Section 106 of the Women’s Charter lists grounds on which a marriage is voidable:

·        Where the marriage has taken place without either party`s valid consent (due to one party consenting under duress, mistake or mental disorder)

·        Where at the time of the marriage, either party was capable of giving valid consent but suffered from a mental disorder within the meaning of the Mental Health (Care and Treatment) Act 2008 so as to be unfit for marriage

·        Where at the time of the marriage, one party was suffering from a transmissible form of sexually-transmitted disease

·        Where at the time of the marriage, the wife was already pregnant to another man

A good divorce lawyer will be able to explain and guide you through the options available to you.

Header image from Shutterstock, Man and woman talking in a meeting. 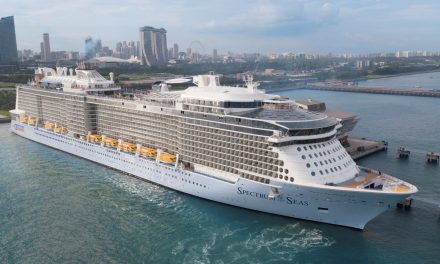