In terms of payment habits and sentiments, Singaporeans see cashless as a faster and more convenient way to pay. Seventy-four per cent say they currently do not use cash at  point-of-sale, as they do not like to hold up the queue at checkout counters. Moreover, half of respondents prefer shops that accept electronic payment options instead of only cash (55 per cent).

The study also showed that a third of Singaporeans are carrying less cash with them as compared to a year ago. The top reasons are due to increased payment card usage (66 per cent), and contactless payments (55 per cent). 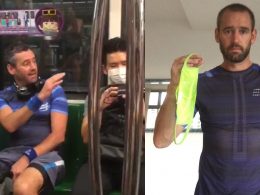 Factors to consider when choosing your Business Banking Partner in Singapore

After a structural revamp of my company, we have embarked on expansion with more hires as well as…
byalvinology